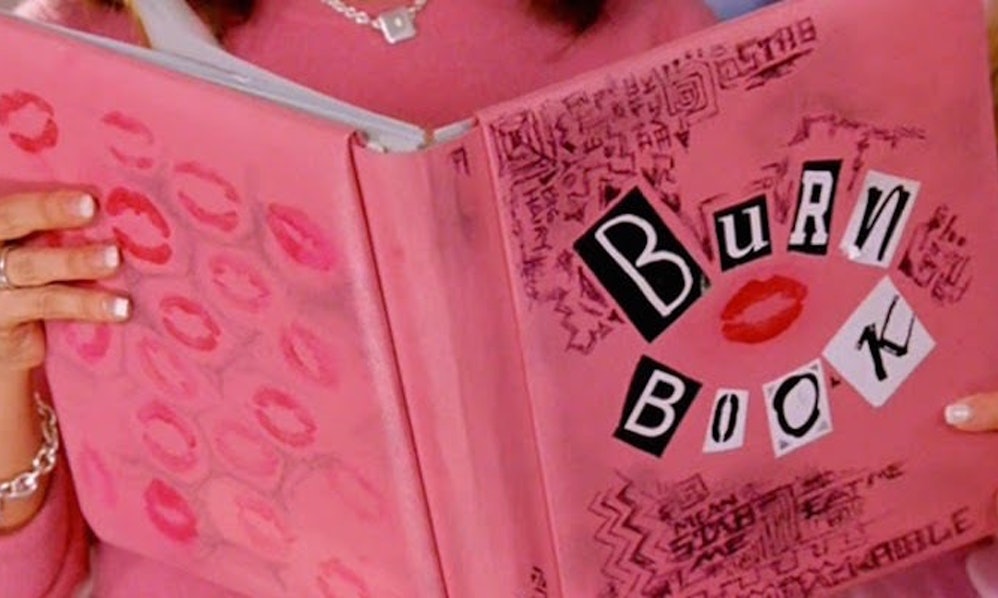 Social media is considered to have a significant impact on body image perceptions of women of all ages – particularly on adolescent girls. With the increased popularity and usage of social media sites such as Facebook and Instagram, more adolescents are developing negative perceptions of their own body image based on what they see on social media. They begin to compare themselves to others resulting in poor mental health, body dissatisfaction and ultimately leading to destructive behaviour such as eating disorders. We see this behaviour portrayed in the popular film ‘Mean Girls’, although it is not directly addressed. We do see references to eating disorders, body image concerns and negative body portrayal. It is an accurate representation of some girls’ experiences through high-school (and beyond!), and can be observed in today’s society through social media in the same context of bullying, body image comparisons and dissatisfaction and can be effectively transcended and adapted to the issues in today’s society.

Body image refers to the way in which an individual views their own physical self, either in a negative or positive light, and can be influenced by various factors including social media, magazines and TV/film (Reach Out 2018). Research suggests that body dissatisfaction can lead to severe psychological problems, and has been identified as a serious public health problem (Fardouly et al. 2016). Particularly as social media continues to play a large role in the daily lives of adolescent girls, with studies suggesting that as many as 20 million American women alone will experience an eating disorder at some point in their life, with social media being a trigger to this behaviour (Tackett 2018). The following research exemplifies these ideas based on conducted studies on adolescents.

While social media can easily be blamed for portraying an ‘ideal’ body image, it is also a dissemination from other media outlets to mass audiences. The idea of a ‘perfect’ body image in recent times originated from media such as magazines and television, depicting women with a particular body shape, weight and size that are ultimately unattainable for the average person, and social media has assisted in the mass distribution of these ideals around the world. Following this, other outlets are able to disseminate images and videos to a mass audience, reaching millions of users on social media who begin to think that this is a standard of which they need to live up to. The weight of models, celebrities and other prominent figures featured in these magazines, runway shows and other events are often much thinner than the average woman. This inflicts a negative portrayal of the ideal body for adolescents to aspire to, sparking an increase in health and eating disorders in order to reach the ideal-self.

Continuing on from the idea of the negative consequences from body dissatisfaction, a recent study was conducted in the United States in which four ideas were explored, including whether social media is a major factor in perceived body image. The study found that participants felt that social media plays a major role in how they perceive themselves, and further draws attention to eating disorders and other negative behaviour (Kalnes 2015). It was determined that over 75% of teenagers use social media sites and the media portrayal of the ‘thin ideal’ is directly linked to high levels of body dissatisfaction and consequently to depression and eating disorder behaviour (Kalnes 2015).

Instagram ‘influencers’ or celebrities have generated millions of followers, and as this particular social media platform is prevalent amongst teenage girls, they may often feel overwhelmed by the pressure to change their appearance to fit the image that these influencers are producing. How many times have you been scrolling through your Instagram or Facebook feed, and thought to yourself “I wish I looked like her”? I know I’ve had these thoughts myself and have found it to be quite damaging, as various research studies suggest. It is important to remember that majority of the time, these images have been significantly altered or retouched in some way, and are often not accurate representations of the individual in the image.

Take this example of Jessica Alba in 2009, after being significantly photoshopped for a Campari Calendar Shoot (Vancouver Sun 2015). Her figure, skin colour and facial features have all been altered.

Presenting altered or edited images projects an unattainable image of how a woman should look or how society depicts the ideal woman, resulting in highly susceptible adolescent minds to attempt to attain these ideals, sometimes taking dangerous and harmful measures to do so, such as extreme dieting and other unhealthy habits. Further research needs to be conducted into the potential long-term effects of appearance comparison amongst adolescents.

As the popularity of social media sites increases, it is important for adolescents to understand that often, these images have been altered and manipulated to change appearances. A recent study conducted on adolescent girls determined that exposure to altered social media images resulted in lower body image perception, even though they were able to detect when a photo was reshaped or when a filter had been used (Kleemans et al 2016). The study was conducted using the Social Comparison Theory, of which is a well-known publication, and shows how we determine social and personal worth based on how we compare ourselves to others. Furthermore, this study concluded that girls with higher social comparison tendencies were more negatively affected by manipulated images on social media sites.

Further research on the idea of altered or edited photos and their impact on body image perceptions on adolescents have been undertaken, with the results showing that participants were more attracted to the retouched images, and opposing the previous research by Kleemans, participants were unable to distinguish between images that had been edited and those that weren’t (Harrison & Hefner 2014). This study also concluded that manipulated or edited images still had an impact on teenagers, as they project a false image of appearance of which, many teenagers may feel the need and desire to live up to these expectations and attract the same attention as those with altered images do (Harrison & Hefner 2014).

There are several examples of appearance comparison and judgemental behaviour in the media – take the popular 2004 film Mean Girls. While this was before the time of highly-visual social media sites such as Instagram, we saw the same effects in the form of ‘The Burn Book’. Judgements were made on other females based on their appearance, their style of clothing or their behaviour, then replicated and distributed to the entire school, creating disastrous results. In some aspects, social media has become the fictional North Shore High School, where adolescents are feeling judgement and pressure to conform and aspire to be like someone else. This film accurately portrayed the damaging effects of such behaviour on girls.

Social media also enables the opportunity for online bullying or “trolling”. Much like the fictional ‘Burn Book’, except instead of negative comments being released in ones’ school, its released to the whole social networking community. Not only are adolescents comparing their own appearance to that of others, but in some cases, comparing others’ appearances, making judgements and leaving hurtful comments. Has social media become the real life ‘Burn Book’? Information and images have the potential to become ‘viral’, or to spread throughout the internet at particularly fast rates, so adequate care needs to be taken before posting anything to social media sites.

Following this, other outlets are able to disseminate images and videos to a mass audience, reaching millions of users on social media who begin to think that this is a standard of which they need to live up to. The weight of models, celebrities and other prominent figures featured in these magazines, runway shows and other events are often much thinner than the average woman (often dangerously so). This inflicts a negative portrayal of the ideal body for adolescents to aspire to, sparking an increase in health and eating disorders in order to reach the ideal-self. This element is also explored in Mean Girls, as one of the main characters, Regina George, attempts to maintain a dangerously thin physique and remain a particular dress size. In some scenes of the film, she is seen to be on ridiculous ‘diets’ and giving in to ‘fad’ products that claim to maintain this figure (or so she thinks). This provides an accurate example as to the influence of social media, where influencers or celebrities are often seen promoting a product for weight loss, hair growth or teeth whitening, encouraging their followers to purchase or try them. Majority of the time, they are paid to promote these products, have never actually tried them and are often promising false measures of success.

Another recent study monitored the use of social media amongst girls for a period of five days, at an interval of five times per day. They were required to answer questions based on whether they had compared themselves to another on social media, looked better or worse than them, rated their body image and so on (Fardouly et al. 2016). It was found that majority of the participants thought that other users were more attractive, and found that comparing themselves was particularly harmful and negatively impacted their mood immediately following, more so than if they were to compare themselves to images in magazines (Fardouly et al. 2016). The findings from this study are consistent with other research conducted, and appearance comparisons on social media can be directly linked to depression, body dissatisfaction and other mental health concerns (Fardouly et al. 2016).

The common denominator in each of these studies was that of the negative impact of frequent use of social media. With millions of users in Australia, over 940,000 of these are people aged between 13 – 17 years of age (Cowling 2017). People of this age group are widely susceptible and easily influenced by what they see on social media, and are being exposed to images and ideas that are altered, edited or manipulated to project an unrealistic idea of appearance and body image. It is imperative for adolescents to understand the idea of images having been significantly edited on social sites as they begin to benchmark themselves to impracticable body image and beauty ideals that are ultimately unattainable. This eventually leads to poor mental health and potential eating disorder behaviour (Mingola et al. 2017).

Based on the results from this and various other studies conducted, social media is the platform in which adolescents are most likely to compare themselves to images of other people. It is important to take regular breaks or ‘detox’ from social media on a regular basis if it is causing negative feelings about body image. It would also be an effective means of reducing the impact of social media by choosing not to follow those who incorporate a large amount of editing into their photos. However, an individual must be able recognise the issues and negative impacts arising from social media use in order to take these actions and improve on their perception of body image. One of the key messages from Mean Girls is to always be yourself, and not to turn into something you’re not, which is an important lesson for all adolescents.

Reach Out Australia 2018, ‘What is body image?’, Reach Out, < https://au.reachout.com/articles/what-is-body-image>