Why We Need Mina-Centric Dracula

As one of the most adapted work of literature, Dracula has had many reinterpretations. At first the story was about simple good vs evil, the group of gentlemen fighting against the evil vampire, to romantic anti-hero vs xenophobic group of misguided men, the character of Dracula saw many incarnations. Next to Dracula himself, Abraham Van Helsing was reinterpreted the most. Sometimes he was a gentle old professor with in-depth knowledge of vampires who wished to help his friends (Edward Van Sloan), or sometimes he was an intelligent and strong-willed vampire killer who was not afraid to physically grapple with Dracula (Peter Cushing), or just a madman (Anthony Hopkins).

However, we never really saw much reinterpretation on Mina… other than being from a damsel in distress to being a star crossed lover. Tragic thing is, Mina’s character has so much potential for reinterpretation, and huge appeal for today’s audiences.

Mina is often regarded as “That second victim the good guys managed to save”, or love interest for Dracula. However, Mina is actually the main architect in Dracula’s downfall.

It was Mina who organized the different accounts, such as diaries and newspaper clippings regarding strange happenings to make sense of the situation, and typed them into one document. Mina also interviews Renfield to learn more about Dracula. After she was bitten by Dracula, Mina’s telepathic link to Dracula becomes very crucial in tracking down Dracula.

Mina is displayed as an emotional center of the protagonists, as well as the vital intellectual member of the group. Men were baffled before Mina decided to help, and once she provided the brain and her heart, Dracula was doomed.

What Is The Problem? 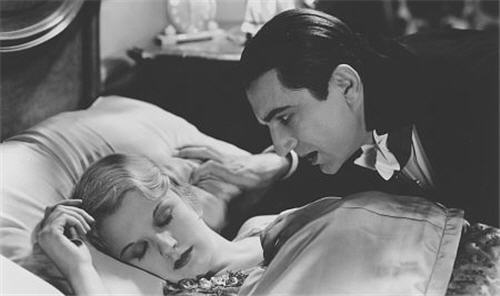 Despite the crucial role Mina played in the downfall of Dracula, her role was downplayed in…virtually all the adaptations except in Nosferatu and its remake. In that remake, the character based on Mina lures Count Orlock (Dracula) and destroys him by making him stay till the sunrise, which resulted in her death as well. Other than that…well, she was typical damsel in distress, or love interest of Dracula. There’s Mina from League of Extraordinary Gentlemen, which would be closest to the novel’s Mina. This version of Mina was the leader of the group, who recruited and controlled bands of unstable characters. But we are yet to see strong and intellectual Mina in strictly Dracula adaptation.

In many cases Mina is robbed of her intellect, which distinguished her from other victims of vampires (until today).

For example, in Dracula (1932), Mina is a naive daughter of Dr.Seward who is easily seduced by the exotic count, and ignores Van Helsing’s instructions. Mina does not fare any better in Horror of Dracula (1958); in this Hammer Horror flick, Mina is a wife of Arthur Holmwood, who unwittingly lets Dracula into her house. In any other movie, Mina never plays major role in the destruction of Dracula as described in the novel. In Bram Stoker’s Dracula (1992), Mina is a tragic heroine who falls in love with a random guy she sees on the street (who turns out to be Dracula, of course). I do not really need to give much examples here. Just grab a random Dracula-based movies, and you will never see that Mina who fights against Dracula.

Why Is This Happening?

The most obvious reason for downplaying Mina’s role would be Dracula himself. He is the titular character, and the star of the story. Dracula gained the fame as the undying vampire king, almost like Satan in terms of charisma. If such a figure is to be defeated by a victim, the audiences may not find him threatening (at least that would be what the creators seem to think). In addition to this, the picture of iron-willed vampire hunter vs the evil vampire king is still the popular picture. This led to the emphasis on Van Helsing and other vampire killer characters.

In the early vampire movies, women generally played the victim, and based on that cliche, Mina was robbed of her quality. Later on, Mina became a tragic lover in favor of romantic Dracula, which is in some ways, worsen her character in my opinion. So Mina falls in love with a man who caused the death of her best friend, and becomes a subject to so-called destiny because she looked like Dracula’s wife? Also, considering how Dracula treated women in the past (his three vampire women, the woman who was killed by the wolves when she begged Dracula to return her child, and Lucy), I am not sure if Dracula would be the ideal lover people make him out to be. Well, Dracula did admit that he is capable of love, but he said that to the three vampire ladies. I have a feeling that his “love” has a terrible consequence.

Also, I suspect that many contemporary writers found her conservative perspective distasteful and somehow thought turning her into a tragic lover more redeeming. Mina openly displays her dislike of “New-Women” in her diaries, and admits being happy to assist Jonathan as a good wife. Her knowledge of train schedule was a result of Mina helping Jonathan with his travel plans. Mina might be intelligent, but many of her actions are based on the Victorian conservative good-wife stereotype. I can assume that many contemporary readers found this distasteful and wanted to alter her character for more modern touch. Sad thing is that Mina’s strength was robbed in the process – without her intelligence and will, Mina is indistinguishable from other victims.

Why Do You Want Mina-Centric Dracula Then? 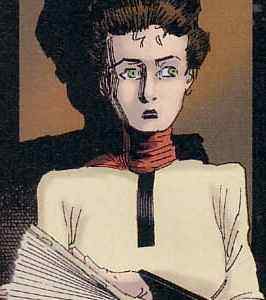 Mina in the novel has a crucial role which was never portrayed in any of the adaptations, so making her the emotional and intellectual center of the group would refresh how people perceive Dracula. Also, Mina gets to have two battles – against Dracula, and against the men surrounding her. The latter would be a pitch to those who despise the conservative depiction of Mina in the novel.

Despite Mina’s contribution, the male protagonists treat her as if she is a helpless damsel- they appreciate her contribution, but order Mina to stay home while they are out to hunt Dracula, and Jonathan Harker’s epilogue states that Mina should be thankful for their service for her and completely ignores Mina’s crucial contribution to the destruction of Dracula. Considering that many Dracula reinterpretations pretty much bend the accounts in novel for their preference (the most common school of thought is that the most of the characters’ thoughts in the novel are not what they really meant…), it would not be impossible to imagine Mina being frustrated with how men treats her but hides it in her diaries. It will also be interesting to see how Mina tries to protect herself despite the men’s ineffectual protections. After all, Dracula was successful in invading Mina’s bedroom although the Van Helsing and others have already experienced the same attack on Lucy. Perhaps Mina will have an open confrontation with the men, especially with Van Helsing or Seward, regarding how they are approaching the Dracula matter and play lead role as a result.

By turning Mina into the main character, we get to see the woman’s struggle in Victorian men’s society as well as her battle against the vampire king. Combining these two struggles will create intense drama with multiple layers. In addition to this, the recent pop culture trend saw the emergence of strong female characters, such as Furiosa from Mad Max: Fury Road, and casting Mina in such a role would help the trend to prosper.

This approach can also shed a new perspective to other characters as well. For example, what kind of man should Jonathan Harker be in order for Mina to fall in love with him? What kind of conflict would he have with Mina, or other men who might expect Jonathan to “care” for his wife? Also, how would this change Mina’s interaction with Dracula? This time Mina will not be helpless victim or helplessly in love, which will be something new to the audience not too familiar with the original Dracula. This will also attract those who are not happy with how women are traditionally portrayed in vampire movies, and who knows if we will see another masterpiece from those encouraged by the trend?

We have seen similar attempts made with Sherlock Holmes – by focusing on his eccentricities and anti-social behavior, Sherlock managed to paint the updated picture of Sherlock Holmes and made it mainstream. The new depiction of Sherlock Holmes based on the aspect not familiar to the public helped to revive people’s interest in the detective and launched another boom in Sherlockian tradition. I believe it is about the time with Dracula.

But this time, it will be Mina in charge. Not the immortal vampire king, but the woman who brought down Dracula.