My Fair Lady review: Just how ‘loverly’ is OSF’s production? 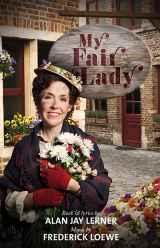 My Fair Lady is a musical about a poor and uneducated woman named Eliza Doolittle. She can get nowhere in life due to many things, the biggest being her cockney accent and brutish actions. She enlists the help of Professor Henry Higgens who promises to turn her into a duchess. With his help, Eliza is slowly turned into a lady. But it is not as easy as either Eliza or Higgens had imagined.

The play stars Jonathan Haugen as Henry Higgens, Rachel Warren as Eliza Doolittle and Anthony Heald as Alfred P. Doolittle, Eliza’s father. The March 30 show, the performance that is in review, featured Rodney Gardiner as Alfred Doolittle. Haugen, Warren and Gardiner shined in their respective roles. Jonathan Haugen, who has spent 14 seasons at OSF, performed with grace and a flamboyant flare that added more dimension than anticipated. Elizabeth Warren’s ability to sing in accents was a treat. Her range is breathtaking and her acting was above par. Gardiner moved with such conviction that, if not told, one would believe that he had been cast as lead. The remaining cast were able to showcase good singing talent, though not all were great actors. Many in the ensemble would glance out at the audience at inappropriate times, which detracted from the play. One can’t help but be reminded of terrible high school productions when even they see that, especially if the actor, or actress, locks eyes with members of the audience.

Like a growing number of productions, this play featured the leads with microphones. While this allows for voices to reach the audience loudly and clearly, it also causes the show to lose its intimacy, one of the greatest aspects of a theater. If one actor was in the back, close to the scrim, and the other was close to the audience, their voices should carry differently. Sadly, this doesn’t happen when you allow microphones. To many theater goers, this doesn’t matter one bit. It all depends on personal preference. The theater seats 601 patrons and the acoustics might have been able to handle the singing, but the director appears to have erred on the side of caution.

The set is considerably bare, with only two grand pianos in the center. The outside areas of the stage were filled with chairs and what looked to be rod iron set pieces that were fitting for both the bar and manor scenes. There is a large sign with ‘My Fair Lady’ illuminated by bright lights. Other than occasionally flashing, its purpose might leave one scratching their head. With the theater as bare as it was, it makes one wonder why the large, hanging sign was there as it illuminates the audience.

At a run-time of three hours, this play is much longer than most modern plays, which have become considerably shorter as the years advance. Had the play been funnier or more dramatic, the hours would feel as long, but the play only provided middle-tier excitement.

Fans of the classic film will enjoy this production’s execution as it is close in many ways to the film. The play also differs in many ways, sometimes being closer in resemblance to Pygmalion, the original play. The biggest difference, where it differs from both the film and the classic play, is the end. Without spoiling too much, the play’s end is abrupt and lacks the same amount of ambiguity that makes the film, and other versions, so beloved. In the end, this is a decent play that is lucky enough to be carried by a very strong cast.

If you find yourself in the Ashland area, tickets can be purchased with prices ranging from between $25 to $100. My Fair Lady runs until November 3, 2013.

Posted on May 18, 2013 by
Austin Bender
I aspire to work in film and television and enjoy writing on the subjects I love.
Follow