Netflix, and the Future of TV

Netflix is not just an online streaming service, it is a way of life. Everyone I know, all of my friends, family, co-workers, acquaintances, pen-pals, and even my estranged, drunk uncle have a Netflix account. The online streamer allows subscribers to watch all episodes of every season of most of their favorite TV shows, and also movies, whenever they want. Their is no rush, the episodes will be there when you have free time to watch them, unlike cable television’s shows that have a specific weekly or nightly air time.

After watching Netflix grow into a phenomenon, Hulu and Amazon wanted a piece of the streaming marketplace by offering similar, as well as different titles to their subscribers. Netflix, the powerhouse of the three, with its ever-expanding revenue, have hired critically-acclaimed film and TV producers to make their own original TV shows. In an attempt to keep up, Hulu and Amazon have followed Netflix’s footsteps yet again by also making original shows that can only be viewed on their respected platforms. With the continued success of these online streaming services as a way to watch your favorite content, will cable television soon become obsolete? I will explain how the answer to that question is “yes” in this article, but first, a quick history lesson.

In August 1997, Netflix was founded by Reed Hastings and Marc Randolph with the vision to rent and/or sell DVDs over the internet for a much lower price than the biggest DVD vendor at the time, Blockbuster. With 925 titles to rent, the company initially offered a seven day DVD rental for $4, plus $2 shipping, with the cost going down when additional discs were rented.

16 years later, Netflix has kicked the mail order DVD business to the curb for the more promising on-demand streaming model. For a small monthly fee, Netflix offers its 33 million subscribers over 80,000 movies and TV shows that can be watched at their user’s leisure. Thanks to their progressive business model, Netflix is now a public company on the Nasdaq flirting with $210 per share.

Recently, the company has brought in award-winning directors and producers to make original content exclusive to Netflix, a move that was destined to shake up the television business as a whole and something that Blockbuster had never dreamt of doing. Lilyhammer, Netflix’s debut original series, while not very well received by critics and viewers alike, very well may have started a trend that could change television forever. 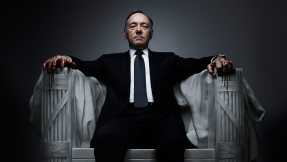 House of Cards, produced and directed by David Fincher (The Curious Case of Benjamin Button, Social Network), is Netflix’s second original series. The show stars Oscar winning actor Kevin Spacey as a ruthless politician willing to do whatever it takes to advance his influence on the political stage. Although the Emmy’s nominations have yet to be revealed, many industry pundits have predicted that House of Cards could make history and be the first television show to be nominated for the prestigious award without airing on a traditional network. But let’s get real- it has to be nominated for best drama, as well as Spacey (aka The Spaceman, as I like to call him) for best actor in a dramatic role. The way he disappears into Francis Underwood? I mean, come on.

A few months after House of Cards was released, Netflix debuted their third exclusive original, the Eli Roth (Hostel, The Last Exorcism) produced, sci-fi murder mystery, Hemlock Grove. Netflix has also brought back the long-awaited, fan-demanded, Arrested Development (thank God) for its fourth season. The show’s greatness justified its return all on its own, however from a business stand point Netflix’s revival of Arrested Development helped convince the show’s die-hard cult following yet to subscribe to Netflix, to become subscribers before the show’s premiere.

Continuing their attack on the traditional television business model, Netflix will be releasing their newest show Orange is the new Black this July, written by Jenji Kohan (creator of Weeds) and starring Taylor Schilling and Jason Biggs.

While still offering DVDs through mail, the vast majority of their users stream their content online. For $8 per month you can choose to either receive unlimited DVDs, albeit one at a time, or unlimited streaming of movies and TV shows with no access to DVDs. Users are also given the option to pay $16 a month to receive both unlimited DVDs along with the added benefit of unlimited streaming.

As of now, Netflix is destroying the online streaming competition, with 89% of the TV streams compared to Hulu Plus at 10% and Amazon Instant Video at 2%, according to the NPD Group. However, that may change soon as both of the aforementioned streaming competitors have also produced their own original series that are available in their entirety online. Although Hulu has been making original series since 2011 with Battleground and Spoilers with Kevin Smith, none of them have reached any real success, but there is still hope.

The Awesomes, Hulu’s first animated original series, created by Saturday Night Live’s Seth Meyers and Emmy-winning producer and SNL alum Michael Shoemaker premiers later this summer. Also coming to Hulu is an action comedy collaboration with BBC called The Wrong Mans created by and starring Tony Award-winner James Corden. Like Netflix, a Hulu Plus account will run you $8 per month.

Amazon Instant Video on the other hand, had a brilliant idea. While still brand new to original programming, they have produced 14 pilots and allowed their viewers to decide which shows get picked up. Five pilots in total made the cut to continue filming the rest of their first season. Among them includes Alpha House starring John Goodman, which will air later this year. All five shows are available exclusively through Amazon Instant Video which is free with an Amazon Prime account for $7 per month.

With so many high-profile actors, directors, and producers teaming up with online streaming services to create original content, offering low, competitive prices to their subscribers, it begs the question: Is basic cable as we know it on the verge of its demise? A monthly cable bill will run the average American $70 per month; a much higher rate than the online streaming alternatives. Aside from the pricing models, the online content’s quality is clearly equal to if not better than what is being provided by traditional cable and premium cable networks, with the added benefit of providing subscribers both new and old TV shows and movies to stream. 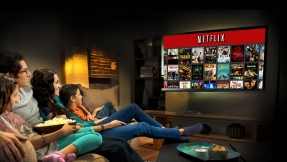 Everyday more and more devices are being given access to the Netflix, Hulu Plus and Amazon Prime apps as well. All of the next generation of video game consoles will provide their user’s access to these streaming services, in addition to all the existing devices already able to stream the content such as computers, phones and tablets. If these original series exclusive to online streaming companies continue having success, more people are likely to cut the cord and leave cable outright for these online services. This is a pattern that has been forming for years now, and as people continue to drop cable, the demand for even more online content will allow for yet another online content provider to enter the market. Who knows, in years down the road we could very likely see Google enter the online streaming market and, with their enormous financial resources, could potentially team up with someone such as Judd Apatow to reboot the cult classic Freaks and Geeks, much like Netflix did with Arrested Development. (Did I just come up with the best idea, ever? I think I did.)

I’m not saying that cable television will be nonexistent anytime soon. What I am saying is that if Netflix, and other online streaming services continue to produce top quality content, cable television will exist much like newspapers on street corners do. It will play second fiddle to the online programs viewers will prefer. All media formats and delivery channels have a very specific life span, usually being first introduced as the latest and greatest, but inevitably one day dying at the hand of the following technological breakthrough. Radio changed the lives of millions, then suddenly took a back seat to TV. But soon, it seems, it’s traditional cable television’s turn to hand the key to our living rooms over to online video streaming. *tear*