Well this is an interesting poster for Zach Snyder’s Man of Steel. We obviously see Henry Cavill’s Superman surrounded by military personnel and in handcuffs. Of course the question that is raised by this poster is: Why has he been detained? Perhaps it’s out of good faith that Superman has turned himself in for something he’s responsible for? The trailer for the film is set to be released next week with prints of The Hobbit: An Unexpected Journey, so I’m sure we’ll get some answers to exactly what kind of Superman film Zach Snyder and company have in store for us. We really don’t know much about the movie at this point, except for that this is a more serious approach to the character. What are your thoughts/speculations on the poster and the reboot? 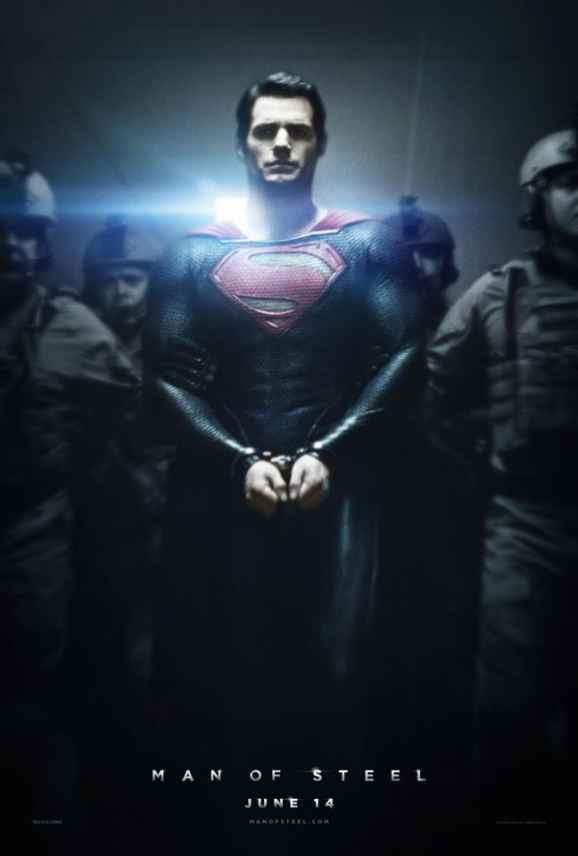 In the pantheon of superheroes, Superman is the most recognized and revered character of all time. Clark Kent/Kal-El (Cavill) is a young twentysomething journalist who feels alienated by powers beyond anyone’s imagination. Transported to Earth years ago from Krypton, an advanced alien planet, Clark struggles with the ultimate question – Why am I here? Shaped by the values of his adoptive parents Martha (Lane) and Jonathan Kent (Costner), Clark soon discovers that having super abilities means making very difficult decisions. But when the world needs stability the most, it comes under attack. Will his abilities be used to maintain peace or ultimately used to divide and conquer? Clark must become the hero known as “Superman,” not only to shine as the world’s last beacon of hope but to protect the ones he loves.

Posted on Dec 4, 2012 by
Mike G
I'm an absolute film buff, and love writing about movies and TV. I'm particularly a fan of Asian cinema and hope to introduce people to truly great films from that region.
Follow