Beyond ‘On The Road’: 3 More Jack Kerouac Books You May Like

Jack Kerouac’s On the Road is the bible of the Beat Generation and his most well known novel. Jazz, drugs, sex and hitchhiking fill its pages and immerse the reader in 1950s America. The novel is based on Kerouac’s own travels across the U.S.A with the story following Sal Paradise (Kerouac himself) and his friend Dean Moriarty (Neal Cassady) as they criss-cross from New York in the East to San Francisco in the West.

Not only does the novel faithfully capture that time in it’s characters and locations, but also in Kerouac’s writing. On the Road is the first example of ‘Spontaneous Prose’, the phrase coined by Kerouac to describe his writing style. This approach is about trying to capture events and speech as they happened. Paragraphs are long without many stoppages – Kerouac preferring to use connecting dashes. Sentences often seem improvisational, like the Jazz music of the time, creating a sense of poetic rhythm. It is the undisturbed flow of a person’s thoughts set down on the page. 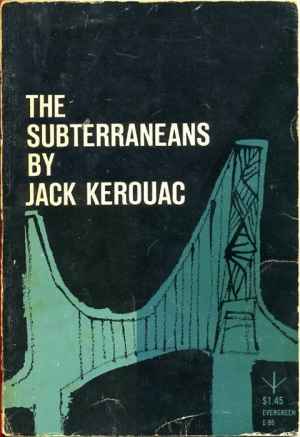 The Subterraneans is a typical boy meets girl story. It is a biographical work about Kerouac’s love affair with Alene Lee. The novel details their relationship (under the pseudonyms of Leo Percepied and Mardou Fox) and the eponymous Subterraneans, ‘impoverished intellectuals’ in the beat scene of San Francisco. The novel’s value is not so much in its plot, as in its insight into the Beat Generation, of which Kerouac was the unofficial father.

What stands out about the novel is its ability to pull the reader in and feel as if the narrator is confiding in you: ‘…start at the beginning and let the truth seep out, that’s what I’ll do.’ Kerouac wrote the novel in three days, only a short time after he broke up with Alene. The brutal honesty of the novel endears Kerouac/Percepied to the reader allowing one to feel like a member of The Subterraneans.

The use of ‘spontaneous prose’ in The Subterraneans is, in my opinion, more raw and much more extensive than in On the Road. This is both a blessing and a curse. It is a blessing in the sense that it the writing is more poetic and rhythmic, and makes the thoughts and feelings of Kerouac seem wholly more real. However it is a curse in the sense that it makes it much harder to follow a storyline that is at times rather slow. This is a novel for dedicated Kerouac fans as it is not an easy read. For those willing to stick with it I whole heartedly recommend it as one of the most honest love stories I have ever read. 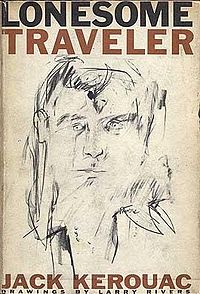 Kerouac did not restrict his writing to just the Beat Generation. Lonesome Traveler follows his travels to Mexico, Morocco, Paris and London. Again we are treated to the author’s ‘spontaneous prose’ which here gives us a better description of the destinations than any travel guide could. Tangiers is ‘charming, cool’, the Seine is ‘moody, ‘Paris is a woman, but London is an independent man puffing his pipe in a pub’, and Mexico made ‘you feel like you just sneaked out of school.’

Previously Kerouac and confined his work to the US and his group of friends. Lonesome Traveler allows the reader to see what he made of Africa and Europe. For me this is its draw, as Kerouac talks about places that I have been. The Sacré-Coeur, the Louvre, St Paul’s Cathedral and the British Museum are all mentioned during his journeys around Paris and London. This link from Kerouac writing in the fifties and the sixties to the reader in the present is refreshing, as his other novels can prove somewhat hard to relate to.

The structure of the book lends itself to being read and reread. The eight chapters loosely follow Kerouac as he travels to each, but they do not have to be read in that way. They can be treated in isolation, almost as reports on each location with details found throughout Kerouac’s work: relationships, jobs and life on the road. The last chapter is particularly poignant as it deals with the decline of the America Hobo. Kerouac charts the rise and fall of this social group with a heavy heart and clear nostalgia. Kerouac concludes that there is no place for individuals traveling the country with no fixed abode in part due to the ‘increase in police surveillance of highways, railroad yards, sea shores, river bottoms, embankments and the thousand-and-one hiding holes of industrial night.’ 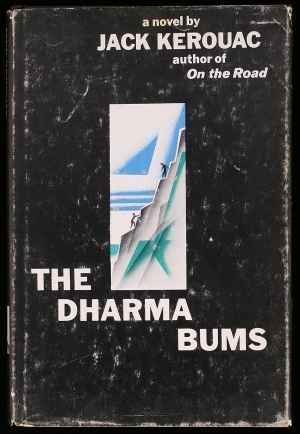 My favourite novel by Jack Kerouac is The Dharma Bums. Published in 1959 the novel explores the same themes of On the Road: the Beat Generation, sex, drugs and life on the road. However The Dharma Bums also incorporates spiritual and Buddhist ideas and views. The book is again semi-biographical and follows Kerouac and his friends as they seek ‘the truth’, or ‘dharma.’ Principally the novel is about the two main character’s (Kerouac as Ray Smith and Gary Snyder as Japhy Ryder) climb of the Matterhorn Mountain. But it also details Kerouac’s time as a forest fire look out, as well as the usual Beat Generation parties.

The Dharma Bums is wholly more spiritual than On the Road. It leans heavily on the ideas of Zen Buddhism, of which Kerouac tried to adhere to. The clear parallel of reaching the top of the Matterhorn Mountain and attempting to find ‘the truth’ or dharma forms the basis of the novel. We are also treated to a Thoreauesque section while Kerouac works as a forest fire lookout with themes such as nature and solitude explored. While On the Road was more about the life of a traveler in America, The Dharma Bums allows more of an insight into the ethos and ideas of the Beat Generation. The search for some truth in life, that was most definitely not the ‘American Dream.’

In terms of writing, The Dharma Bums features shows a more refined Kerouac, with tighter and more easily followed prose. However this does not affect the quality of the writing which is still strong: ‘It was beautiful. The Pinkness vanished and then it was all purple dusk and the roar of the silence was like a wash of diamond waves going through the liquid porches of our ears, enough to soothe a man for a thousand years.’ One clear similarity between this novel and On the Road is the relationship between the narrator and the other main character. The double act of Kerouac and Snyder in  The Dharma Bums  is the same as the relationship between Kerouac and Neal Cassady in On the Road.  As a literary device it works well, we get an honest description of the more lively character from the more level-headed one.

The Dharma Bums is my top choice, and favourite Kerouac novel, because it makes me want to climb the Matterhorn and indulge in a period of solitude as a forest fire look out. It imbues the reader with a positive message and it makes one want to find ‘the truth’, to be a Dharma Bum.

Posted on Aug 14, 2013 by
Thomas Currington
Politics graduate from the University of Sheffield. My main interests are literature, TV and film. Favourites: Kerouac & Fitzgerald, The West Wing, American Graffiti
Follow