Once Upon A Time: A Work of Creative Genius or a Tangled Mess?

Beginning in 2011, writers Edward Kitsis and Adam Horowitz made viewers think about familiar fairytales in a new way with Once Upon a Time. Their premise was deceptively simple: what if every fairytale character you think you know is real and has been cursed to live in our world with no memory of their identities? Five seasons later, the hit show has gone through a multitude of characters, arcs, and worlds. It currently has 4.6 million viewers, and was second only to The Simpsons in its time slot a few months ago.

Despite these statistics, some former viewers feel Once Upon a Time has jumped the shark. They call its plotlines repetitive and its universes too complicated. With this in mind, are Kitsis and Horowitz creative geniuses or has their show finally become contrived garbage? The answer may lie between the two extremes. 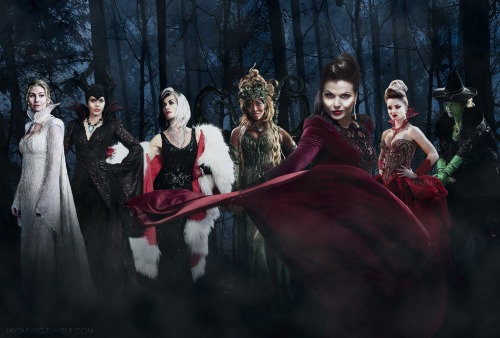 Characters are one of the main reasons people invest in a television series. From the start, Once Upon a Time gives us a protagonist worth investing in: Emma Swan. At first, Emma looks like a typical prime time television character – a jaded, single New Yorker going on a date. We soon learn, however, that she’s a bail bondsperson who has no qualms about telling her quarry exactly when he’s busted, and chasing him down if necessary. Yet just as Emma Swan is not the typical modern single woman, she’s also not the typical tough-as-nails bondsperson. She’s celebrating her birthday alone, and though she doesn’t say it, viewers see she secretly longs for family, love, and a home.

This type of complex character profile keeps popping up throughout the show. The more characters we meet, the more nuances we encounter. Regina Mills, for instance, is supposed to be the Evil Queen from the Snow White fairytale. In the original story, this meant she was completely evil and unredeemable. In the Storybrooke universe, Regina is a high-powered but hurting woman who lost her true love and turned to darkness because she felt she had no choice. Regina’s son Henry looks like a typical innocent ten-year-old. As early as the first episode, we find this is far from true.  He’s fairly guileless but isn’t above disobeying authority or cutting corners to get what he wants or feels other characters need.

As Once Upon a Time has expanded, so has its cast of characters. In five seasons, we’ve met everyone from an abandoned young boy who became a Dark One (Rumplestiltskin), to a waitress with an identity crisis (Ruby), to a naval officer who turned pirate to avenge his brother (Hook). These characters give us a myriad of insights into human nature, but at this point there may be too many of them. The core group seems to change from one season to another, leaving certain characters with interesting arcs behind. Characters who were once established as protagonists now seem almost forgotten. Henry may be the biggest example, although Snow, Charming, and even Regina took back seats in seasons four and five. This progression might be natural as some characters get older, or as their arcs seem to resolve. However, Once Upon a Time might do better if it spent more time with its original protagonists, or stuck to a core group for more than a handful of episodes.

Many Worlds – Perhaps Too Many 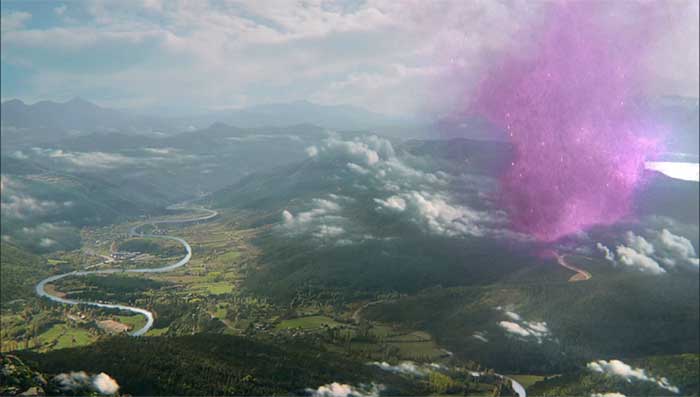 During its run, Once Upon a Time has introduced viewers to many worlds. Its center lies in Storybrooke, Maine, but its characters constantly leave to deal with conflicts in other places. The Enchanted Forest, Neverland, Oz, Arendelle, and the Underworld have all made appearances. Each half or full season focuses on one world, giving viewers time to learn its layout and rules, and invest in its characters. Worlds are interconnected but can be self-contained when necessary.

The worlds’ interconnectedness has several advantages. Within Once, every story originated from fairytales or mythology, but each story becomes much bigger than its original form. This gives every character, no matter how minor, the opportunity for a backstory and expanded purpose. A viewer who finds Tinkerbell fascinating might not be satisfied with Disney’s version of her. In contrast, Once‘s Tinkerbell interacts with citizens of the Enchanted Forest and Neverland, and each interaction helps her develop as a character. Belle is not confined to a French village; she experiences adventure in her hometown, Arendelle, and the Underworld. Even the villains get to expand their journeys and evil repertoires. Rumplestiltskin, for example, changes the life of almost every character for good or ill.

Another advantage of so many interconnected worlds is the potentially endless supply of plotlines. The main antagonist in Oz is of course the Wicked Witch of the West, or Zelena in the Once universe. Once she is vanquished, viewers might expect to be done with Oz. Yet because Zelena’s life has touched so many other lives, she may never truly be vanquished. With every character she meets, she gets to choose light or dark; after that, she has to live with the consequences. Similarly, Snow White is a main Enchanted Forest protagonist, but Once delves into who she was before and after her time as a beloved leader. Thus, viewers get to see each event that shaped her. They get to see whether those events will influence who she chooses to interact with in the present, and how.

However, some viewers find so many interconnected worlds tiring and confusing. Keeping up with who is who and what happened when is a challenge. Iin DVD commentaries, the show’s writers admit they have a timeline mounted outside their writing room that has grown over 20 feet long. Aside from that, the many locations can work against the plotline supply. While unique, each world operates on rules. New plots happen when those rules are broken, our heroes must circumvent them, or something external threatens the rules or heroes. Viewers begin to wonder how many times they can watch magic be destroyed and resurrected. They ask themselves if they want to see another soul try to escape the Underworld and Hades. They worry the heroes are running out of original perils to fight.

As with Once Upon a Time’s diverse characters, there may be a simple solution to this problem. Kitsis and Horowitz have already proven they can create worlds and capture our imaginations. If the show continues for a seventh or eighth season, they would do well to choose one world to focus on. Instead of working so hard to bring in other threads, Kitsis and Horowitz could explore several simpler stories and let them come to complete endings, like standalone novels or short stories. The writers also need to refocus on the original, one-sentence plotline of their show: a woman from our world is summoned to bring happy endings back to fairytale world. There is no shortage of happy endings, and viewers don’t necessarily need a plot more complex than string theory to reach them.

What Type of Story Are We Telling?

Once Upon a Time began as a show that expanded fairytales and made them real to people who lived in our world. Those roots still exist, but they’re hard to find lately. Many viewers say Once has broken its own rules too many times, and they have a point. In seasons one and two, the rules seemed to be, “Focus on a plotline viewers are comfortable with, and then surprise them.” In interviews, Kitsis and Horowitz have said viewers expected the Dark Curse to go unbroken until the end of the entire series. Breaking it at the end of season one was the big surprise. It left viewers wondering what would, or could, happen next. In season two, the big surprise was Regina’s failsafe device and the fact that Storybrooke itself could be destroyed. Viewers wanted to see Storybrooke saved, and they didn’t know how that would happen.

Season three seemed to follow that pattern, but veered off course. The problem – rescuing Henry from Neverland and getting everyone home to Storybrooke – was riveting, but comfortable. Viewers could easily get behind the plights of a kidnapped child and his distraught family members. Once our main characters reached Neverland though, the main plot started focusing on other problems, such as who Baelfire really was and how Hook became a pirate. These threads were interesting, but they pulled viewers’ focus away from the main mission. We forgot to care about Henry because we were too busy with secondary characters’ unanswered questions.

With seasons four and five, Once focused even less on telling a story and more on world-building. There was no main mission in season four; the focus shifted from unfreezing Storybrooke, to finding Anna, to finding the author so Regina could get her happy ending. Bits of genres like gothic novel and science fiction were thrown in at will. Incongruent time periods were now okay, too. Cruella De Vil’s story arc yanked viewers right out of fairytale world and inexplicably into 1920s England.

By the time we reached season 5, it seemed the rules were completely out the window. Viewers were given yet another new locale in the Underworld. The heroes’ stated mission was to help departed souls move on, but that became tangled with defeating Hades. The overall storyline switched genres as well. Instead of fairytales, the writers were now exploring Greek mythology. While fairytales and mythology are related, they are not the same thing. One could argue they aren’t closely enough related to justify season five’s trip to the Underworld.

Currently, loss of focus might be why so many viewers think the show is a mess. However, like the curses in the show, this problem can be defeated. The “true love’s kiss” for Once Upon a Time may be stating one mission per season and sticking with it. Surprises are great, but if a surprise or plot twist doesn’t fit the mission, it should be thrown out. Additionally, the show must return to its fairytale roots. It should stop forcing other genres such as myth, mystery, or gothic novel to fit into the fairytale world. That may mean ending it sooner than writers or viewers would like; while there are thousands of fairytales, there are only so many ways to tell them. If the telling is coherent, however, fans will be satisfied when their favorite series does end. They’ll also be eager to revisit it.

Is Once Upon a Time a work of creative genius? Perhaps it was, once. Right now, it has many problems to overcome. Yet overcoming is possible, partly because many people truly love it. As characters have said throughout the show, true love can break any curse.