Once Upon a Time: Why Fairy Tale Adaptations Continue to Thrive

Fairy tale films and cinematic folklore are endlessly intriguing, with something for everyone: a little blood and guts, some mystery and whodunit, hair-raising adventure, saccharine romance, suspense, epic battles, unlikely heroism, magic and fantasy, dazzling special effects, a bit of the weepies, fetching costumes, timeless stories, tragedy, terrible truisms, and still more. Currently, there are many instances of fairy tales being adapted into film and television such as; Jack the Giant Slayer (2013), Snow White and the Huntsman (2012) and the new television series Beauty and the Beast (2013). When recasting these stories for adult viewers these films seem to exhibit a closer relationship to the original works than the ones made primarily for children. Once Upon a Time has just been picked up for a third season after another successful story arch. This begs the question of: Why are these fairy tale adaptations so popular? And why does the issue of fidelity criticism never play a large role in the reception of these adaptations.

Once Upon a Time had quite a simple premise of fairy tale characters transported to the ‘our land’, losing their memories and homes due to a curse created by the Evil Queen. Snow White and Prince Charming are the main protagonists as they fight to remember who they truly were while Emma and Henry try to solve the mysteries of Storybrooke. Now that season 2 has come to a close, a few tales have been fleshed out and the characters are slowly beginning to change. Snow White is slowly fighting with her darker side, Belle will be struggling to rise up and protect the Storybrooke people left behind and the Evil Queen will continue to fight her inner demons. This is a fast change to what the audience would have witnessed in Season 1 as the characters have slowly shown that there are two sides to every character. It seems that while Once Upon a Time began with the search for ‘Happily Ever After’, it has slowly adapted into a frighteningly realistic take on magic coming into the real world. Season 2 kicked off with the introduction of magic into our world. All the characters were still stuck here, but with the introduction of magic into this world, the two worlds were starting to become one.

Fidelity criticism refers to the accuracy of the adaptation compared to its original. Each traditional fairy tale telling forms a copy for which there is no original. Every version offers a snapshot—a view of that story in time and space that refers to its sources and predecessors— but fidelity to an original is often rendered moot. With each reinterpretation, incorporation, or transposition of these familiar stories, tellers create new tales to serve contemporary needs. After all, these stories began by verbal tales told by adults to children. When considering Once Upon a Time each character is often trying to find their ‘Happily ever after’ but this is often achieved through different means than in the Disney adaptations, for example; in Season 2 Aurora is awoken by her prince only to lose him to a demon. She begins to train like a warrior (with the help of Mulan) in order to find him and save him and exhibits a phobia of sleeping after dealing with the terrible curse. With each telling of Sleeping Beauty, new facets of the story unfold and her character is brought into the 21st Century by dealing with loss, phobias and jealousy. Fairy Tale stories are obviously exempt from fidelity criticism somewhat as there may not be an ‘original’ version the production company would have had to follow meticulously. With each re-telling of the story through the ages it has grown and mutated into various versions, often only keeping the same theme as a guide.

The Disney animated versions of fairy tales were adapted to film to provide entertainment for American audiences of children and adults. The Disney versions changed the themes, intent and impact of the tales to produce stories with happy endings often with a moral message attached. In many ways, Disney’s predictable fairy tale film schemata became classical in the same way that the Grimms’ stories served as the model for most early collections of fairy tales in the 19th Century. In most cases these stories have been altered so greatly to make them suitable for Victorian children and the original tales were all but forgotten. This ‘Disneyfication’ plays little part when discussing fidelity criticism and is considered by many to be the original for many young children who grew up watching these movies rather than hearing the original story. 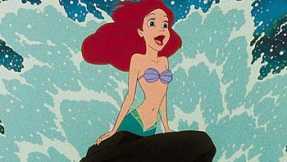 Now in the 21st Century if children were asked what The Little Mermaid was about their answers would include things like love, inner beauty and a singing crab named Sebastian. But The Little Mermaid (by far one of the most disturbing tales) was about curses, death, losing love and bathing in blood.

Now we have seen this influx of fairy tale adaptations that remain quite close to the Grimm Brothers originals rather than falling into this habit of ‘Disneyification’. Once Upon a Time, while following the format of Disney somewhat, has still had the Huntsman die from having his heart ripped out and a bone-chilling ghost Peter Pan set to hunt the main characters next season. Once Upon a Time explores the darkness of these tales and the backstory of each character, interested in the character development and growth. While a happy ending is the aim of every character, it is not easily achieved and more-often-than-not comes with the price.

So why does this genre remain so popular?

I believe that because these stories are as old as time it assists the adapting and appropriating process by simply re-inventing the stories to apply to the audience of today. Snow White is a tough warrior, Cinderella doesn’t need a man to make her happy and the Evil Queen can have shades of light in her persona. This genre will continue to thrive as long as people enjoy hearing a well-told tale. These new adaptations clearly represent a close relationship with their original and delve into a deeper exploration of the human psyche and issues of loss. While the genre of Fairy Tales is hundreds of years old, it continues to thrive because of this innate ability to change and grow into something new for the modern day audience. With this practice lasting over hundreds of years, I can’t see it fading any time soon. These stories will only get better and better as the time and the audience evolve the fairy tale world.

Posted on Jun 4, 2013 by
Kelsey Clark
I have been a student at UQ for 4 years now studying a Bachelor of Communications and Arts. I love everything film, television, comics and anime!
Follow