Pokémon and the Animals in Captivity Debate 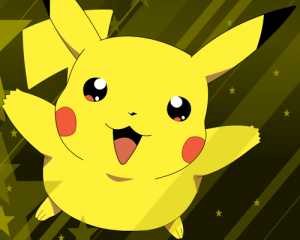 Pokémon is an anime and video-games series, created by Nintendo and Game-freak. The series focuses on creatures known as Pokémon, that coexists along with humans. Pokémon are caught, trained and used in many other ways that benefit overall society. The Pokémon universe is very similar to the real world and even features real life animals. Most people treat Pokémon with kindness and decency.

People in the Pokémon world have used Pokémon for various reasons. Most people are Pokémon trainers. Many people find reasons to exploit and abuse Pokémon mainly for profit and power. Pokémon are shown to have feelings, personalities and are capable of understanding human language. Throughout the Pokémon series various conflicts have arisen regarding the treatment of Pokémon. To this end several governing bodies have been established to protect Pokémon and punish their abusers.

The Pokémon Association is the primary governing body in the Pokémon universe. They handle the laws surrounding Pokémon. They organize the Pokémon League competitions and choose whom the gym leaders are. They establish the rules regarding the treatment of Pokémon and regulations pertaining to Pokémon competition. They are most famous for establishing the six poke-balls limit.

The society in the Pokémon universe revolves around Pokémon. Humans catch them, train them, battle with them, study them and keep them as pets. Pokémon have been known to be worshiped as Gods, used as transportation and as sources of energy. Pokémon have also been used as tools of war, firefighting and medicine. It has been suggested that Pokémon have been eaten by humans as well. This is most apparent in regards to Farfetch’d. It’s pokedex entry suggests that it, “makes for a delicious meal,”and this has lead to it’s near extinction.

Most people in the Pokémon universe are trainers. Trainers catch, train, and battle with Pokémon. Pokémon trainers must be at least ten years old in order to receive their, “Pokémon trainer’s license.” While it isn’t elaborated on in the series it has been implied that each trainer must adhere to rules in order to main that license. In episode 40 entitled, “The Battling Eevee Brothers,” Rainer tells his brother that he could “lose his trainer qualification” if he leaves his Eevee tied to a tree. This suggest that abuse of Pokémon are not tolerated and can cost a trainer.

Abuse and abandonment in the series

The Pokémon Rangers are an group that use Pokémon to protect humans, Pokémon and Nature. They only have one Pokémon, called a “partner.” Partner’s are highly trained and are with the ranger at all times. Rangers don’t send Pokémon into direct battle, instead they use them to distract enemies without attacking. Rangers look after Pokémon in various areas, and protect them from poachers.

In episode #8, The Path to the Pokémon League, we are introduced to a trainer named A.J. He trains “savage Pokémon.” A.J. uses a whip to order his Pokémon around, he yells at his Pokémon while training them. Ash interferes with A.J. as he trains them. He straps a “strength intensifier”and makes his Sandshrew dive into the pool of water. A.J. works his Pokémon hard, but they don’t feel abused. Ash even tries to get them to abandon A.J. but, they refuse. His Pokémon feel loved despite his harsh training.

Pokémon trainers have been known to abandon their Pokémon. In episode #10, Bulbasaur and the Hidden Village, the character Melanie nurses abandoned and injured Pokémon. She set traps to guard against trainers whom may try to capture these injured Pokémon. In the following episode, Charmander – The Stray Pokémon, Ash and the others stubble upon an abandoned Charmander. This Charmander is weak due to waiting on a rock for it’s master for days. Ash over hears it’s trainer Damian. He claim’s that he left his Charmander on a rock promising to return for it and never intended to do so. They find Charmander who is in worst shape than before. They manage to save it, and later Charmander comes to Pikachu’s rescue. Charmander chooses to join Ash and reject Damian as it’s trainer.

Pokémon as tools for power and profit

There are several criminal organizations within the Pokémon universe. These “teams” as they are called vary from one another in terms of goals. Team Rocket used Pokémon for purely financial gain. They are mostly featured in the anime series. Team Aqua, Team Magma, and Team Plasma believed that they were saving the world through the power of Pokémon. Meanwhile, the leaders of Team Galactic and Team Flare aim to alter the World, through the use of legendary Pokémon. These teams are more important in he games.

Team Rocket has been the most prominent organization in the series; they were introduced in episode #2, Pokémon Emergency. They engaged in criminal behaviors from theft, selling Pokémon fossils and running casinos. Team Rocket often attempted to gain wealth through abuse of Pokémon. One instance of this abuse was cutting the tails off of Slowpoke’s and selling them at high prices. They attempted to use radio waves to gain control over Pokémon. They have consistently attempted to steal the Pokémon of trainers, and are allegedly responsible for murdering at least one Pokémon.

Team Aqua and Team Magma are two teams with opposing views. Team Aqua attempted to increase the surface area of the ocean in the world, with the use of Kyogre. Meanwhile, Team Magma would like to increase the land area of the world, with the power of Groudon. They engage in theft and attempt to control legendary Pokémon for their personal use, they don’t seem to have many criminal endeavors. Team Galactic’s leader, Cyrus wished to utilize the legendary Pokémon, Dialga and/or Palkia to alter the universe. They also engaged in theft to attempt to reach this goal.

However, Team Plasma had the goal of separating humans from Pokémon. They split under two different leaders, N and Ghetsis. N believed that Pokémon are friends and shouldn’t be used to battle. However, N said that “his goal is to create separate worlds for both humans and Pokémon,” and “he is willing to battle even if his Pokémon are hurt.” Ghetsis on the other hand wanted to become the “only person in Unova with Pokémon, so he could dominate the region.”

Team Flare goal was to originally create a “beautiful,” world using money and style. They attempt to generate income by stealing fossils and selling them. They engaged in stealing Pokeball’s for their Pokémon army. Their true plan is to use an ancient weapon to kill all life, save themselves. It is revealed that the large number of Pokémon, were needed to “feed” the weapon with their life energies.

One of the most iconic aspects of the Pokémon series is the Pokeball. The Pokeball is used to store Pokémon for carrying. Only six Pokémon may be carried by a trainer at once. The mechanics of a Pokeball is rather simple, when a Pokeball is thrown at a weakened Pokémon it opens. The Pokeball converts the Pokémon into energy and closes. Pokémon can and have escaped, however if they fail to do so they will be caught. According to Lucian, the member of the Sinnoh Elite Four, Pokeball’s are design for Pokémon comfort. This environment is designed to discourage a Pokémon from wanting to escape. Pokémon are conscious within the Pokeball’s.

However, several Pokémon have expressed a dislike of being inside the Pokeball. In episode #1, I choose you, Pikachu refuses to get into his Pokeball. Ash implies that “Pokémon are suppose to get into Pokeball’s.” He consult’s his Pokedex, who confirms that “Pokémon usually stay in Pokeball’s during training. Pikachu taps the Pokedex, it states that “some Pokémon hate being confined.” Ash’s Pikachu is the most notable for his disdain of being held within a Pokeball. This suggests that the Pokeball can be uncomfortable. Whether a Pokémon can be forced to remain within hasn’t been discussed. Many Pokémon have been seen releasing themselves from their Pokeball’s at will. Based on this you may conclude that any Pokémon that hated being in Pokeball’s could release themselves from captivity at anytime.

The entire series of Pokémon focus on battles primarily. It is here were Pokémon has been compared to “cock fighting,” and “dog fighting.” Pokémon battles often feature referee’s, whom determines whether a Pokémon can or cannot continue to battle. No referee is require during unofficial Pokémon battles. Pokémon trainers tend to care for their Pokémon and would naturally stop a battle before real harm is inflicted.

That said Pokémon battles can be brutal. For example in the Pokémon episode, “Electric Shock Showdown,” Ash and his friends see a badly beaten Rattata on a stretcher. Pokémon have been placed into intensive care units. While an uncommon occurrence, it is implied that Pokémon can die and have from illness, and psychical harm.

Generally, Pokémon battle till they faint of exhaustion. They are returned to their Pokeball where they will begin to heal. If you think about Pokémon attacks, they are subjected to being poisoned, burn, bitten, scratched and electrocuted. It’s clear that Pokémon are built to tolerate such conditions, otherwise they would surely die during battle. While, Pokémon have died it appears to be exceedingly rare. Pokémon appear to be resilient both physically and mentally. It is clear that for the vast majority of Pokémon are inherently driven to battle on another. Pokémon seem to get self-esteem from winning these battles.

Overall, the Pokémon appear born to battle, it’s in their nature. They have personalities, and are mostly friendly. Pokémon have been mistreated and abused by their “masters'”. They have been used to generate profits and as tools for power. There have been several institutions, rules and regulation established to punish bad behavior toward Pokémon. Pokémon are loyal to their masters. This loyalty has resulted in Pokémon being used to attack humans and tolerate abuses. They have been used to defend humans and benefit larger society as well. Generally, Pokémon behave in the manner their masters suggest, and they are noble by default.