Precode 101: What is it and Why Should You Watch it?

After becomming interested in classic films a few years ago, I noticed most people haven’t seen a Precode film and even more don’t have an understanding of what made this era so great. So, below is an overview of Precode history, why it is essential viewing and my top picks. 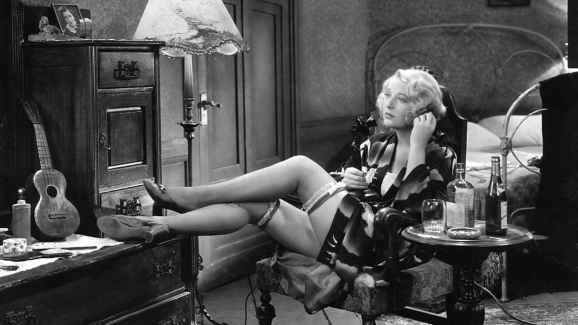 By 1927, directors and movie moguls had all come to the same conclusion, sin sells and they used this philosophy to its full potential. It took pioneer film-makers Cecil B. Demille and Eric Von Stroheim as well as countless others to make Washington and religious leaders realise they had a problem. While Hollywood was becoming a booming and extremely profitable industry, on screen movies were filled with tales of degradation, poverty and violence sprinkled between stories of illicit relationships, greed and orgies. When the era of the talky rolled around legislative and social leaders had had enough. It was clear, studio heads were using scandalous and forbidden subjects to lure audiences into watching and, thus, creating huge profit, but how to stop it? While they were supposedly planning harsh methods of cutting Hollywoods wings, the moguls counteracted with a ‘solution’ of their own. The Motion Picture Production Code or Hays Code appeared to do a similar job of state introduced legislation; it was a set of self imposed guidelines governing film production with Postmaster General Will Hays and his staff at the helm. Basically, it decreed no sex (or sexual topics), nudity, violence, drugs, sex perversion (gay and lesbian characters) or white slavery is permitted to be shown on screen. However, there was a small clause that directors exploited: the main character could do all these terrible things – cheat, steal, have affairs – only if they were punished at the end. To everyone outside of Hollywood this seemed perfect – the code would control a director’s power and prevent more severe legislation from governments. But, what most people didn’t know was that Hays and his team were paid and funded by the movie makers, not Washington, and answered completely to the moguls.

On its surface, the code was foolproof, but deeper it was hollow and pointless; moreover without the threat of government intervention filmmakers responded by going further than before to show the reality of a world increasingly becoming affected by financial depression, a burgeoning sexual revolution, lack of employment and growing organised crime. Therefore, between 1929 and 1934 the Precode era was born filled with more adult entertainment and a realistic viewpoint on society.

Like most film eras, watching and liking Precode is a matter of personal taste. I, for example, I hate the 60’s new age films and can’t stand those boring spaghetti Westerns; so I understand that not all people will love Precodes like I do. My top reason for watching this era is also as subjective, basically, for the adult content. After, watching hours of G-rated family movies from the 1950’s it is refreshing to sit down and view a realistic take filled with juicy plotlines and heavy subject matter. Plus, it is simply entertaining to watch sex, violence and rock and roll. The appearance of these movies is also breathtaking; the women are always immaculately groomed with tight long, silky gowns and thick furs and the men with their dapper suits and top hats. They are, most of the time, joyous and fun filled, crammed with raucous, champagne saturated parties and loads of dancing. The last point in Precode’s favour is time. Most films are around an hour long, so they aren’t as time-consuming as the more modern 2 to 3 hour flicks.

If you want a taste of this era but don’t have a lot time here’s a short list of the Precode must-haves:

1) ‘Im No Angel’ (1933) – Mae West and a young dapper Cary Grant. Need I say more? If I include the backdrop of a travelling circus, Mae as a dancer/ lion-tamer/gold-digger and lots of witty dialogue and sexual innuendo, it’s even better. 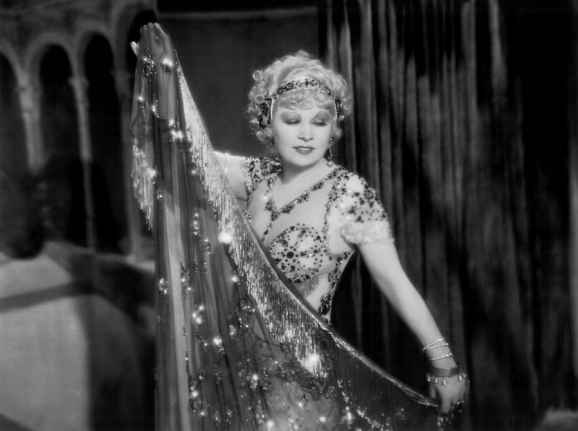 Top Scene: Mae West is in court suing Cary Grant’s character for breach of promise. She spends her time making jabs at former lovers, seducing the judge and all the jury as well as constantly fluttering her eyelashes and strutting provocatively.

2) ‘Female’ (1933) – This film, as the title suggests, is more for the women viewers. The wonderful queen of Precode, Ruth Chatterton, plays a ruthless head of a car manufacturing company. She is strong, resourceful, fashionable, the modern woman. Her love of business is equal to her love of men and she continues by seducing and disposing of all the men in her office. Ruth’s character sounds we’ll say ‘dislikeable’ from this description, but overall she is sincere, generous and searches for what every woman wants true love. A complicated, lovely movie. 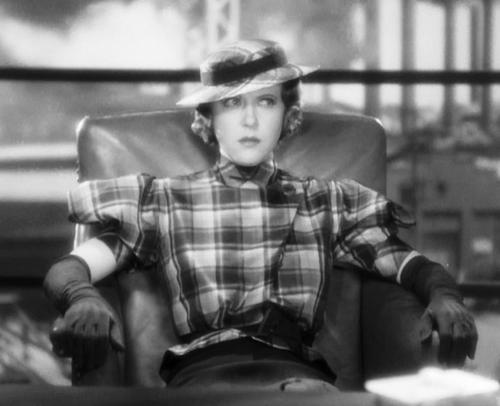 Top Scene: Probably the whole movie. But if I have to narrow it down, I would have to say the opening ten minutes – it shows her strength, brains, ability for kindness and treatment of men all in one scene. Brilliant!!

3) ‘Gold-diggers of 1933’ (1933) – this is absolutely a Precode staple and for anyone who loves a great, light musical. It’s got the best acting talent – Joan Blondell, Warren William, Dick Powell, Ruby Keeler, Ginger Rogers and the much overlooked Aline McMahon. 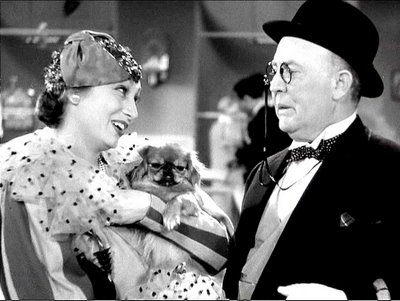 Top Scene: Joan and Aline decide they would like to have a little fun with Warren and his lawyer (played by Guy Kibbee) who feel they, as showgirls, are just ‘parasites’ and ‘gold-diggers’. They talk them into buying them expensive clothes, trick them into paying for lunch and seduce them with lots of laughs and alcohol.

I warn viewers that the next two are not for the faint hearted. My next choices are Precode must-haves and are often referred to as the most depraved, sinful and sexual films of the entire era.

4) ‘Baby Face’ (1933) –  If you loved Barbara Stanwyck in ‘The Lady Eve’ and ‘Balls of Fire’ I would think before you watch her in the startlingly frank, ‘Baby Face’. She plays a poor working girl, whose father has (it is suggested) made her work as a sort-of prostitute since puberty. After, an old man and regular at the bar she works at teaches her how to get out of poverty by ‘using men to get the things you want’ she travels to the big city to use that philosophy to become a millionaire. Basically, this is what she does – Barbara becomes employed at a large investment firm and literally sleeps her way from one floor to the next. Watch out for an early shot of John Wayne. 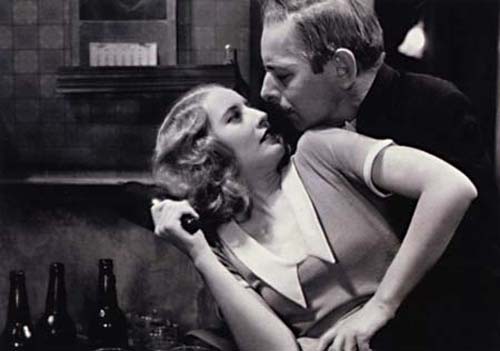 Top Scene: There are a lot of interesting scenes in this film – most of them sinful – but the best one is when the old man is telling Barbara how to get out of poverty and you find out what he is alluding to and what is to come.

5) ‘Red-Headed Woman’ (1932) – Another film in the same league as ‘Baby Face’ with Jean Harlow playing an unapologetic gold digger with the goal of seducer her married boss into divorcing his wife to marry her. There are countless suggestive scenes, innuendos and bed-hopping by the divine Harlow. It is entertaining and appalling all at once. It is most shocking because, unlike ‘Baby Face’, the main character isn’t punished or redeemed for her actions as the Hays Code said was mandatory. 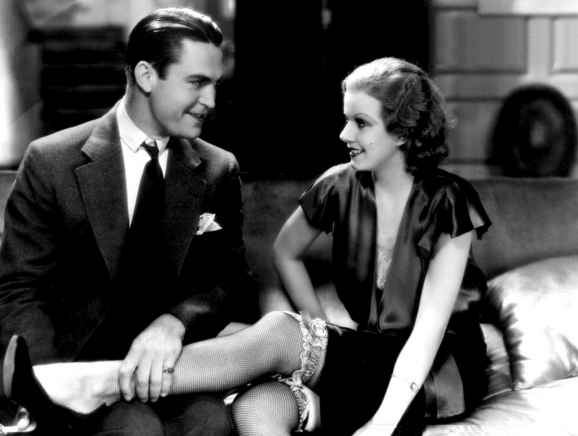 Top Scene: Probably, the most appalling and famous, is when Chester Morris’ character is trying to stop Jean from interfering with him and his marriage. He locks the door and begins throwing her around the room. She lunges for him and he slaps her away. She yells, “Keep going, keep going, I like it.” The audience then gets a shot of the door with her crying and whimpering as he bashes her some more.