Scandal’s Olivia Pope and the Rise of the Female Antihero

Television has come a long way since the stiff stereotypes and cheerful family sitcoms of the 1950s and 60s. There has been a huge shift in focus over the past few decades, towards more academic and complex television content that mirrors cinematic style. Audiences no longer wish only to be entertained, but also challenged. This shift is due in part to subscription cable networks like HBO whose economic model of distribution focused less on pleasing advertisers and more on creating edgy content for an intelligent audience. HBO’s new and challenging programming proved incredibly successful and the network expanded on their initial success, continuing to create characters which pushed social boundaries and deviated from the popular mainstream content of the time. 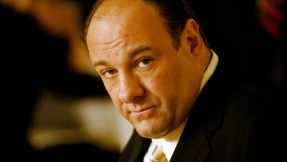 One of the most important trends that came out of HBO’s quest for edgier and more cinematic content was the antihero in television. Antiheroes are main characters in literature, film, or television that lack the admirable and enviable traits of a traditional hero. Essentially they fill the function of protagonist in a story’s format but cannot be considered heroes due to their ample moral failings. Amanda Lotz, who has studied antiheroes on subscription networks in her book, Cable Guys, characterizes antiheroes as “relatable versions of a good self that has gone bad.” Tony Soprano is often cited as the first postmodern antihero on television. His show, The Sopranos ran for six seasons from 1999 to 2007 and produced over 86 episodes. Tony was easy to empathize with while being morally reprehensible and a legal criminal. He was the perfect emblem of postmodern America, where economic crisis led to extreme measures and where the social restructuring of American culture made even the most powerful individuals question their agency.

As HBO was perfecting their brand of elite and edgy content by replicating Soprano-esque antiheroes throughout their programming, other networks were beginning to take notice. Other subscription networks like Showtime began cultivating more morally ambiguous content and crafting their own iconic antiheroes. Soon this archetype was playing out all over primetime TV, and today the antihero is almost the norm. Tony Soprano is still the king. But he is now joined by Nucky Thompson on Boardwalk Empire, Jax Teller on Sons of Anarchy, Don Draper on Mad Men, Dexter Morgan on Dexter, Hank Moody on Califorication, Jimmy Mcnulty on The Wire, Ray Drecker , Vic Mackey, Gregory House, Tommy Gavin, Chuck Bass, and basically every character on Game of Thrones. Not to mention the most recent reigning king of the television criminal, Breaking Bad‘s Walter White, whose downfall became a must-watch television event. Clearly the antihero has permeated across all television networks. And, clearly he is here to stay.

Where Are the Women?

One character that is markedly absent from this list is Olivia Pope on ABC’s Shonda Rhimes blockbuster, Scandal. In fact women are almost entirely absent from this decade’s surplus of television antiheroes. It seems that edgy, complicated characters who stray from the path of morality, are incredibly popular, as long as they embody stereotypes of patriarchal masculinity. Despite the overwhelming popularity of male antiheroes, female antiheroes are still few and far between. Representations of women in television are still catching up. Like the learning curve required when these male antiheroes were migrating to mainstream networks, complex and corrupt female leads are just starting to gain traction in American television production. Yet, gaging from Scandal’s obvious success, (the show will return January 29th to complete its fourth season), it seems clear that popular audiences are ready for female antiheroes…as long as we don’t refer to them as such.

Olivia Pope’s character has been lauded as a huge step forward in terms of representation of women and minorities on the small screen. She is a strong independent woman of color who wields influence on a popular television show, so naturally the existence of a character like Olivia is a point of pride for many women and African Americans. She is perceived as powerful, smart, articulate, beautiful, compassionate, and powerful; traits which are all too rare in popular female characters. However, while Olivia Pope is all of these things, she is also a criminal, a manipulator, a conspirator, and an adulterer, often falling on the wrong side of what is ethical and just. Many audiences and critics are so eager to enshrine Olivia Pope as the ultimate in minority representations that they fail to acknowledge her flaws. She is hailed as a role model to be emulated and as the new standard in expectations for strong female characters. But this was not the creator’s intention. Rhimes states in an interview for entertainment site, Zap2it that she thinks, “Olivia has always been an antihero,” going on to say, “I don’t think any of the characters on our show have ever been just good people doing good things for good reasons.” Olivia Pope’s character is progressive. However, it is not because she is a role model. Olivia Pope’s character is progressive in that she is one of the first female antiheroes to grace primetime television.

Olivia embodies many of the key aspects of an archetypal antihero and exemplifies this character type to great success. Antiheroes must be both morally repugnant and yet still moderately likable. They usually possess an unusual amount of power and enact this power unethically. However, antiheroes are often less in control than they believe themselves to be and this helps to make the characters sympathetic. The antihero has often been framed in terms of pursuing lost masculinity and some scholars have used this common theme to discredit the possibly of ever creating an effective female antihero. However, Olivia Pope enacts these same struggles with loss of control, corruption of morality, and struggle with her fate at the hands of a patriarchal authority, establishing herself among the ranks of Walter White and Tony Soprano.

Like any effective antihero, Olivia Pope is both likable and unethical. This is likely due to Olivia’s motivations for her immoral behavior. It is partially her own determination to do good which leads Olivia to unforgivable transgressions, making those crimes easier for audiences to swallow. Olivia Pope struggles constantly with her own sense of right and wrong, wanting desperately to do what is ethical, but more often than not failing in this quest. This is discussed within the context of the show as “wearing the white hat,” a phrase Olivia uses to assert that she is on the side fighting for good instead of evil. She uses this phrase to justify her illegal and unethical manipulation of situations and of people. However, her insistence becomes harder to accept as the series progresses and audiences are confronted with Olivia’s many moral offenses. It comes out that Olivia was complicit in rigging the national presidential election, implicating her in a number of subsequent cover-ups and murders. Additionally, Olivia often makes snap judgments about who to trust and then goes to extreme and extralegal lengths to carry out the wishes of those she deems worthy. Unfortunately, despite her claims to being an excellent judge of character, she often choses wrong. Shonda Rhimes articulates how these moral justifications become less and less believable, saying that “we get to a point where we talk a lot about — she says the white hat is starting to feel like it doesn’t fit my head anymore. I think that’s very true.” As the series progresses, Olivia seems to grasp desperately to this white hat in an attempt to rationalize the atrocities she has committed.

The other essential factor which established Olivia Pope as an antihero is that she has an immense amount of power. She has access and influence within the American government, tremendous clout within the media industry, and a team of highly specialized “gladiators” who make clients’ problems disappear. Olivia fits in with the archetype of the masculine antihero so well because she is situated within a position of power and privilege usually reserved for men. Olivia learns to master the cutthroat world of Washington DC and to exert her authority over some of the most powerful men in the world. It is Olivia’s power that enables her to occupy the antihero narrative which couples authority with loss of agency. She, like Tony Soprano, maintains a privileged position, while still feeling trapped within her role, often resorting to criminal behavior because she feels backed into a corner.

In the fall finale episode (which aired November 15th), Olivia attempts to kill her father, a man who runs a mysterious spy agency and with whom Olivia has a fraught relationship. The audience recognizes the horrific implications of Olivia’s decision to pull the trigger and obviously cannot condone patricide as a legitimate solution to her problems. However, a part of them also recognizes and empathizes with Olivia’s dilemma. Through their connection to Olivia Pope as a character, audience members are forced to confront their own moral ideologies and must renegotiate their understanding of murder and violence. It is this type of internal conflict that make television antiheroes so successful and that situate Olivia Pope as a character firmly within this archetype.

The antihero is a character much more complex then those we’ve seen in previous generations of popular television. It is an important departure from less dimensional tropes, and one that audiences have been responding to in a new and positive way. These increasingly morally ambiguous characters and narratives create a much more engaged relationship between viewers and the world of the show. These new antihero dramas force critical thinking and extend beyond the confines of popular entertainment. Olivia Pope’s dilemmas within Scandal, while rather dramatized and increasingly outrageous, serve to question existing perceptions of how to maintain power within a postmodern society.

This function of Olivia Pope’s character is a radical departure from the simplistic stereotyped roles that still dominate female representation in media. While Olivia is by no means a role model for young women, she is much more nuanced, complex, and three dimensional than most black female characters that have risen to her level of popularity. Scandal’s success is a testament to the fact that female characters can be imperfect and still be popular. In fact, imperfect characters are much better vessels for representation. Audiences are ready for female characters that evoke contradictory emotions and encourage critical reflection. Additionally, Olivia’s reprehensible qualities, those which the audience is justified in condemning her for, also depart from stereotypes of televised femininity. She is not the sexualized temptress that often exemplifies female moral failing. Instead she is a powerful and brilliant woman whose own scheming ambitions get the better of her. This narrative is one not normally applied to women, particularly those of a racial minority who appear on popular primetime dramas. Olivia Pope is a deeply flawed character. However, her flaws manifest in traditionally masculine tendencies. It is her flaws that captivate audiences and keep them watching season after season, one outrageous plot twist after another. Olivia Pope is an incredibly progressive step forward for contemporary television and she deviates from existing representations in a number of crucial ways, appealing to a number of different demographics on multiple levels. The widespread popularity of Scandal proves that these types of complex antiheroes previously reserved for men, can be effective as female characters, opening new doors for more variety and depth for female characters.