The Story of Spartacus the Rebel Slave: Five Reads to Fill the Void

Starz incredibly popular Spartacus series – which depicted the gladiators journey from freedom to slavery and then rebellion – sadly came to its conclusion on Friday with undoubtedly one of the greatest finales in TV history. As a massive fan of the show there was a Spartacus shaped void looming over me following the finale, until I came across an article on The Wall Street Journal that made historical reference to this brilliant little book The Spartacus War. Following this fantastic find I started snooping around the net for both fictional and non-fictional tales of the gladiators legacy, and I would like to share with you five of the most interesting discoveries I made, whether you simply have an interest in his history or, like me, you wish to fill the gap left by the show.

5. On The Spartacus Road: A Journey Through Ancient Italy by Peter Stothard

On The Spartacus Road is a fusion of a typical memoir and a history book, detailing former The Times editor, Peter Stothard’s journey along “The Spartacus Road” that takes you from Rome to Capua, to the first slave stronghold at Mount 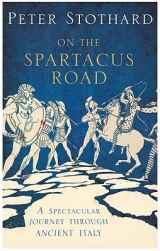 Vesuvius (featured in Spartacus: Vengeance) and lastly to Senerchia where the battle that would seal Spartacus’s and the rebel armies fate took place. Along the journey Stothard provides information on a number of the rebel armies victories in battle, and quotes from a number of historians with an unfortunately biased disdain for the rebellion such as the roman citizen Plutarch and the politician Sallust. These pieces of historical information are referenced in what is supposedly for the larger part a depiction of Stothard’s travel and the areas in their 21st century context.

Questions of source unreliability and sometimes off topic discussion leave this further down my list of recommendations; the general consensus surrounding On The Spartacus Road is that it makes for an entertaining and occasionally informative read regarding the Third Servile War but it isn’t anything particularly special. Definitely one for the classical history enthusiasts.

4. Spartacus: The Gladiator by Ben Kane 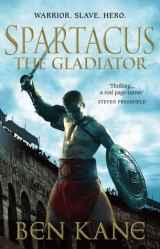 The Gladiator is the first fictional entry on the list, it covers the bringer of rain’s time as a Gladiator and the glorious first half of his rebellious military campaign that has inspired some of the worlds greatest philosophers, including the largely celebrated Karl Marx. The Gladiator thankfully dispenses with the ‘irrelevant’ information you find in books like On The Spartacus Road and arguably its fictional status means it also apparently has a tendency to deviate from what probably happened. In spite of this detail The Gladiator is widely perceived as an enthralling read, and an exhibition of author Ben Kane’s great talent for vivid description that makes the transference of the story from the page to the imagination a seamless one.

Spartacus: The Gladiator is better suited for those of you less interested in completely solid historical accuracy, but more intrigued by entertaining historical interpretation and bloodthirsty thrills that the Spartacus: Blood and Sand TV series supplied in an abundance. This doesn’t mean to say Ben Kane completely disregards fact, a large number of readers have praised his reasonably ‘true to life’ telling of this ancient legend, a trait that Spartacus: Blood and Sand sometimes dropped.

3. Spartacus: Swords and Ashes by J.M.Clements

Chances are you’ve probably just seen the cover of this media tie-in novel and concluded that there is no way in hell you’re going to read this. I made a similar judgement upon crossing it on Goodreads but having 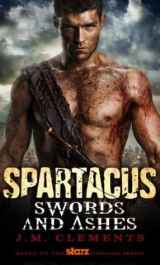 done a little research on reader feedback, it looks as though this tie-in may be well worth the pick up. Swords and Ashes is another fictional piece to have made its way onto the list. The novel is set during the period of the first season in Batiatus’s Ludus where Spartacus gradually elevates himself to the position of ‘Champion of Capua’, all of the plotting and intrigue involved in Batiatus’s own attempts to raise his position are included as they are in the series. No sequels have been produced for the later seasons and whether or not they will ever come remains to be seen, but I’m not sure I would count on it.

Spartacus: Swords and Ashes is heavily geared towards the Spartacus: Blood and Sand show fan, that said a lot of the TV series appeal arguably comes from its eccentric visuals, effects and fight choreography; if the TV series characters meant little to you then this may not be the novel for you. Despite its intended target audience I definitely feel Swords and Ashes could undeniably appeal to average readers simply looking for a more exhilarating and pulpy read to take a break from the more mentally taxing books out there. 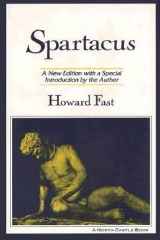 Howard Fast’s fictional take on the ancient story of Spartacus is definitely the most popular one out there after it was declared to be the inspirational material for the 1960 smash hit Stanley Kubrick movie Spartacus. This is the final fictional piece to be found on the list and it is likely the one which takes the most liberty in defying historical accuracy. Spartacus utilizes an interesting narrative of four Roman political figures (Crassus, Gracchus, Caius and Cicero) recounting the events of the Third Servile War, choosing to focus on the strong themes present in the story of Spartacus: love, revenge, revolution and the importance of the sanctity of freedom and the joy that it brings.

Public feedback leads me to believe that Spartacus makes for a very involving read as it held in very high esteem, rarely receiving a review of anything below 3/5 stars. It goes without saying that this novel isn’t going to be one for those interested in historical accuracies and solid facts but rather for those searching for a captivating interpretation of a timeless tale.

1. The Spartacus War by Barry Strauss

The Spartacus War is a true non-fiction history book that delivers an accurate, detailed and slightly dramatic take on the life of ancient civilizations greatest rebel. Strauss is noted as being very unbiased when he

looks at the impacts and events of the Third Servile War, for example he pins Spartacus’s final defeat on both Roman competence and the rebel armies frank incompetence and lack of discipline which makes for brilliantly accurate analysis. Strauss uses a plethora of sources in reference to his knowledge including his own travels through the Italian countryside, historical evidence, documentation and other pieces of archaeological evidence. All of these resources make the information in The Spartacus War very reliable, so reliable that even The Wall Street Journal are content with using the book as a reliable source of historical evidence.

The Spartacus War is the only book on this list that I can truly recommend to anyone and everyone; the dramatization makes the influx of factual information engaging for those looking for an entertaining read and those who are far more interested in the facts than the fiction. A lot can be learned from the story of Spartacus that can be applied to lives around the globe today, The Spartacus War appears to be the best place to begin this education. Not to mention it has a really awesome cover.