Texas Chainsaw 3D Review: Sequel distinguishes itself, but not in a good way

What makes the ‘Texas Chainsaw’ movies stand out from other horror/slasher films of the 70’s and 80’s is that they were the original torture porn thrillers. Thirty years before Saw, people were getting chopped up and sawed to the brink of death, only to be left hanging- literally- awaiting the inevitable, horrifying facial procedure to come, sometimes done while the victim is still alive. The gruesome scenes of bodies swaying on hooks, limbs scattered throughout a damp, dark basement floor, and dirty sinks spotted with dry blood are just a few of the vile images that come to mind when we hear the words “Texas” and “chainsaw” in the same sentence. And for hard-core fans of the horror genre, it’s kind of a nostalgia, really.

The 1974 horror classic would lay the foundations for what would eventually become a franchise, with its first sequel, inventively titled The Texas Chainsaw Massacre 2, over a decade later in 1986. Leatherface: The Texas Chainsaw Massacre III would come four years later in 1990, carrying the franchise into the next decade and a reboot of sorts subtitled The Next Generation in 1994. It would be almost another decade until this franchise saw the light of day. 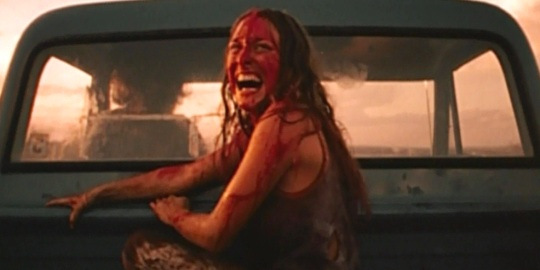 Alas, here we are seven years later (take that Mayans) and Leatherface is still going at it. The new title has dropped “Massacre” in favor of “3D”, probably due to all the attention this gimmicky third dimension is getting and also probably because of Director John Lussenhop’s intentionally low body count, especially for a franchise that has always specified itself as a “massacre”. In fact, there are more producers involved with this attempt at breathing fresh life into this franchise than there are actual victims in the movie.

The surprising lack of corpses is not the only thing off about this sequel. Texas Chainsaw 3D wants you to disregard every other installment in the franchise with the exception of the original, as it takes false pride in being the only “official” sequel. If nothing about this seems off to you, then maybe it is worth asking yourself this question: How bad is the state of your franchise that you, as a filmmaker, must ignore the works of many other filmmakers in order to establish yourself as a viable installment? I digress…

Rather than work off what has already been done, this new sequel tries re-writing history, with more emphasis on the story aspect. The result? The ‘Texas Chainsaw’ equivalent of a Halloween II-Nightmare On Elm Street hybrid.

Picking up where the original film left off -literally, the first fifteen minutes is simply footage of the original ending- a mob of angry townspeople unabashedly mow down the Sawyer family in cold blood and burn down their house; “Sawyer” apparently being the name given to the redneck family of Leatherface’s and also the result of the writers having to pull things out of their asses while attempting to disregard other filmmakers’ stories. In the aftermath, one of the married couples amongst these unapologetic, homicidal townsfolk finds a baby and takes her in as their own (sort of…).

An unspecified amount of years later… Heather (played convincingly by the talented, drop-dead gorgeous Alexandra Daddario) is all grown up and dating… Trey Songz? Again, I digress… Not long into the movie Heather receives a letter from her grandmother, whom she believed to be diseased, and eventually her and her friends find their way from an undisclosed city in an undisclosed state that’s apparently not Texas, pass the “Welcome to Texas” sign, and eventually to the old Sawyer place on good ole Homestead Road in Undisclosed, Texas (picking up on any themes?). Let the welcome home ceremony commence! 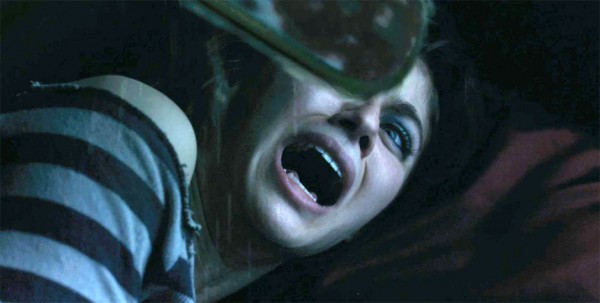 Wait! Hold the elevator! If you’re reading this going “So… If the original movie takes place in Texas and angry Texan townsfolk murder the Texan Sawyer family responsible for the original Texas massacre, then why would Heather, all grown up, have to cross over into Texas? Shouldn’t she already be there?” The answer… That’s a good question! And one that the writers apparently never saw fit to answer. Don’t worry, unanswered quandaries is sort of a central theme in this movie.

I see no way of going into the plot any further without giving out some spoilers, if you can call them that. So allow me to simply jump ahead into the other problem areas of this movie…

First of all, the use of 3D in the movie is almost nonexistent. There are probably one or two good uses of it that involve the chainsaw and some poor dismembered fell’rs, but that’s about it. Second, the way everything unfolds will have you screaming at the screen things to the tune of “That’s not how real police would handle it!” or perhaps “Why did I pay for this?”. Lastly, Lussenhop’s attempt to “humanize” this killer (in much the same way that Halloween II attempted to “humanize” Michael Myers motives) results in an anti-climactic final act that strays from its horror roots and wanders into some messed up episode of Family Matters.

Although Texas Chainsaw 3D may be the most furbished and atmospheric installment to date, it’s unenthusiastic approach to 3D horror thrills and sloppy storytelling only serve to hinder the scares and immortalize this installment as one of the worst in the franchise, if not, the worst.

Posted on Jan 4, 2013 by
Jordan David
Born and raised in the Great Lakes State of Michigan. I work as a projectionist at the local movie theater and study film/ video at Grand Valley State University.
Follow