The Hunger Games Mockingjay: How Will The Third Installment be Interpreted On-Screen?

WARNING: Major spoilers for The Hunger Games and Catching Fire ahead. I’ve attempted to be as cryptic as possible for Mockingjay, but some parts are still spoiler-esque.

There’s no questioning that expectations for The Hunger Games: Mockingjay are colossal. Catching Fire was 2013’s highest grossing film in the US, and Lions Gate Entertainment has reported record quarterly revenue thanks to the success of the first two films. Mockingjay is thought to do even better, especially as the internet essentially had an aneurysm of excitement at the poster release alone.

The death of Philip Seymour Hoffman has brought even more attention to the next two installments of The Hunger Games series as, despite not having finished filming, he has (sensibly) not been recast as Head Gamemaker Plutarch Heavensbee. He was said to have had one major scene remaining, and has apparently been digitally composed into it. Seeing one of the last performances of one of the truly great actors of our time would have been a draw alone for many people, but assessing how well this digitary replacement works will definitely be an extra source of intrigue.

Apart from some obvious omissions of plot points due to time constraints and keeping a low age rating (the book has some pretty hardcore violence considering it’s for teens), The Hunger Games films have – so far – stayed fairly true to the books. Mockingjay however marks a big step from where The Hunger Games and Catching Fire left off. The settings, the ensemble cast, and the now-familiar plot that has been repeated over two films very successfully is radically changed. Many of the scenes in the book will be difficult to translate to film and the tone as a whole will not make for easy viewing, so this adaptation will be markedly different from what we’ve seen from the previous films. However it is adapted, there are a few things for sure that we should expect.

Both The Hunger Games and Catching Fire provided us with the same set of backdrops: we had District 12, the train to the Capitol, the training area at the Capitol, and the arena of the Hunger Games itself (in that order). The films especially used these as anchors for the story, which allowed Hollywood to legitimately have its way of recycling the original plot into sequels (hello, Transformers). Mockingjay has quite literally obliterated any chance of bringing those familiar places back. Whilst the arena brings turmoil and terror, we kind of know things are going to be alright and, even if we don’t know how, things will end predictably as Katniss (and Peeta) will leave the arena and go home. When war breaks out in Mockingjay their home essentially becomes the arena and we witness radically different circumstances than we’ve ever seen before, so this tried-and-tested success story cannot be retold.

Mockingjay throws us into an uncomfortable world where we no longer feel familiar in the setting. With District 12 destroyed, Catching Fire ended with Katniss on her way to District 13, so what can we expect? Without giving too much away, District 13 is similar to District 12 in that it seems grey, dank, and poverty-stricken, but for a long while we won’t get the relief that we had of watching Katniss cut loose in the forest with Gale. For a large portion of the book everyone we meet is trapped underground, which will be difficult to make interesting and will definitely be less action-packed and vibrant as the previous films have been. District 13 has the potential to be overwhelmingly depressing on-screen, especially in contrast to the bright lights of the Capitol that we’ve had as aesthetic relief in the earlier films, so a bit of creative license with the story should really be implemented.

Mockingjay is very different from both The Hunger Games and Catching Fire in that Katniss is no longer the driving force behind the plot. We see a lot more of the people we only really know through Katniss, and through the course of the book start appreciating them in their own right. Whilst the films have been less Katniss-centric than the books (a necessity considering the books are first-person), many of the characters in the film are deemed important because Katniss says so.

Primrose is the most potent example of this. We finally see the little kid that Katniss saved from the horror of the Hunger Games in action. Prim was always associated with Rue in the first installment. Rue’s youth and innocence was often highlighted, and so we as an audience are led to believe that Primrose is as delicate as her namesake. Mockingjay finally allows her to become her own person, and proves that Katniss is not the only one in the family with significant survival skill. 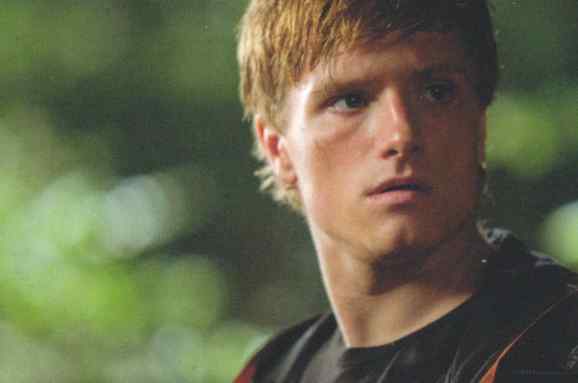 A huge difference between what we’ve seen in the previous films is the role of Peeta. When Katniss is saved by the rebels from the arena, Peeta is simultaneously captured by the Capitol. We are used to him acting as Katniss’ rock, preventing her from careening off into danger and madness, but for a large part of the book he is not present. This is something that films would probably benefit from changing. As the film allows us to see things that are not from Katniss’ perspective it will allow us to see what happens to Peeta in the Capitol, whereas in the books we are unable to have that insight.

Even when he returns, their situation is incredibly different to anything they’ve faced before. In the book this sent Katniss down a self-hating route that she always had the potential to slip into, but without Peeta’s consistent support and affection she fell and then some. How this will translate on-screen is difficult to judge. With the book we get the help of Katniss’ internal dialogue so her self-flagellation and outward hostility is given explanation. On-screen she could appear self-indulgent and lose some of the stoic hero status that has made her so popular. Whether her pain will get played down or made evident is difficult as, either way, it could completely change the strength that her character has had since the cry of “I volunteer as tribute!”

One of the things that attracted most criticism, and probably the biggest difference between the books and the film so far, is the significant lack of Gale (and not just because Liam Hemsworth is a fitty). In both The Hunger Games and Catching Fire, Gale is Katniss’ best friend and her sole confidant. Whilst we are told about their closeness in the films, their unspoken intimacy, and Katniss’ unwavering internal adoration of him, is lost.

In Mockingjay we see more of Gale than ever. Not only that, but he moves from best friend to, initially, a saviour. At the end of Catching Fire we are told that Gale led District 12 in escape from the bombings, and so saved Katniss’ family from certain death. Katniss and Gale’s interdependence as hunters and friends, and how this helped Katniss get through the Games, was seriously underplayed in the films (so far). Outside of his handsomeness, the films haven’t really given us a reason to love him, or much insight as to his and Katniss’ previous relationship. As the focus of Mockingjay moves closer into Gale from the beginning, hopefully his character on-screen can move from peripheral foil-to-Peeta to being a hero in his own right.

Mockingjay introduces us to a significant amount of new characters, though only a small proportion of them are as vibrant as those we’ve had from the first two books. As war develops between the Districts and Capitol we meet generals, medics, and wounded left, right, and centre, few of which arguably carry the emotional weight of characters like Cinna, Haymitch, or even Effie.

One character that does hold attention though, if not emotional weight, is President Coin. President Coin represents the leader of the rebellion. As the head of District 13, she has essentially been leading the rebels since before Katniss could even be in the Hunger Games. The casting of Julianne Moore could be one of the best decisions possible, as Moore is sure to give Coin the delicate power and charisma that she had in the book. In Mockingjay moral absolutes become obsolete, so Moore will surely whip up a storm as the ambiguous leader of District 13.

As there is this wealth of new characters in Mockingjay, the apparent decision to create a new character for the film has been questioned. The internet has been rife with speculation about the casting of Robert Knepper as “Antonius”, a character not from the book. It is likely, if the perspective is taken from Katniss and includes Peeta’s plight too, that Antonius will be someone that Peeta encounters in the Capitol, but feel free to read more theories here.

The Hunger Games: Mockingjay is going to be a very difficult book to bring to the screen, especially when keeping an age-rating in mind. Turning it into an all-out war action film probably wouldn’t appeal to the majority of the established audience, despite war being the central theme. The book is almost relentlessly both bleak and violent, so a good injection of light relief is a necessity to ensure its success. The first two books leant themselves quite well to being filmed, and had a cracking sense of satirical humour that prevented them from being too depressing. Mockingjay took a much more serious tone, so it will definitely be a challenge to make it as strong an all-rounder as the others. May the odds be ever in their favour.

Posted on Feb 26, 2014 by
Spencer
Contributing writer for The Artifice.
Edited by Misagh.
Follow