Practical Effects of The Thing 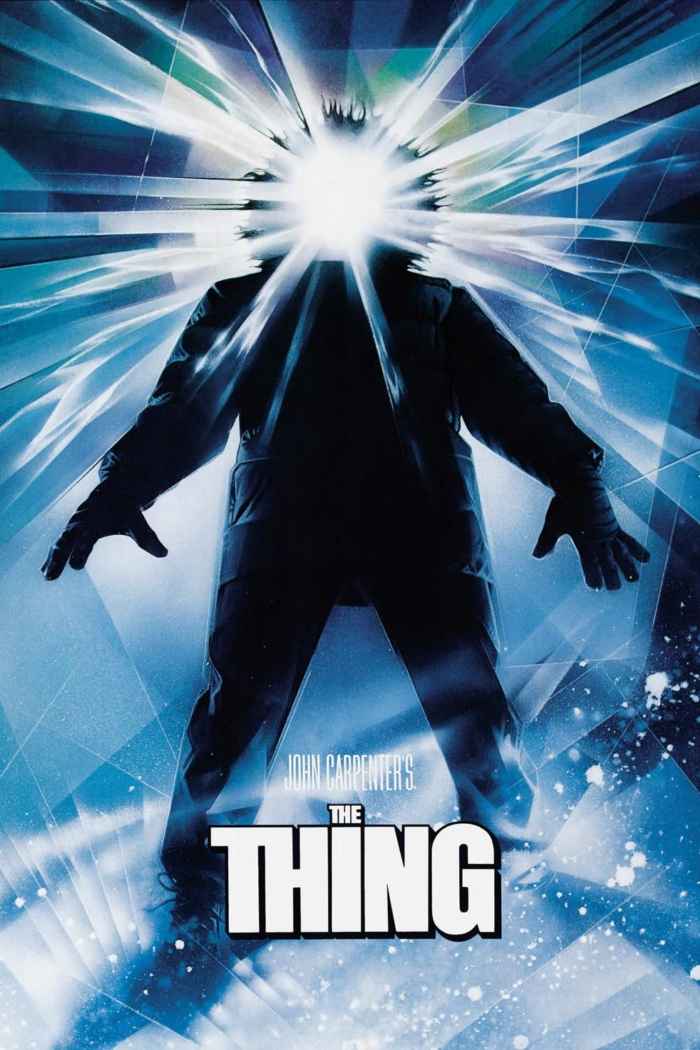 In 1982, Computer generated effects were still very rough. They could perform basic functions, but their integration and interaction with the real world had not yet evolved to a point of believability. It would not be until over a decade later that technology became advanced enough to hide these effects. This advancement also continuously shows the age of effects from years prior. Movies would look out of date and cheesy only a few years later. Instead, practical effects were the standard for special effects in film since its creation. Because they were real, they didn’t have to hide like CGI images. They could act and react in a real space. Costumes, makeup, and miniatures are only a few of the tricks that talented artists use to bring the fantastic creations to life.

Star Wars spawned ILM, an entire effects company due to its immense overload of effects including everything from stop-motion to elaborate costumes. In An American Werewolf in London, Rick Baker used various animatronics and makeup techniques to portray the dreadful transformation of a man into a deformed beast. However, it was Bakers assistant, Special effects creator Rob Bottin and his work on The Thing, who created effects so palpably gut-wrenching that they make audiences shudder to this day.The 23-year-old artist endured painstaking hours; working 7 days a week for 56 weeks. After the film’s completion he checked himself into the hospital for exhaustion. The result of his tireless work was an innovative alien horror that matched director John Carpenter’s eccentric taste for the grotesque.

“Because what I didn’t want to end up with in this movie was a guy in a suit. See I grew up as a kid watching science fiction and monster movies and it was always a guy in a suit…and my fear was ‘they’ll laugh at us’. So when I saw that stuff coming out [the effects] I was like ‘phew’”.

-John Carpenter (source of all quotes)

Carpenter’s iteration is a world away from its predecessor The Thing From Another World (1951). Practical effects of this complexity weren’t possible. The thing was a veggie-Frankenstein that was killed when the scientists electrocuted it. Exactly what the director didn’t want to put on screen. Carpenter and Bottin created a monster that has no form. The sheer number of effects create an ever-changing monstrosity. It more closely resembles its source material, John W Campbell’s novella Who Goes There? Each individual cell is like its own creature. Constantly mimicking to stay alive. Bottin created various moulds and statues off the bat to immediately set his vision the thing’s amorphous appearance.

“Robert already started sculpting a lot of the things like he sculpted the fused bodies…and that was lying on the floor when I went by for the first time and I just remember thinking ‘this is an amazing, grotesque art’”.

His creations included use of everything under the sun. Mayo, Strawberry jam, foam latex and KY jelly being just a few of the ingredients that made the monster palpably sickening. The smorgasbord of gooey accoutrements that compliments Bottin’s strange creations, helped bring the nebulous monster to life. Bottin didn’t work alone, however. At one point he was so beleaguered by the sheer number of effects that he called on friend and fellow SFX creator Sam Winston to create the thing-dog hybrid that first introduces the audience to the horror they are in store for. An impressive sequence, Winston pulled no punches in creating a form that seemed to be constantly evolving, as the monster unfolded into an unrecognizable mass of eyeballs and tentacles. Winston would pilot the aliens head with his arm in an extremely elaborate puppet while other crew members would also operate various moving parts of the writhing alien beast. The team used reverse shots to obtain certain effects, meaning rubber tentacle like hoses were pulled through the alien model; the footage was then reversed creating the effect of gruesome appendages growing from the thing. The scene built up to the only reasonable conclusion, with Keith David dousing the monster with a real fully functioning flamethrower.

The true appeal of The Thing is that the monster truly has no form. It morphs and imitates constantly. It can become any living thing. Assume its mannerisms. Its memories. Its form entirely. Having many changing variations of effect was the obvious consequence of this. Scenes featuring the monster required intricate rigs that splinter off to reveal entirely new horrors.

In one particular scene, Norris (Charles Hallahan), collapses due to an apparent heart condition. Already in a panicked state his fellow survivors rush him to the doctor who begins defibrillation. Norris’ torso suddenly opens to reveal a monstrous chasm as the doctor goes in for another compression. His arms are bitten and ripped off by the thing. As the other men rush in to assist, the thing’s chest erupts in a green meaty explosion. A spider like creature with Norris’ deformed visage clings to the ceiling vent. As The men subdue the parasitic-like abomination with the flamethrower, Norris’ original head stretches and tears at the seams from his body. It falls to the floor before sprouting more spider-like legs and retreating.

This scene is hard enough to follow with the imagination. Now picture having to create every effect in gory splendor. A process with 3 separate monsters and even more rigs. Hallahan spent 10 days with Bottin to create a complete and lifelike mould of the actor to house the hydraulic jaws that would serve as the mouth. It was so realistic that Bottin even matched Hallahan’s chest hair pattern.

“The day we shot the sequence of my chest exploding I was inside the examining table… It was really my head, my neck, my shoulders, and my arms. Everything else was the model. Richard Dysart came in that morning when I was already in the harness and he said ‘put some clothes on that guy, for god sake’ and it wasn’t until he was right on top of me that he realized that it was fake. I’m shocked how accurate it is.”

The next problem was how to show the doctor’s arms being ripped off. Well instead of filming the doctor and the effect in completely different shots, the team affixed fake arms to a double amputee. They made a hyper realistic mask of Richard Dysart (Dr. Cooper), knowing that in all the chaos the audience would never notice that it was not the real actor. Again, the mask was so well-done that co-stars first believed that production had simply found a body double amputee that looked exactly like Dysart. Bottin’s work was so impressive that it was freeing the team to different shooting possibilities.

The chest eruption shot was a whole other kind of beast. The single shot took up an entire shoot day given its difficult setup and reset time, with each setup taking 10 hours. I say each because although the shot was meant to be done in one take, Carpenter thought the first take looked too much like a fountain. Bottin luckily secured the take the second time around but this just goes to show how delicate a procedure each effect was, especially considering how important the effects were to set the tone of the film. The following sequence in which Norris’ head frantically tears from his body was no different. With melted chemicals and bubble-gum in place to create the effect of alien innards, the crew readied themselves within a small room filling with toxic fumes (nobody said practical effects were always health conscious). “We actually had this goo that we would pile in there really quick. And the whole time its giving off fumes like paint thinner, and lacquer thinner and all this kinda stuff” Bottin said of this effect. Not the best environment to be breathing in.

There was another problem however, as this concoction also produced flammable gases. And when Carpenter stated that he needed fire effects for continuity, the entire body mould and effect went up in flames. Once again, in order to produce a shot that would appear on screen for no more than 5 seconds, Bottin and the team had to undergo a full day reset.In order to turn the then decapitated Norris into a spider monster, Bottin created legs that would be pulled through the head into the floor and then reversed, similar to earlier shots in the dog kennel. The illusion of movement was created by then putting the head on a remote-control vehicle and piloting it while a different set of legs (this time animatronic), created the illusion that the creature was scurrying away. The effects that comprised this scene took Bottin months of tireless, grueling work. In the end, they were on screen for under 3 minutes.

Time-consuming and meticulous, but the care makes all the difference. The fact that somebody took the time to make each and every effect by hand that still inspire horror 37 years later. Effects artists and companies (CGI included) are overlooked and undervalued. In the last few decades, the saturation of patch-work, after-the-fact effects have become a substitute for meaningful effect contributions. We as film-goers have become so beset by computer effects, that seeing real tangible effects is becoming a rarity, and many audiences fail to notice. Because the effects are supposed to hide in plain sight, they incredible work of the talented men and women who make them has become widely overlooked by Hollywood. Green screens have become the indistry norm. It’s a refreshing reminder when looking back on feats like Bottin’s effects that real blood, sweat, and tears will always have a place in film.

Posted on Sep 16, 2019 by
James
Contributing writer for The Artifice.
Edited by Amyus, Sean Gadus.
Follow