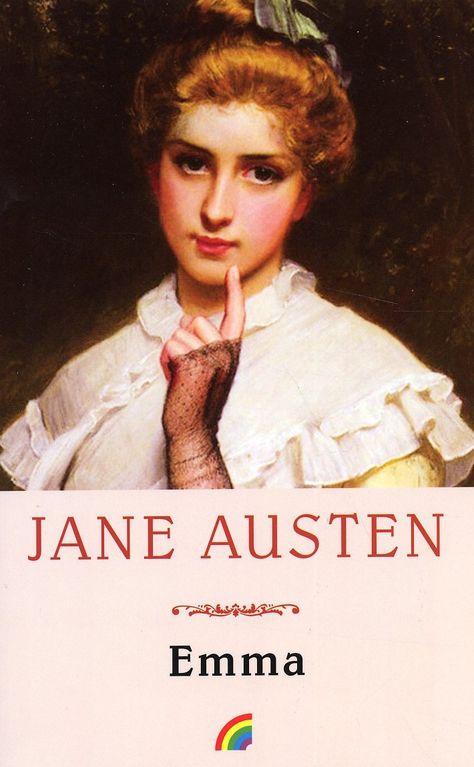 Emma was published in 1815, and was the last of Jane Austen’s six novel. This book, teeming with Austen’s renowned wit, chronicles the misadventures of Emma Woodhouse, a woman who is described as being, “handsome, clever and rich with a comfortable home and a happy disposition.” She is one of those rare characters that has had very little to vex her in her twenty-one years apart from the occasional barb from her lovingly caustic friend Mr. George Knightly. There is no other person in the book more willing to point out Emma’s faults than he is. However, Emma is nigh impervious to the criticisms in the beginning, and after her success in matching her former governess, Miss Taylor with Mr. Weston, her neighbor, she decides to continue her hobby of matchmaking and pair her protégé, Harriet Smith, with Highbury’s very own vicar, Mr. Elton. Hilarity ensues. Much of this hilarity comes from a psychological quirk shared by two of the female leads, Emma Woodhouse and Harriet smith. This is the inability to thin slice.

What is Thin Slicing?

In psychology, thin slicing is the ability to make judgments based on sparse information. This ability finds its origin in the adaptive unconscious of the human mind. The term , which was first coined by Dr. Daniel Wagner in 2002, describes ” the automatic, unintentional, and uncontrollable processes of the subconscious mind.” Although this notion on the adaptive unconscious is based on Sigmund Freud’s view of the unconscious, it is not the same. In Blink: The Power of Thinking Without Thinking, Malcolm Gladwell explains that Freud’s unconscious is a place of darkness and haze in which unsettling thoughts, dreams, and whims are repressed. The adaptive unconscious, on the other hand, is quick and calculating in its effort to aid human function. Human beings process a lot of information in their waking moments,not all of that information can be processed at the conscious level. The adaptive unconscious compensates for this. It works like a computer,making calculations at lightning speed and allow the individual to act within the same time frame.

This is where thin slicing is born. It is the mechanism that allows someone to jump out of the way of a truck that is barreling towards them. In his book Strangers to Ourselves, Timothy D. Wilson states that “The mind operates most efficiently by relegating a good deal of high-level, sophisticated thinking to the unconscious, just as a modern jetliner is able to fly on the automatic pilot with little or no input from the human, conscious pilot. The adaptive unconscious does an excellent job of sizing up the world, warning people of danger, setting goals, and initiating action in a sophisticated and efficient manner.” The adaptive unconscious plays a huge role in how we interact with people. It acts as a driving force behind our emotional intelligence. The adaptive unconscious can allow us to detect and understand the personalities and hidden motives of our peers through instinct. As powerful as the unconscious mind, it is important to remember that it is not infallible. Often the judgments that emerge from it are mistaken, as evidenced in Emma.

The most obvious example is Emma’s complete inability to detect Mr. Elton’s affection for her. Emma is thoroughly convinced that Mr. Elton has feelings for the young Harriet Smith. There are several occurrences in the novel that indicate that those feelings are actually for her, but she misinterprets every last one of them. His attentions to Ms. Woodhouse eventual lead to a direct confession, and Ms. Woodhouse is appalled to discover that she was the object of his infatuation. She rebuffs him with vehemence, and it leads to a falling out between the two and heartbreak for Harriet. How did the keen and observant Emma make this mistake?

Bias serves a deadly blow to the ability to thin slice. What makes thin slicing accurate is not simply the bits of information gathered in the moment, but a large reserve of information gathered in a lifetime through study or experience. In the same way that our biases can cloud deep introspective thought, they can influence our automatic thinking, and cause us to come to quick conclusions that don’t necessarily align with reality. Emma’s bias is for herself and her own powers of reason. Her experience is one of someone who had been given responsibility, authority, and praised as a brilliant thinker from a very young age. In the eyes of her peers, she can do no wrong. Naturally, she thinks that whatever conclusion she comes to is right and will be unable to perceive any evidence of her error. When a person has We see this again when she dismisses Mr. Martin as too coarse and uneducated to be a proper suitor for Harriet smith, whom she believes is a gentlemen’s daughter despite having no verifiable connections.

Harriet Smith is introduced as Emma’s friend and foil. While Emma is opinionated and clever, Harriet is portrayed as meek and daft. It is Harriet’s bias, towards Emma that leads her to mistake Mr. Elton’s affection for her. She too ignores all evidence of the contrary and is as a result unable to see any indication of Mr. Elton’s preference for Emma.  In spite of Harriet’s naivete, it can be argued that she is better at thin slicing than Emma is. Harriet has feelings for Mr. Martin and instinctively knows that he is a better match for her.When the truth about Mr. Elton is discovered she readily admits that she may have reached too high in her affection for him. This is in contrast to Emma’s shock and incredulity of having been proven wrong. Ironically, the gentle and passive behavior which led her to follow where Emma lead, allows her to be more resigned to frank realities than Emma headstrong and grounded in her view points. Through this natural resignation, Harriet expresses her feelings according to her instinct even while she believes in the false hope that Emma unwittingly created for her. She believes that Mr.Elton loves her, but she is elated when Mr. Martin proposes. She rejects his proposal, but is flustered when she sees him again. Harriet’s story arc comes to its completion when she finally acts on her attraction and instinctive knowledge of Mr. Martin’s trustworthiness as a partner and accepts his proposal. Emma, her rigid mentor undergoes a change as well through a series of blunders, she slowly gains humility. If Harriet’s journey can be interpreted as learning to act on her thin slicing, Emma’s journey is about draw back and recognize that she has more growing to do. She must expand her dismantle her self righteous and expand her her reserve of information if she is to improve this particular mode of thinking. The same is true for us, the readers. Viewing this novel in light of the power of thin slicing allows us to draw from it lessons about confronting our biases and exposing ourselves to the antithesis of our self-centered thinking.

Gladwell, Malcolm. Blink: The Power of Thinking Without Thinking. Back Bay Books,2005. Print

Posted on Mar 2, 2018 by
MKLee
Contributing writer for The Artifice.
Edited by lucyviolets, Joslyn Robinson.
Follow