Under the Dome: The Obsession With ‘Epic’ Television

Television is always evolving. With an ever-changing audience base and new technology, television seems to change constantly into something new. In the last 5 years or so however, we have seen a big change to TV, manufacturing itself into something new, something more. For me, it seems to be this latest obsession with ‘Epic’ television. Now, this is a term that I have created, but it basically applies to this ‘Blockbuster’ experience of high budget explosions, directors and intense narratives brought into the basic, short-scene world of television. The budgets of some of the latest shows have gone through the roof and essentially changed into a film canonical experience with expensive special effects, deep and creative narratives and the use of a modern scope. Is this for the best though or has television always been a separate identity that should be kept apart from cinema? Lost (2004-2010), Walking Dead (2010 – 2013), Revolution (2012 – 2013) and (the newest) Under the Dome (2013) have all explored this new obsession in varying ways and have therefore changed how television can be talked about. No longer content with single location shooting or a basic cast and (almost predictable) narrative, these shows have all explored and tested the boundaries of the television genre. Now I am not insinuating that this is necessarily a bad thing, but with this new obsession of ‘Epic’ television, are other genres left by the wayside? Can these shows be considered good when a massive fan base is often lost after one season? And what does this mean for television in the future if the general audience becomes complacent with special effects running the show?

So, what could this mean for the future of television? Personally, I am often wary of these shows as they more often than not project a sense of unanswerable questions, too many characters to form a bond and rushed endings, all of which construct a very bad recipe for television. Television shows allow the audience a serial viewership (as opposed to a single viewing in the cinema or on DVD) fleshing out of the characters story lines and therefore forming a close relationship and understanding of the characters. Film is often limited in this way as they only have 2 hours to make the audience love the character while television has the time and devotion to the show to create a beautiful story arch, taking the audience on a brand new adventure each season. So what would be the upside to modifying this schemata and bringing in film techniques? Well, an obvious answer would be; the scale. By shooting these television series in this way it gives the impression of a spectacle. It makes the audience feel as though they are in the cinema, watching a million dollar film in the comfort of their own home, basically for free. 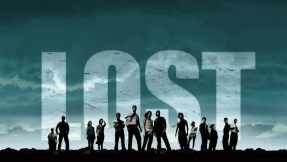 When Lost first aired in 2004, it instigated this cycle of ‘Epic’ television. With an entire plane crashing onto the island in the first 5 minutes of the show, it managed to not only set the bar high for other programs, but to also establish a complex narrative, unlike many sitcoms and serial police dramas available on TV. The show then followed this mystery throughout the season and continued for several more. It required patience, loyalty and investment in order to find out the ending, something common to TV series, but used in a completely different way. Lost received a lot of criticism for this unanswerable plot, but it managed to get the ratings it needed in order to carry on to the series finale. Would one classify Lost as a good show though? Did it have an original plot? Yes. Did it manage to bring in good ratings? Originally yes, but the fan base slowly dwindled as smoke monsters and more unanswered questions began piling on too thick for the average viewer. Did it have good CGI? Yes. Probably the best I had seen on TV for a while, but it wasn’t necessarily used for their advantage as the characters and story line were stuck on the island and not a futuristic land set in 2054. 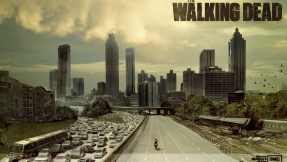 The Walking Dead was originally based on a comic book series of the same name but has since expanded into a highly followed television series. With the stock standard tale of zombies taking over the world, the audience follows several characters as they try to simply survive. While CGI isn’t used thoroughly, the epic story line and quality prosthetic are what sets this series in the “Epic” television class. In the horror-drama category, this zombie TV series follows all the tropes of a zombie film with hordes of zombies, constantly changing sets and a certain connection to the survivors. Nothing that has really been seen on standard TV before. The audience follows Rick Grimes from the beginning as he finds more survivors along the way. With horrifying scenes and an intricate plot, this series changes the way in which television can be examined. Several characters come and go as they are eventually killed, giving all of the characters and its audience a unique relationship. 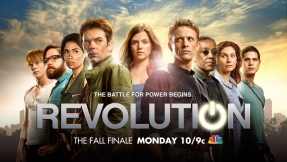 Revolution follows The Walking Dead similarly as it focuses on the decline of the human race and an apocalyptic future. Eric Kripke (the same creator of Supernatural) creates this world without power (political, electrical or otherwise) focusing on the survival and re-building of the world. Again, a complex narrative shapes this story bringing new twists and turns as the audience learns more and more in every character’s flashback. Unlike the majority of TV shows, a lot of the main cast is rarely safe from death and the audience is often left wondering who is good and who is evil. It is clear then that this ‘Epic’ television is often made up of a certain style, not necessarily exact components that make up the show. With clever narratives, the audience is often thrust into a fast paced adventure each week with the mysteries of the past unfolding before them. This then brings a certain filmic approach with just the added perk of the serial-ity and consistency of television.

So does this mean that ‘Epic’ television is a bad thing then? Under the Dome is the latest to join this list and it has so far brought in the ratings needed. However, a lot of the shows above started in the same way only to be criticized or forgotten as the audience can’t be bothered to keep up with this constantly changing cast, question-after-question plots and slower style story lines. I think that these kinds of shows can only successfully work in small doses otherwise the audience become frustrated and impatient. ‘Epic’ television then doesn’t mean the end of ‘normal’ television structure, but simply the evolution into something new. It has all the aspects we all love in films, but is presented to us in our own homes, for a low price. Who could really argue with that? However, I would watch these show warily as they do have the tendency to tangent into something you have no interest in watching and will drag you into 10 seasons of the same nonsense. Sometimes it is also nice tojust watch something simplistic without the deep story lines like; The Big Bang Theory. I felt this way about Lost. The Walking Dead and Revolution are on my ‘be careful’ watch list and I feel like Under the Dome will soon join them as it begins to get too complicated for its own good. This format of ‘Epic’ television can only really stay interesting as long as the creators keep it different, while avoiding digging themselves plot holes they can’t possible escape out of.

Posted on Jul 16, 2013 by
Kelsey Clark
I have been a student at UQ for 4 years now studying a Bachelor of Communications and Arts. I love everything film, television, comics and anime!
Follow