Masters of the Mockbuster: What The Asylum is All About

In December of 2012 the joint production and distribution company known as The Asylum was sued by Warner Brothers over their film titled Age of the Hobbits. The film doesn’t particularly have anything to do with the short folk from Tolkien’s universe, but it’s title was similar enough to spark Warner Brothers into a fiasco and lawsuit. As a result Age of the Hobbits was slapped with a restraining order, and had its December 11th release date pushed back. The title was also exchanged for Clash of the Empires. The courts decision was “the likelihood of consumer confusion” over Warner Brothers anticipated The Hobbit: An Unexpected Journey. 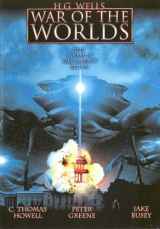 Earlier last year around May, a similar suit was filed against The Asylum, this time by Universal. The questionable film this time was American Battleship starring Carl Weathers (Predator, and Arrested Development) Universal filed a 54-Page copyright infringement, and false advertising claim, feeling that the low budget film was too similar to their big budget summer blockbuster Battleship. Their demands; “wants the court to stop all Stateside distribution of American Battleship with an injunction and all American Battleship DVDs, posters, trailers and everything else seemingly related to the movie destroyed.” Pretty steep terms of surrender from the pop culture juggernaut who likely isn’t hurting from any lost profits caused by American Battleship. Ironically American Battleship aired on SyFy, a network owned by NBCUniversal. The Asylum responded to the suit by stating confidently; “The Global Asylum has promoted the feature film American Battleship for nearly a year while Universal raised no concerns. The timing of Universal’s recently filed lawsuit coincides with mixed reviews of its big-budget film Battleship — the first movie based on a board game since Clue. Looking for a scapegoat, or more publicity, for its pending box-office disaster, the executives at Universal filed this lawsuit in fear of a repeat of the box office flop John Carter of Mars. The Universal action is wholly without merit, and we will vigorously defend their claims in Court. Nonetheless, we appreciate the publicity.” It’s obvious that they either don’t care or just have a poor member of their staff writing their legal statements, the title is just John Carter and was released by Disney not Universal. Though they might be addressing the industry as a whole. The title of the film was subsequently changed to American Warships. 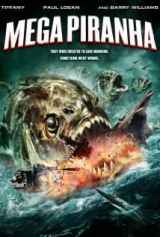 So who are these guys? If you’ve checked out a Redbox of late, or are a casual browser of Netflix large B-Movie sub-genre, you’ll likely have taken notice of skeptical title or cover art that resembles prior existing films. If you have you’re not experiencing deja-vu, likely the culprit is a studio known as The Asylum. A notorious direct-to-video studio that’s life blood is comprised of producing films with dangerously similar plots and titles to large Hollywood films, hoping to piggyback on the success or fool some ill-informed member of society into purchasing the film as a gift, or cox a very well aware consumer into purchasing their titles as a joke. Films like; Snakes on a Train, Abraham Lincoln vs. Zombies, Transmorphers, and Sunday School Musical. The list goes on hilariously forever. The films themselves are complete garbage, and serve as nothing more than background noise or excellent subjects for drinking games, increasing their quality slightly. They’ve discovered a way to capitalize on those sought after licenses that Hollywood has paid top dollar, for free.

The Asylum wasn’t always a hitchhiking production company. Founded in 1997, the studio specialized, like many small studios, in the release of low budget horror films. Their first production was a drama, Bellyfruit which landed a small theatrical release. Unable to compete with competition, 2005 brought the idea to adapt HG. Wells ‘The War of the Worlds’ in a modern setting. That same year, Steven Spielberg had his modern monster of an alien invasion film based upon the same source material released. Blockbuster Inc, apparently took notice and ordered 100,000 copies of The Asylum’s version of the film, possibly hoping for the same response that the studio now preys on. This massive shift in output had the studio reconsidering their business model. That year the studio also put out King of the Lost World, a King Kong mockbuster. The following years have lead the company to produce a majority of their films to coincide with themes and plots that are similar to big Hollywood releases. While the studio insists that their stories are original they could have fooled anyone by their titles.

Recently The Asylum has gained a bit of notoriety from the multiple lawsuits filed against the studio, and their production of the absurd. 2009 saw the release of Mega Shark vs. Giant Octopus. A monster brawl that is exactly how it sounds. Two impossibly large aquatic beasts battle it out in Windows 95-like computer graphics. The featured image isn’t a photo-shopped still for the DVD cover, it’s an actual scene in the film, and the photo is a reserved interpretation of the scene. The studio has discovered that absurdly large reptiles, fish, and arthropod brawl films draw in equally absurd amounts of money, like a lost element of the periodic table has been found. Since the shark jumped the plane, Mega Piranha (which features more abundant but equally baffling airborne action), Mega Python vs. Gatoroid and Mega Shark vs. Crocosaurus, have all followed. Ironically Roger Corman studios ‘borrowed’ The Asylum’s business model and put out Dinocroc vs. Supergator (starring David Carradine), and Sharktopus (it is exactly what you think it is). Besides making up giant reptile species, The Asylum has done a number of films unrelated to the giant animal sub-genre, but equally ridiculous. Titanic II was released in early 2010 to very obviously, poor reviews. Though it carries that allure of, “it must be seen to be believed”. There is also a personal favorite of mine, 2-Headed Shark Attack, and even a sequel to the aforementioned HG Wells adaptation, War of the Worlds 2: The Next Wave. 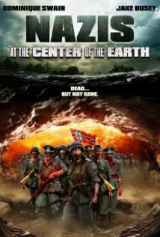 Admittedly The Asylum gets even the best of us at times. Last year, I eagerly awaiting the US release of Iron Sky, the Finnish-German-Australian sci-fi action film about Nazi’s that return to conquer Earth in 2018, after fleeing to the Moon during the Third Reich’s initial defeat in 1949. With the passage of time I gradually had the film and it’s title slip into limbo. At a closing down blockbuster, I stumbled through the ranks of leftover titles and unearthed Nazis at the Center of the Universe. In eagerness to snag a bargain at the dying video store I walked out proudly with a copy of what I though was that equally ridiculous Finnish-German-Australian film from earlier in the year. While I’m not exactly sure which film is supposed to be the “good” one, Nazis at the Center of the Universe satisfied whatever it was I was looking for in Iron Sky. The Asylum… you got me.