Much like any other form of media, movies tend to reflect the cultures that they’re apart of. One of the best things about Paul Verhoeven’s 1987 classic, Robocop, is that it managed to cleverly satirize Reagan’s America while also managing to be wickedly entertaining. In a decade marked by consumerism and the corruption of big business, Robocop served as sort of a funhouse mirror for America; it both reflected and humorously distorted its reflection.

Here we are, a quarter of a century later, and things haven’t gotten much better: America is still plagued by corporate bureaucracy and corporations now have the same rights as individuals. Those things which made the original film so relevant are still very much with us today, so the idea of remaking Robocop may not be as far-fetched as you might think.

Having said that, there are a few things outside the satire that Director Jose Padilha must do successfully in order to justify the existence of this new Omni Consumer product. If these tasks, let’s call them, are done just right, then not only could the new Robocop movie be relevant, but it could turn out to be a genre standard. 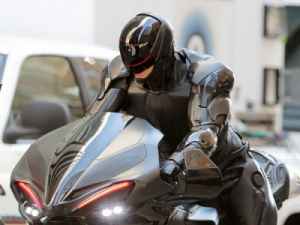 The first and most obvious of these tasks entrusted onto Director Padilha is making the new Robocop movie wickedly entertaining. Hollywood makes its money off of eager moviegoers looking to escape from the mundane responsibilities of everyday life; they want to be entertained and they will complain if they are not (trust me, I work at a movie theater). If this reboot doesn’t fulfill its basic requirement of entertaining its audience, then it has failed before Murphy even has time to test drive his sweet, new cycle. Entertainment, however, is not the singular factor to the success of this reboot.

The second of these tasks is for Padilha to distinguish his version from Verhoeven’s (otherwise, what’s the point?). Padilha has a chance to do this by further establishing and exploring the character of Murphy both before and after the accident- something Verhoeven did not do much of. Who is Murphy? What makes him tick? And how does having his consciousness reprogrammed (literally) affect this individual, if at all? These are all great questions worth exploring and if Padilha does it right, he could bring a fresh, humanistic twist on this classic Frankensteinian tale.

The third of these tasks is similar, in a sense, to the second. Robocop is ultimately a science fiction movie; therefore, if Padilha really wants his remake to be a game-changer, then he must distinguish it, not only from Verhoeven’s original, but from all other sci-fi movies in general. All the greats of this genre: Star Wars, Terminator, Alien, The Matrix, Star Trek, Blade Runner, have all brought something new to the table, or at least had their own clever twist on an already established idea, that help identify them. Now these movies are defined as “classic sci-fi”. In order for Robocop to join those ranks, it needs some of its own identifiable science fiction trademarks. Guns and lazers aren’t gonna cut it. 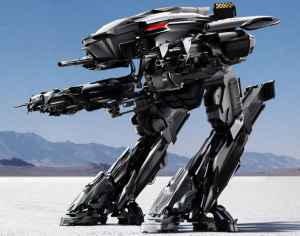 But nothing is so easy. Padilha cannot simply accomplish one or two of these tasks and call it good. No. In order to establish this new Robocop as a game-changer, Padilha must succeed at all of them. If he focuses on these things foremost, then the satirical elements of the story won’t feel forced or like the filmmakers are trying  to “outsmart” the original. It won’t be easy, for sure, but I think we would all rather wait another year in order for Padilha to detail this ride than to see it now and have it turn out to be a clunker.

Posted on Dec 4, 2012 by
Jordan David
Born and raised in the Great Lakes State of Michigan. I work as a projectionist at the local movie theater and study film/ video at Grand Valley State University.
Follow