Who should be Ant-Man?

Ant-Man might not be the biggest superhero, but he will soon be getting his own movie, Ant-Man due out in 2015. With Edgar Wright at the helm, the film is sure to be a mixture of action and comedy and will at least be interesting. Early reports said that the film would be following Henry Pym in the 1960’s and it would flashforward to Scott Lang as the modern day Ant-Man. The film has been rewritten since then, but it is unknown to what extent. So this post is written in mind with Pym as the lead for this, and with possible returns for sequels.

Now, the easy option for Henry “Hank” Pym would be Simon Pegg, a frequent collaborator with Wright, but here are five other options. The actors on this list are a mix of comedic and dramatic actors, all of which show traits of Ant-Man, or traits that are often utilized by Edgar Wright.

So the question remains then, who will play Hank Pym’s Ant-Man? 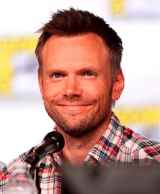 Known mostly for cracking jokes at celebrities on The Soup, Joel McHale is an underdog for the role, but his style of comedy might be useful for a film being directed by Edgar Wright. This film has the chance of being unlike any of Marvel’s Avenger-related movies as this director works best with dark comedy.

McHale is in his early 40’s, which could serve the character well as Hank Pym is a biochemist. McHale doesn’t have pounds of muscle on him, which would typically make him unfit for a superhero role, but Pym doesn’t need to be clad in muscle.

It is hard to imagine that a studio would put him in a lead role after only a few parts and a starring role in a television sitcom. Marvel and Disney can’t make a mistake when casting Ant-Man as the character and actor might be needed for years to come. Despite the few benefits, it’s hard to say if McHale would be worth the risk. 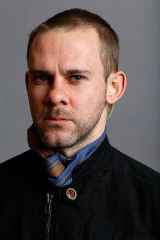 Best known for playing Merry in Lord of the Rings and Charlie in Lost, Dominic Monaghan could benefit from another starring role in a well-hyped movie. Like most superheroes, Hank Pym is a mixture of both dark and light, which is something Monaghan could handle. Hank Pym has quirks and Monaghan might be the most suited for that.

While the past few years haven’t been kind to him in terms of roles, he did star in a small film called I Sell the Dead. The movie was good considering its low budget. The main reason for watching is Monaghan’s performance. He had charm and great comedic timing, timing which Wright could utilize. He might be believable as a scientist, but maybe not as a superhero.

Having the lead role in another big-budget movie might be what his career needs. He hasn’t had his name mentioned in many conversations, so his chances of being cast are slim, but the studio could pick worse. 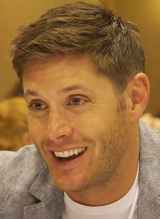 Now, wouldn’t this be an interesting choice? Jensen Ackles is known for a darkly comedic show, which Wright could use to form an epic action comedy that still features dark undertones. Ackles could help Wright and future directors explore the dark-side of Pym and it would be exciting to see how Ackles could do in something other than a horror film.

At 35, Ackles is the perfect age for a long-term hero. He’s done “growing” and he doesn’t have a baby face. He’s got the chiseled features required to be a superhero. Also, with a shave and some hair styling, he could be convincing as 1960’s scientist.

Since it is unknown just how much Marvel will use Henry Pym in future movies, his lack of movie experience might not matter. Lastly, he might be better suited to play Scott Lang as his rough exterior might work more for a criminal than a smart biochemist. 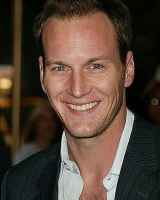 Wilson might be the most-bankable option on this list. He’s been in a wide range of movies and has proven that he can do both drama and comedy. He might not be Hollywood’s biggest or brightest star, but he has a face that people can like and the potential to become a recognizable face and name.

His most notable performance, in terms of action, would have to be from The A-Team. It wasn’t the greatest movie, and his performance didn’t garner an Oscar nomination, but he displayed the wit that Wright would like and physical prowess that superheroes need.

There’s not really any clear problems with him, I have heard, though, that he is not a comic book fan. While that might not be too big of a problem, a passionate actor is always the best and that also slims the chances of him taking the role if offered. 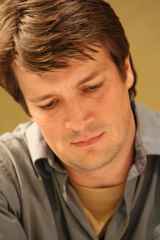 Nathan Fillion is probably the front-runner in every Ant-Man list compiled and there’s a clear reason why. Fillion is funny and the biggest comic book fan in Hollywood. There is no doubt that he would bring every ounce of passion that is in his bones. He also could lead the film with his charm and charisma.

Fillion is well known by comic book fans, as well as fans of other sci-fi shows, movies and video games. While his last big movie, Serenity, failed at the box office, both he and the film’s director, Joss Whedon, have experienced years of growing popularity. For a studio not to capitalize on that would be stupid.

It’s still unknown how Hank Pym will be involved in future projects, so if he has continued limited roles in future movies, Fillion should be fine. At age 41, it might be time for Fillion to squeeze into some tights and become a full-fledged film actor.

Posted on Mar 17, 2013 by
Austin Bender
I attend college in hopes to one day work in film or theater, but until then I write reviews on the subjects I love.
Follow