Who’s Afraid of Non-Naturalism? The allure of the ‘real’ play

Although I am skeptical about Hamlet’s personal likeability, I doubt that anyone would disagree with his pronouncement that the purpose of performing and the theatre itself is “to hold, as ‘t were, the mirror up to nature”. Often, naturalistic theatrical performances reflect contemporary society and its conventions, or how we have operated within society in the past. We see our lives mirrored in the lives of the characters; the way they relate to one another, the way they respond to particular stimuli in their environment, the way they express themselves. In various works, naturalistic pieces serve to expose a certain harshness of life – a bluntness, a frankness that exists within the unapologetic nature of existence. This trait can also be replicated within non-naturalistic performances. However, this is more frequently accomplished through more obscure means. As a result, we (the safe, careful audience) appear to have some fear of non-naturalistic performance. We shy away from the world of theatrical discourse that steers away from the everyday and takes you to an extraordinary place. This world is a strange world, it seems, a mad world. Contrastingly, dramatic works that hail as ‘naturalistic’ stay within the confines of reality, never puncturing the illusion of life being portrayed as we live it… am I the only one that’s bored already?

Émile Zola, an author, playwright, theatre theorist and critic, was a key contributor to the theatrical development that we know as ‘naturalism’, as well as a major player in the literary school of naturalism. Despite the weakness in his own plays, he understood the role of theatre in society very well, and the ever-increasing importance of one’s surroundings in a theatrical sense. He also appreciated the clarity of theatrical naturalism, and the enriching cultural and intellectual benefits of naturalistic theatre on one’s existence. In many ways, his opinions can be justified. A piece of naturalistic theatre makes sense, for the most part, and unfolds in chronological order. Especially relevant in the 19th century, there was a sense of such theatre being ‘proper’; it hardly ever challenged society’s ideological structures nor did it shock audiences into considering alternative viewpoints in how to live their lives. Theatre stuck so severely to the idea of maintaining a sense of reality that companies used live animals on stage to recreate real scenarios. 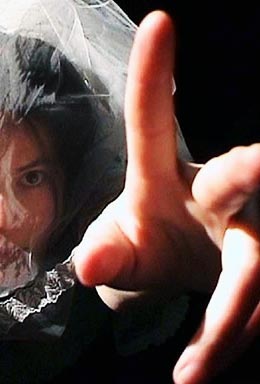 However, that’s just my bone to pick. There were no loopholes, no gaps in the presentation of reality to lure you into a world that so vastly differed from your own. There was no reason to take an audience member out of their ordinary world and offer them something extraordinary to explore. Ordinary was life and ordinary worked. Having said that, with changing times and changing technologies, the very nature of theatre has also transformed. Naturalism can now be exciting. In the face of an ever-evolving world, with distinct cultures and practices, the theatrical style of naturalism has emerged with numerous stimulating works under its wing. In my experience, I have found that this type of theatre excels in helping audiences to understand life itself and its encompassing meanings, rather than simply reflecting it. However, non-naturalistic works can achieve an identical effect, and more often than not, they provide a far more interesting and complex vehicle to reach the same insight.

Now, that’s where I tend to lose some people. Don’t get me wrong, I mean I love naturalism, it revs my engine, but it does not belong in every theatre (and if you understood that Anchorman reference and laughed, then I’ll assume you’re on my side). Non-naturalism is intriguing and fascinating and insightful! By its very definition, it refuses to follow the constraints of the natural rhythms or patterns of life. Art that allows a glimpse into the mad, the absurd, the unusual, the DIFFERENT, should be praised and reproduced, not shunned for the thing that classifies it – not being natural. Non-naturalistic works possess the ability to transcend language, a form that everybody understands in one way or another, and communicate complex, intellectual and emotional ideas. Ideas that are confronting and conflicting, but inspire thought all the same. Ideas that an audience member may never have wanted to face, ideas that are essentially small fragments of knowledge that have lingered in the back of their psyche that have been waiting for the right moment to tear them up from the inside.

Of course, when phrased in such a way, that notion is utterly terrifying. But that’s exactly what makes it riveting and frightening and exhilarating all at once. It can be so wildly confronting that, for an afternoon at least, you are wholly consumed by what you have just seen. Your mind is racked with thoughts and desires that you have never dared to consider. Your theatrical experience becomes more than just a negligible, transient event on a timeline. However, like performances of any theatrical style, I do acknowledge that non-naturalistic works can be awful. A particular style of performance, no matter how gutsy it is, can not save a piece from poor execution and inattentive management. And I say that as someone who was dragged to an hour long performance by a group of women who painted their ‘dreams’ using their own menstrual blood. Oh, how post-modern! How self-aware! Not even close, considering how little they explored their ideas and how repetitive and dragging the show was. Non-naturalism can not rescue a piece of theatre from atrocity, but it can bestow some unconventional qualities on a performance, and sometimes (although not in the ‘drawing with menstrual blood’ scenario), that’s just about the best thing.

I will admit, both theatrical styles have their place, and often, both shine in performance under certain circumstances. Independent productions, shows from large-scale theatre companies, one-man shows inside their own garages; naturalism and its counterpart will pop up everywhere, as these styles have done in the past, and they will most likely be employed to ensure a successful show. However, for what it’s worth, when elements of non-naturalism are leaked into performance, generally, a more astonishing and bracing world emerges before you. So if you must, “… o’erstep not the modesty of nature”, but do not forget the importance of non-naturalistic performance works in this day and age. They hold the power to incite talk, and provoke action. Don’t let an empty theatre and a sizeable debt act as concrete reminders of its significance. I’d hate to say I told you so.

Posted on Jun 13, 2013 by
Claire Macallister
Lover of the performing arts, film scores and blue whales. Self-proclaimed bibliophile and funky feminist, without the funky part.
Follow