Still being speculation up to this point, the penultimate issue of Xbox world magazine will be doing an 8- page spread on details of the next console to be released by Microsoft. The system is said to have Kinect 2.0, Blu-ray disc drive, 3D Sound and a few other new concepts like an “innovative controller,” augmented reality, and much more.

Speculation include the title of the new console said to be simply “Xbox” while current developer kits are codenamed Durango. Durango features 4 hardware cores and that each core are split 4 simulated cores.

The Magazine cover illustrates a 3 dimensional mock-up based on industry leaks and sources. 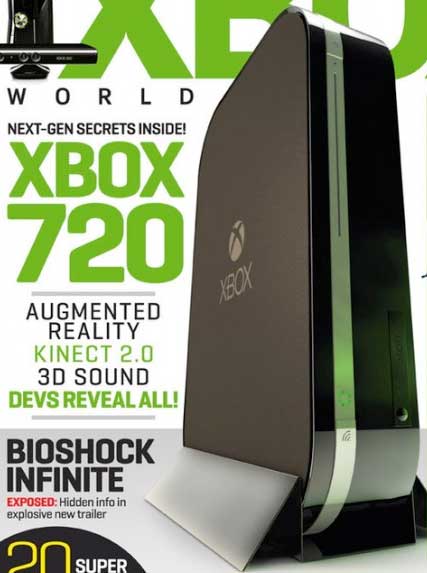 Xbox World has been at the cutting edge of Durango coverage for over 12 months… Unless something really dramatic changes, everything we reveal in our penultimate issue will be revealed long before E3 in June. 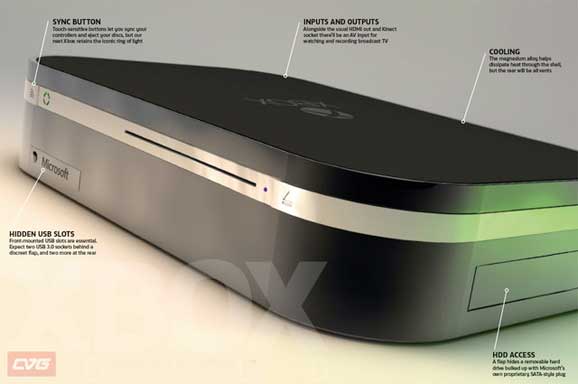 The mock-up is based off the same glossy finish with the patented VapourMG magnesium alloy Microsoft uses for their new line of surface tablets, and the silver band modeled after the wedge touch keyboard or flexible arc touch mouse. Xbox World writes “The future will be black, sharp and curved”.

To read the full 8-page feature, buy the latest issue of Xbox World online or on Apple Newsstand here (UK) or here (US).

PSM3 features an equally large feature on PlayStation 4 and you can buy that on iOS here (UK) or here (US).