Over the past few months, Hollywood studios, directors, producers, and A-listers held the floodgates open as critics and cinema-goers drowned in blockbuster glory. With billions poured into this particular movie season each year, these studios’ efforts have to overcome commercial and critical obstacles to conquer the box office. With nothing more daunting than the long Opening Weekend slog, blogs, newspapers, and word-of-mouth can elevate or deflate big-budget extravaganzas. This year, blockbusters including Captain America: The Winter Soldier, X-Men: Days of Future Past, and Edge of Tomorrow busted through the wall to rake in multi-millions and positive reviews. We also saw surprises like The Lego Movie and Bad Neighbours stick to their guns to come out on top. However, there’s always a Yang to counteract the Yin. Expensive follies like Transformers: Age of Extinction, A Million Ways to Die in the West, and Noah tripped and tumbled to thunderous groans the world over. With this in mind, the year’s box-office results set a certain precedence for everything released in the back half of the year. I picked out several potentially-worthwhile projects to analyse. Judging by the marketing, cast, and crew, these flicks might just elevate themselves over rash preconceptions and prejudices.

Guardians of the Galaxy (August, 1st) 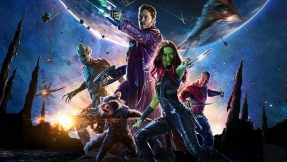 With Marvel dominating this year’s box-office Top 10, its last release for the year, Guardians of the Galaxy, may end up being its most profitable. With its space-opera roots embedded in the plot, visuals, and characters, long-living Firefly fans may spark riots in the streets if people fail to show up. With Joss Whedon’s shadow sheltering this production, witty jokes and enveloping dramatic shades are rubbing off on this feature. Lovingly, Whedon has handed directorial duties over to his good mate James Gunn. With Gunn’s career marked by Slither and Super, his style has worked to mixed success thus far. His previous features, though directed well, weren’t profitable enough for Hollywood to stand up and take serious notice. However, this flick looks like a sure-fire winner for this polarising filmmaker. In the marketing campaign, the cast is placed on an extremely high pedestal. With bizarre characters coveting each frame, Vin Diesel and Bradley Cooper come off as funky choices for the roles of a talking tree and Racoon-like alien respectively. In addition, Parks and Recreation‘s Chris Pratt and Avatar‘s Zoe Saldana make for sublime picks for the conflicted lead-character roles. Above all the juicy details, it appears that Marvel Studios is in full control of every property at its disposal. Aiming for a Star Wars vibe, the final product could either be a game-changer or more fuel for the “blockbusters destroy cinema!” bonfire. 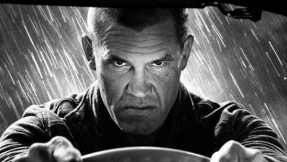 Ladies and Gentlemen, I give you…the sequel absolutely no one asked for! That statement should be plastered across the first few frames of Sin City: A Dame to Kill For – the belated sequel to the 2005 cult hit. Despite its immense popularity, Sin City has ever-so-slowly faded away from pop-culture. Based on misogynistic comic-book writer/artist Frank Miller’s influential graphic novel, ‘acclaimed’ filmmaker Robert Rodriguez’s adaptation is enjoyable enough. Releasing Mickey Rourke from career jail, the original feature is a sight to behold. The sequel, replacing certain cast members and amplifying Rodriguez’s bewildering style, looks to be as abrasive and simplistic as a majority of his preceding efforts. In the trailers, giving away way too much, we see several new additions shooting, jumping, and smooching for our viewing pleasure. Josh Brolin, replacing Clive Owen as Dwight, looks to be bringing the anger and hate to this stove-hogging stew. In addition, we see Eva Green strutting her stuff and Joseph Gordon-Levitt looking slightly bemused by everything around him. However, beyond the star-studded cast and gritty narrative, Rodriguez’s involvement sends shivers up my spine. Having not made a worthwhile film since the original, His cruel-for-cruel’s-sake style has made for for several tiresome efforts. Driven by his exploitation-fuelled glow, Rodriguez should shrug off his impulsiveness before releasing more material of this ilk. 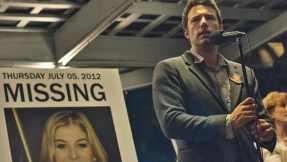 With everything on the line, this drama-thriller may be the most intriguing experiment to be unleashed within the next few months. Acclaimed novel Gone Girl originated from humble origins. Fusing a troubled relationship tale with a grimy murder-mystery narrative, the original material is author Gillian Flynn’s most prescient and influential effort yet. Read and raved about the world over, her work speaks to aspiring writers and entire generations. In addition, this novel adaptation delivers enough stellar cast and crew members to hold its own. Momentous director David Fincher, known primarily for Fight Club and Se7en, is taking on this note-worthy material with commendable intentions in tow. Pushing film technology to the next level with The Social Network and The Curious Case of Benjamin Button, Fincher’s oeuvre is peppered with varied projects ranging from the daring to the intensifying to the imaginative. This story, pulling two perspectives together to tell one disgusting tale of broken careers and disgraced reputations, is one wrought with thought-provoking ideas and sickening turns. This version recruits two underrated actors – Ben Affleck and Rosamund Pike – to take on the material’s polarising lead roles. Beyond this, Tyler Perry, Neil Patrick Harris, and Scoot McNairy have been added to this intriguing production. Let’s hope Fincher can deliver the same gut-punches he brought to his Girl with the Dragon Tattoo adaptation. 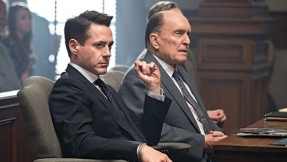 Every Oscar season, certain actors push themselves head-long into the ‘For Your Consideration…’ group . Aiming for their first/second/third Oscar/s, these A-listers bank on critical success, strong fan-bases, and empathetic Academy voters to get them over the line. This year, one Hollywood heavyweight is pulling himself away from blockbusters to tackle some rather tough material. Coming close to Oscar-bait territory, The Judge relishes in the casting of one Robert Downey, Jr. as the plucky yet conflicted lead. Known for superhero duties and playing Australian-black-asian divas, this megastar is pulling it all back for this intriguing ensemble legal-drama. From a marketing standpoint, this comes off as a heartfelt mix of August: Osage County and The Lincoln Lawyer. Playing a slimy defence lawyer, Downey, Jr.’s charming snappiness kicks off the trailer’s 2-minute journey into despair. Learning of his mother’s death, he must face his greatest enemy yet again – his father. Matched with cinema legend Robert Duvall, Downey, Jr. will need to throw everything he’s got into this performance. Ideally, his popularity might give him enough of a boost to conquer this tricky experiment. Rounded out by Vera Farmiga, Vincent D’Onofrio, and Billy Bob Thornton, director David Dobkin’s latest effort may give these brilliant actors the credit they so-rightly deserve. 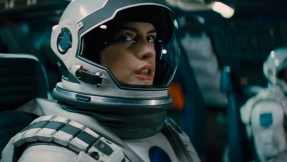 Above all else, critics and cinema-goers alike are looking forward to Christopher Nolan’s latest feature. His movies, ranging from visually sumptuous thrillers (Inception) to tension-inducing superhero flicks (the Dark Knight trilogy), add to the craft and purpose of cinema and all its wonderful benefits. Taking on his most intriguing of premises thus far, Nolan looks to be tackling the apocalypse with a high degree of gravitas and subtlety. So far, Nolan’s camp has given us very little to work with regarding his latest project. In the teaser trailer, he treated us to spine-tingling archival footage. Describing man’s role in space travel as a valuable part of Interstellar, Nolan and co. are giving us a whole new type of apocalyptic narrative. From there, we scoured through every poster and rumour for clues regarding the plot’s more invigorating aspects. Gracefully, the second trailer threw us into a tailspin whilst eclipsing everything that came before it. With Matthew McConaughey playing our enthusiastic lead character, the trailer further conveys his immense charisma and on-screen prowess. As a family man and struggling engineer, McConaughey’s character represents the middle-class man stuck in the depths of human extinction. Nolan, having delivered entertaining blockbusters with hefty emotional gut-punches before, is dabbling in appropriate material here. With McConaughey, Michael Caine, Jessica Chastain, and Anne Hathaway rounding out this ambitious effort, the final product might just become the decade’s greatest sci-fi flick. Hopefully. 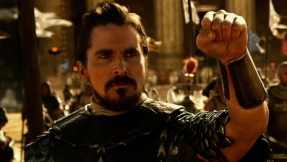 With Noah becoming a flop of epic proportions earlier this year, the Biblical tale may simply be becoming a thing of the past. Despite the religious and social heft, these efforts are seen as Hollywood’s latest attempts to cash-in on a long-lost genre. In addition, notorious director Ridley Scott has been driving down a rocky road of late. With Robin Hood, Prometheus and The Counselor receiving all-to-harsh critical backlashes, this once-hailed director needs another hit to cement his immense status. With his latest, Exodus: Gods & Kings, the man who gave us Gladiator and Kingdom of Heaven is, once again, venturing into a land of swords, sandals, and epic scopes. From the first few set-pictures alone, it’s clear that Scott’s lived-in style and significant attention to detail have been applied to this expansive production. The first trailer was released a short time ago, giving us an in-depth look at Scott’s larger-than-life creation. With The Ten Commandments looming over this production, the well-strung cast and crew have to prove this feature as being worthy of our love. Christian Bale takes the reigns here as Moses – a man willing to free his own people by God’s good graces. In addition, Joel Edgerton, Sigourney Weaver, and John Turturro have been added to the cast as valuable players in this bizarre experiment. With the weight of the world on its shoulders, Exodus will have to lift more than the Red Sea to survive a critical massacre.

Obviously, these are just some of the many potential hits and misses to be released within 2014’s remaining few months. In the remaining half of the year, we’ll be seeing several major blockbusters and Oscar favourites swinging for the fences. We’ll have to wait and see whether we get more sure-fire winners or limp misfires. These movies stuck out because of what they have to offer. Whether they deliver intriguing narratives or starry casts, these movies look to be the more promising of the bunch. Let’s hope they deliver.