It has been over half a century since the first Superhero movie was made and yet we still flock to cinemas on opening night to see our favourite comic book heroes being brought to life. With each remake comes an entirely new cinematic experience and we are still being surprised by the development of these age-old stories as well as by the visual spectacles that we have come to expect.

It is not often that we come across one movie, let alone a franchise of movies, that can have the same impact on an audience today as it did 50 years ago. Not only that. These franchises have now attracted a much wider audience than their predecessors. It is understandable that dedicated comic book fans would be excited at the prospect of a movie being made about their heroes, however, I find it a testament to the movie makers, as well as the actors and actresses, that people of all ages and cultures are still queuing in the millions (and in some cases billions) at cinemas all over the world to watch these stories being made reality. I think there are many reasons why these movies are becoming more and more popular; however I would like to draw your attention to my 4 ingredients to the ‘perfect’ comic book film recipe: 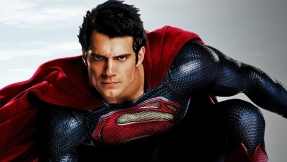 In order to believe in a Superhero he must look like a Superhero, right? Well, throughout the age of Superhero movies, our leading actors have taken this idea very, very seriously. While Michael Keaton and Val Kilmer’s physical attributes in films such as Batman and Batman Forever were indeed convincing, they are not quite like the physical specimens that we see on our screens today. Today’s leading men, with particular reference to Henry Cavill, who reprised the role of Superman in Man of Steel and Christian Bale, who took the coveted role of Batman in Christopher Nolan’s trilogy, are now expected to not only act the part but really look like supernatural heroes.

Their impressive physiques comply with the audiences expectations of what they had envisaged their heroes to look like; they should represent a hero that women love and men would love to be, and it is because of this that today’s leading men look larger than life. If we are to look back at actors like Val Kilmer and look now at actors like Henry Cavill, what is always constant is their facial beauty as well as their great physique. We can’t have a Superhero that looks anything less than perfect, can we? We expect to see a body that looks like it was carved by Gods and a face that was chiselled by angels and anything less is rather disappointing. While it may be superficial to have such high expectations of our leading men, it is undeniable that good looking heroes attract a bigger audience. After all, “with great power comes great responsibility”… to look good.

3. A dash of Romance 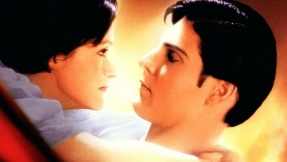 While a Superhero’s super abilities are indeed the main attraction, a Superhero movie would not be complete without a little romance. You could not have the Supermans and Spidermans without the Lois Lanes and Mary Janes and without these women the heroes would be incomplete. After all, “behind each great man, is a greater woman.” The addition of leading ladies allows for the audience to see another side to their invincible hero and, while Superheroes can possess all the powers in the world, wear the most impressive suits and drive the best cars, the audience can never connect completely to a character that does not possess the quality of emotion. The romance in the comics is often so important and, therefore, it is crucial to get it right when it comes to bringing it to the big screen.

With talented actors like Superman’s Christopher Reeve and Batman Begin’s Christian Bale, we are spoiled with possibilities of what they can do with these characters. If we are to look at Christopher Reeve and Margot Kidder for example, their romance was very sweet and pure which was satisfactory for audiences at the time it was aired. Nowadays, this kind of romance might not have the same desired affect and so it has been developed for a more modern audience. In doing so, many modern day writers present their leading couples with a more passionate relationship and this is successfully portrayed by talented actors and actresses.

The main example that immediately comes to mind when thinking about this kind of passionate romance is that shown in Tobey Maguire’s Spiderman whereby Spiderman and Mary Jane have the very famous ‘upside-down’ kiss. This famous kiss is so significant as it is the moment that the audience realises the characters’ powerful affection for one another. It is in instances like this that we are able to see the different dimensions to the superhero and it is for this reason, I think, that romance plays a huge role in their stories. 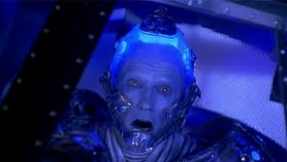 What makes a Superhero film complete? Supervillains! And for every Superhero there is certainly at least one arch nemesis. They are there to challenge the invincible hero and generally try to take over the world. Although the first Superhero movies have many great elements to them, creating scary villains is not one of them. The remakes of each movie, however, are, more often than not, very good in casting the right actors and giving them the right scripts to bring these villains to life. Of course advances in costume and special effects give the newer releases a big advantage in making these characters more terrifying, however much more goes into creating a good villain.

While Arnold Schwarzenegger made for a very convincing Terminator, he far from succeeded in making me hide behind my pillow in his portrayal of Mr Freeze in Batman and Robin. His static delivery of incredibly cheesy lines made for more of a comical comic book villain, much like Danny DeVito’s depiction of The Penguin in Batman Returns.

One comparison needs to be made between original and remake that shows the contrast in acting styles and this is between Jack Nicholson and Heath Ledger who both portrayed The Joker. Although I enjoy Jack Nicholson as an actor, his performance in Batman did not quite meet the same standards as The Dark Knight’s Heath Ledger. Nicholson performs the task of representing the joker as mentally unstable and ‘a joker’ very well however he does not capture the sadistic side to the character that makes him such an unrelenting villain. On the other hand, Heath Ledger depicts a great combination between comedy and horror with his clever interpretation of this same role. I think it is fair to say that many of us were scared of, if not definitely left uncomfortable by, his amazing performance and it is for this reason why the late Heath Ledger received the deserved honour of the Academy Award. He, like Thomas Hardy as Bane, most assuredly left their mark as some of the scariest villains in superhero movie history. 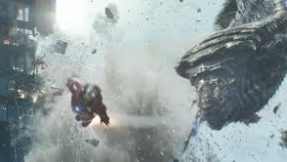 To answer the question, why do superhero movies keep being made? Well, special effects is why. When the very first movies were being made, the creators were doing things that had never been done before and the same can be said with each and every new remake. While we look back now on films such as Batman and Robin we are often bewildered as to why people were going to see movies with such bad special effects, however at the time, these effects were indeed impressive. In films like The Avengers Assemble and Iron Man we are treated to a feast of extraordinary effects that continue to blow the audience away.

Cities being blown up and paths to other realms become a reality rather than an imagination. It is because of the ever expanding possibilities of technology that these special effects exist and, so, makes the action element to the movies that much more enthralling. Our favourite stories are really being brought to life before our very eyes which is why they become so irresistible to us. As well as allowing for great action scenes, special effects can now allow for greater development of stories. They enable the writers to write stories that can include anything and everything they want and can transport the stories into new places thus creating the possibilities of endless adventures. There are no limits anymore.

It is now that I can conclude by saying that while there may be people that tire of watching Superheroes fighting Supervillains, I think that as long as there are good casts (both hero and villain), good writers (to bring romance to life) and advances in technology (to make fantasy a reality) there is no reason why Superhero movies shouldn’t keep smashing box office records.

My ‘icing’ on the Superhero cake is this: Superheroes have their immortal place on paper and with this recipe, the only thing that can be cooked up is an inevitability that their place in film will also be everlasting.

Posted on Jul 4, 2013 by
Catherine Sweeney
I'm Catherine and my all time love is reading with film coming in at a close second. My favourite films and books range from romance to action to fantasy.
Follow