In December of 1984, Akira Toriyama released the first installment of Dragon Ball. Decades later, The manga and subsequent anime franchise are as popular as ever. With the success of the most recent movie release from the franchise, Dragon Ball Z: Battle of Gods, fans of Akira Toriyama’s brain child have been left wanting more. The film has generated close to$30 million domestically in Japan and fans worldwide have been demanding an international release. There have been rumors that Toriyama as stated that there will be a new series, but nothing has been set in stone.

So what is there to be gained for Goku and the Z-fighters to make a triumphant return? I have five reasons Akira Toriyama should revive the franchise and create a new series.

The creation of Dragon Ball GT was an attempt by Toei Animation to keep the popular series alive and capitalize of the fans that still wanted more after the conclusion of DragonBall Z. GT picks up the story ten years after DBZ ended. The series was centered around Goku and his friends’ quest to undo the effects of the Black Star Dragon Balls, which turned him into a child due to a wish from Emperor Pilaf from the original Dragonball series. The Black Star Balls needed to be retrieved in order to the world from blowing up. Much of the series focuses on Goku’s travels across the universe to gather the Dragon Balls and his encounters with mostly new and menacing villains. While the series attempted to capture the general structure the two series before it, Dragon Ball GT failed miserably in the eyes of many fans.

Unlike its predecessors, Dragon Ball GT was not adapted from the manga by Akira Toriyama. Toriyama was involved in the beginning by creating the names and the main character designs, but was not closely associated with the full production of the show. According to many fans of the Dragon Ball Franchise, his lack of involvement showed. DBGT was largely criticized for straying away from some original plot points that were set by Toriyama’s manga. Things like Gohan being able to go Super Saiyan, the Black Star Dragon Balls and Vegeta’s hairstyle change hurt the series in terms of being a continuation if the Z series. GT was not nearly as successful and well received as Dragon Ball and Dragon Ball Z. It was met with mixed to negative reviews, with people finding fault in the characters’ personalities, the rushed story lines and apparent plot holes in comparison to the series before it. In fact, many fans look at this series as non-canon, rendering Super Saiyan 4, the Shadow Dragons, and Vegeta’s mustache irrelevant in their preferred version of the timeline. 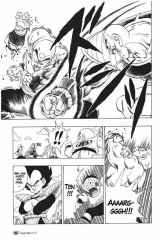 When Akira Toriyama created the Dragon Ball manga in 1984, he did it alone. At the time, the modern forms of manga and anime that exist today weren’t around, so there wasn’t a general blueprint to look after. Before Dragon Ball, there was very few manga that had achieved long-standing noteriety. The few that did included Kinnikuman (predecessor to the series that was popular in the U.S., Ultimate Muscle), Kochikame, and Toriyama’s own Dr .Slump. There weren’t many of the variety that Dragon Ball would come to occupy, so Toriyama did it all himself.  He drew every character in every frame, on every page, in every chapter. The entirety of the story lines for Dragon Ball and Dragon Ball Z was completely written and illustrated by one man.

Now, with Dragon Ball being a major franchise and with plenty of backers, this will not be the case in any future creations. In an interview with V-Jump Magazine, Toriyama himself said how much he enjoyed having help in the creative process when working on Dragon Ball Z: Battle of Gods. He enjoyed how he was able to create the story, yet leave certain things for his staff to add. He didn’t have to suffer the plight of most up-and-coming mangaka and comic artists do and draw every panel like the old days. If Mr. Toriyama were to create a new series, he’d likely have the same luxury. 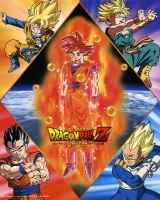 When the anime was originally being released, it was a different time in terms of visual capabilities. Anime, like manga, was a similarly untapped art form, in the sense that there wasn’t much to look to as a blueprint. There were a number of popular shows before it like Astro Boy, Speed Racer, and Space Battleship Yamato (adapted in the U.S. as Star Blazers). While popular, they failed to capture the imagination as anything more than a standard cartoon. Animation was not exactly in its infancy, but there were clear limitations during the franchise’s original run (the first episode of Dragon Ball aired in 1986, and the final episode of Dragon Ball GT aired in 1997).

Though the limitations were present, the series’ animation style progressed as the technology did. As Evidence the character designs for the characters and the intricate details of the battles were adjusted and improved continually through the Dragon Ball Z‘s near seven year run. During that time period, the three Dragon Ball series included many high-action fight scenes that could possibly be considered groundbreaking in any era. The new generation of anime, that includes popular series like Naruto, Bleach, and One Piece have shown the advancement of animation compared the style of decades past. With Toei Animation having the chance to test out the technological advancement on Dragon Ball with Battle of Gods and a few smaller events before it, the prospect of an entire new series without past limitations may prove tempting.

As stated before, the final episode of Dragon Ball GT, the third and final Dragon Ball series, aired in 1997. In the U.S., the last episode of the English dub of the series aired in 2005. The shows have been kept alive in the mainstream circuit due to the success of Dragon Ball Z Kai, a revised version of DBZ, and the syndication of all three series. There has also been newer original releases periodically, and it’s become very noticeable that the majority of the fanfare for new material comes from those who have watched them around the time of the original run of the series. For this reason, much of the fan base exists in the young adult demographic, as opposed to usual younger audience that most animated shows are geared towards.

Much of the show’s popularity can be attributed to its originality. During the era of its original release, there weren’t too many shows that were similar to Dragon Ball. The same can’t quite be said of today, where there are many series to which Dragon Ball serves as an inspiration to are very prevalent among the public. With a newer and larger sample of pesople who are fans of similar content, it would be very interesting where this series could rank in popularity among the Fairy Tail‘s and Naruto Shippuden’s of the world.

This one is a no-brainer. The fans are the biggest reason for Akira Toriyama to bring back the series that is has been cited as a starting point for much of today’s most popular anime and manga. The fan base for all things Dragon Ball can be described many things, but overall, they are extremely loyal. While there have been small offerings like Yo! Son Goku and His Friends Return!!  and Episode of Bardock, there hadn’t been anything substantial in the Dragon Ball Universe in years. The fans have survived long periods of inactivity, the stigma of watching a cartoon despite getting older, and the cinematic horror show that was Dragon Ball: Evolution. If you need evidence of the yearning for more, look up a thing called “Dragon Ball AF”. People lose their minds at the thought of a new series.

The payoff for years of patience came in the form of the highly anticipated movie released on March 10, 2013. Dragon Ball Z: Battle of Gods  has made around $30 million without branching outside of Japan. When it does, the revenue generated will most likely turn the film from a success to a huge success. People’s willingness to shed weight in their wallets is clear proof that supply and demand is still alive and well when it comes to this. Even the success of video games, most notably the Budokai series, speak to the undying popularity of the franchise. The anticipation for anything new relating to Dragon Ball creates fanfare world wide and that excitement will increase tenfold should Akira Toriyama make the decision to create a new series.

Nearly 30 years after it’s initial release, it seems like the popularity of Dragon Ball still has no signs of faltering. The Battle of Gods film not only brought the franchise back to the mainstream public’s eye, it sparked a revitalized campaign to convince the powers-that-be to completely revive the franchise into a new series. While there have been many rumors since the success of the recent film was disclosed, there’s been no official confirmation from Akira Toriyama on making more Dragon Ball. Until then, I’m sure the hands of every fan will stay up, lending their energy to the hope for more Dragon Ball.

Posted on Jun 15, 2013 by
Dominique Kollie
Freelance writer interested in Music, Sports, Anime, and many other artforms. College student interested in writing for a major publication by day, and writing comics by night
Follow