Alaska in Movies: 5 Films To Get You Interested in the State

There are many things people think of when they hear the word ‘Alaska’. ‘The Last Frontier is heaven and hell all in one. A mecca for all sorts of outdoor enthusiasts and adventurous souls, it’s one of the most dangerous and desolate places on earth. Despite the small population of ‘real’ Alaskans and the fact that obviously, skiing and that bear in the back yard distract from high-brow culture, it’s still a surprise that Alaska has produced very few high quality motion pictures so far. Granted, there is a decent amount of movies produced/ filmed/ set in Alaska, but to be frank: most of them range somewhere between trash and mediocrity.

Every now and then, a film team will set out for the great wilderness of one of Alaska’s bigger towns – they have about three to choose from – and put all their hopes and efforts into a new project. Like the biggest chunk of films produced in the Dream Factory in L.A., most of these movies don’t work out. Most recently, Drew Barrymore’s tear-jerker Big Miracle and the well-cast The Frozen Ground, a gritty portrait of an Alaskan serial killer, flopped devastatingly. Both were filmed on location in Anchorage and based on true stories, but it seems that this kind of authenticity is not necessarily what people want from movies, or at least it’s not enough.

The question is, how does the average movie buff, who is interested in finding out more about Alaska, choose which films to watch? When it comes to the 49th state, there is a giant river of films to choose from, but like in the days of the real gold rush, it’s hard to make out the things that’ll make you rich from the muddy pile of stones. This list is an attempt at gathering the most inspiring, original cinematic gems connected with Alaska. 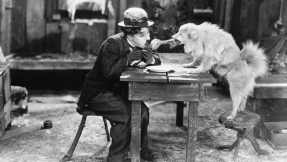 Ranking among Charles Chaplin’s most popular feature films, The Gold Rush is, like many of Chaplin’s work, a light-hearted take on a serious topic. Going back to the early years in American Alaskan history, a short time after the vast amount of land was purchased from the Russians, the film explores the harsh lives of the Americans that set out to dig for Alaskan gold. The film bears similarities to The Immigrant or Modern Times, in that it focusses on a ground-breaking time period of American history.

Much like the European immigrants and the first factory workers in the mentioned two films, the men that went to Alaska during the gold rush were mostly desperate. In The Gold Rush, Chaplin’s character, going by the subtle name of ‘The Lone Prospector’, is a representation, an incarnation, of these men. Many of whom didn’t make it far and either went back to their normal lives or died trying to get rich.

The Gold Rush is not a bleak film despite the heavy themes – Chaplin would wait many years before allowing darker aspects to slip into his work. As expected from a silent comedy, there are a lot of physical jokes involving well-choreographed acrobatics, many of which are so universally amusing that they evoke a chuckle even in today’s situational comedy accustomed audience. Surprisingly often, there is an element of genuine amazement to the film, when one starts to consider the danger and cost of some of the stunts. The fact that parts The Gold Rush were actually filmed on location in real – if not Alaskan – snow, only adds to this feeling. 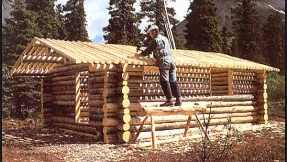 One of the names travelers will hear often when visiting Alaska is that of Dick Proenneke. The Handyman with a capital H left his home after retiring, built a cabin in the Alaskan wilderness and continued to live there for 35 years. What makes his adventure stand out from others is that he filmed himself for much of the time he spent setting up his home in the wilderness and living there. The resulting material was published in 2004 under the title Alone in the Wilderness, so audiences all over the world could experience one of the most talented craftsmen the world has seen work his magic.

The premise of Alone in the Wilderness is so simple it almost hurts: you watch the most basic events of human life unfold; a cabin is built, food is provided, food stores are built. Due to obvious logistic reasons, the film material is mostly still frames or slow pans. However, Dick Proennecke, aside from his superhuman powers to build, also had an eye for pictures and art, as becomes obvious when considering the beauty of the simple shots, the exquisite choice of colours and composition. Narrated by the soothing voice of one Bob Swerer Jr., the 57 min. short documentary flies by like an Alaskan summer. Seldom has human nesting instinct been captured more accurately, especially since the film lacks the display of other instincts such as family and sex. Alone in the Wilderness is a peak through the keyhole into a life that few people dream of and even fewer choose to live. 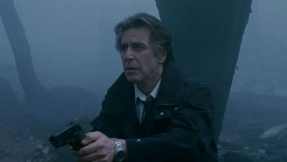 Somewhat tragically re-gaining recognition due to the recent loss of actor Robin Williams, Insomnia is one of Christopher Nolan’s earlier and less hyped movies. The crime thriller is a well-written and mysterious depiction of the gray-scaled human nature and leaves little to no room for heroism. Starting out as your everyday serial killer story involving a troubled police investigator, the story morphs into a highly psychological maze surrounded by brilliant dialogues between suspect Robin Williams and detective Al Pacino.

An exceptionally glamorous entry in the hall of fame of Alaskan cinema, Insomnia surely dwells on the dark sides of the state and its inhabitants. Set in summer, when the sun never sets in many Alaskan towns, the film certainly strives to fulfill the audience’s longing for exoticism and otherness. Sunny yet lonely nights without sleep are followed up by dangerous chases on foggy beaches or trunk factories, artfully framed in high quality. Without doubt, Insomnia is an outsider’s view and experience of the odd Alaskan summer. However, its tight pacing and hypnotizing quality make it one of the most original examples of film making in and about Alaska that is sure to keep you on the edge of your sledge. 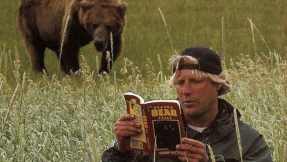 Like Alone in the Wilderness, Grizzly Man is a documentary filmed by a maverick and put together by a filmmaker. This is pretty much where the similarities end though. Where the former film is a quiet documentation of the beautiful every day life of a lonesome handyman, Grizzly Man is an attempt at deciphering a much more complex and troubled psyche – that of Timothy Treadwell. Self-proclaimed “gentle warrior” and saviour of the bears (from non-existent poachers), Treadwell spent 13 summers in Alaskan state parks, “looking over” the bears. The last summer, he and his girlfriend Amy Huguenard were attacked and killed by a grizzly.

The documentary, assembled and partly filmed by the former wild child of the German film industry that’s Werner Herzog, is an interesting puzzle of confusing points-of-view. Only in the last third do the crooked paths of the statements from a mixture of friends, experts and so on form a kind of direction.

One of the most stunning documentaries about Alaska, Grizzly Man is less about the state itself than it is about a ruptured person and his quest for sanity and happiness. The gorgeous shots of stingingly green plants, heavenly glittering lakes and the delicious orange hues of the Alaskan fall are always “just” a background for the psychological battle that the camera is focussing on. There is a duality to all things depicted; what the audience sees – what Timothy Treadwell saw. A fox – a fugitive. A bear – a friend. Alaska – heaven and hell. 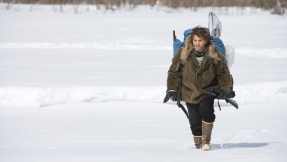 Based on the non-fiction book by John Krakauer, Sean Penn’s Into the Wild has become a highly acclaimed and, for many, the film about traveling. It is the ultimate dropout story of the ultimate backpacker – Christopher McCandless, who literally left “everything” behind after graduating from university and traveled through most of the USA on his quest to reach Alaska. Scored by the raw, nasal voice of Eddie Vedder and filmed all over the country, the film provokes the audience to question everything from The System to society to interpersonal relationships. It’s a vessel for people enter and perhaps look at their lives and goals from another perspective afterwards. What happens in Into the Wild doesn’t ever just stay in Into the Wild.

The film has a strong lead in Emile Hirsch, although his performance has not seemed to gain him many big roles afterwards. Likewise, actors like Vince Vaughn and Zack Galifianakis step out of their comedic comfort zone and dominate the screen as interesting and well-written side characters. It should be noted that Into the Wild is also known as the film even Kristen Stewart haters enjoyed. Although only a little part of the film is actually set in Alaska, the idea of the Last Frontier shines through the scenes. It’s the promised land waiting after a long and tiring journey – a dangerous thing, better than paradise. It’s the place where Christopher hopes to find a sense in life and humanity.

While the dream of leaving everything may burn less vigorously in most of us than it did in Christopher McCandless, stepping outside the boundaries of the norm and society is a common wish for many people and Into the Wild lets them embrace this wish. It’s as if Alaska is one of the few places where it’s still possible to live this dream, to be wild and free for once. And when Christopher roams the Alaskan snow in original XtraTufs, he is truly living that dream – and so is the audience.