What is the best literary work that you ever read? One of the earliest and most important texts in Old English is Beowulf. What made it as famous then as it is today and how it impacts the readers are important questions that need to be addressed. Beowulf has a dramatic writing style that manipulates the reader’s emotions. It’s the story of a great battle and a true hero. The protagonist; the titular Beowulf, comes to the aid of Hrothgar, King of the Danes, whose great hall, Heorot, is plagued by the monster Grendel. Beowulf is the greatest thane in history and as strong as 30 men. He is a noble Anglo-Saxon hero, and prince of the Geats. Since lineage passed from the father’s side, Beowulf is technically a Waegmunding, though he can claim descent from Hrethel. Beowulf becomes king upon his first cousin’s death, and he rules Geatland for 50 years. Finally Beowulf dies during the battle with the dragon. In his youth, he personifies all of the best values of the heroic culture. In his old age, he proves to be a wise and effective ruler. Beowulf leaves no heirs, so his kinsman Wiglaf becomes the next king.

Many years ago, I began writing for an online encyclopedia but, at first, my writings failed to get published. The first signs of improvement appeared slowly. There were many amazing articles about politics. After writing a few paragraphs in different articles in that encyclopedia, I found out there are some general rules that every writer must follow.

One of them is to write as simple as possible and with clarity. 1 Always use simple words, short sentences, and try to improve and clear the meaning of vague expressions. Avoid using complex sentences. Always use simple sentences consisting of one clause and try to write in an active voice. Check the grammatical structure. And have a good punctuation. The most successful articles are written using general, popular, simple, but highly professional words and clichés. Beowulf in form of a simple story with an outstanding narrative teaches a way of life.

Let’s review the first 3 terms which the Beowulf begins with:

So. The Spear-Danes in days gone by

and the kings who ruled them had courage and greatness.

We have heard of those princes’ heroic campaigns. 2

Review the writing structure. It’s written in simple terms. The texts give a notion to the kings of Danes, and princes’ heroic campaigns. Therefore it starts memorably, and it raises the emotion of people who like classic and heroic tales. It is a fiction story, based on the real events of that era and the kings of Danes. It’s written by a poetic style. This writing style helps the reader to follow the narrative easily and passionately. Beowulf is a great example of a successful work, and it’s a noble work from the old-world era, and we would learn a lot by reviewing its writing style.

Another example of simplicity in writing in Beowulf (including simple terms and application of active voice):

It was the end of their voyage and the Geats vaulted
over the side, out on to the sand,
and moored their ship. There was a clash of mail
and a thresh of gear. They thanked God
for that easy crossing on a calm sea.

There are three more general rules to follow to write a high impact manuscript that would be described through the remainder of this article below.

Avoiding biased language is the second general rule. When one writes biased information, the article loses its scientific credibility. The author’s point of view shall not affect what the author writes. 3 Also some authors assume that every individual is male. When the author doesn’t write free of the gender, race, age, ethnicity, disability, or sexual orientation the author’s writing would get considered as another form of biased writings too.

The other general rule is making reliable citations. 4 Without reliable citations and references, not only would your article lose much of its credibility, but it is also impossible that an article with weak citations would be published by a good publication. When one is looking for some resources to cite them in an article, the one shall consider the credibility of its publisher and the scientific experiences of its author.

And finally the fourth general rule is sharing compelling and valuable information. Without a piece of different information there would be no difference between your works with the others. For example there would be 100,000 of books available in a genre about a subject that a person have decided to write about. And this person knows nothing more than the other writers who have written about that subject, or even this person knows less. Few people would read what this person have written, and even this person would have serious complaints to find a publisher to share that work with someone.

However drafting an impactful writing relies on a great understanding of different people’s psychology and their habits. Higher understanding of people contemplative system, imaginations, and how to impress or persuade people would increase chance of getting succeeded in writings. Your writing is not what you think it is, it would be what the other people think about. It is not what you may imagine in your mind, it is what the other people would imagine. Also your own writing habits could be inappropriate for a proposal. An author must establish a high impact and affectionate writing style first, and then improve it. You can review a high impact published article first. It would help you build your writing habits. There are four main types of writing. It’s including expository, descriptive, persuasive, and narrative writing. Scientific writings are almost informative. They are either expository or descriptive. Fiction writings usually are narrative. And when people write to have someone’s agreement they would write it in a persuasive format. 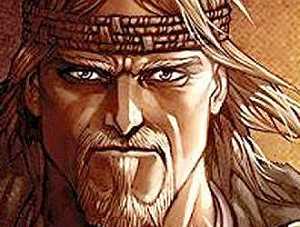 In conclusion, proposing an impactful and affectionate writing relies on raising the audience’s passion and attention with respect to several rules. There are four important rules to follow for creating a proposal. Simple writing helps the reader to follow the scripture easily, understand them well, and it shall create a vivid image of the subject into the reader’s imagination. Avoiding biased language makes the writing more credible. Reliable citations would support the author’s statements. And when there are lots of similar works available about a topic, then sharing compelling and valuable information would make your writing different, and help it stands out of the other works. However the author’s writing and descriptions would shape in the readers mind, and it’s the author’s responsibility to artistically imply those concepts to the audience. Don’t forget that an impactful and affectionate story (including personal stories, fiction, and non-fiction) usually begins while written in a simple style and ends memorably. However writing for a higher impact is a difficult task. And it requires advanced writing skills. It’s an important thing that I could learn over time.

The Art of Trolling: A Philosophical History of Rhetoric
The Importance of Travelling to Creative Writing
Narrative Distance in Life Writing
Exploring the Nom de Plume
Writing in Isolation during a global pandemic
The Sword of Shannara: Inspiration or Plagiarism
Journalism and the Politics of Character Assassination.