Television networks have long been adapting foreign TV shows and claiming them as their own. Reality programs in particular have proved to be easily transferrable across cultures, primarily due to their large target audiences and generic themes. The number of idols and xfactors existing across the globe is ridiculous, producing a significant trend in the global television industry.

America’s reality television industry is almost entirely driven by adaptations of foreign programs. Some of the most recognised and celebrated of these being American Idol (United Kingdom), The Mole (Belguim), Survivor (Sweden) and Deal or no Deal (Netherlands).

Despite reality television highly benefitting from these initiatives, American adaptations of narrative programming has not been seen as such a solid move…

Over the years, we have seen both brilliance and terror come from US remakes of foreign programs. The results of these new US versions have ended in cancellation, or the production of season after season. Here’s a look at the ups and downs of US adaptations of foreign TV shows…

One of the more recent adaptations to be produced by the American television industry is Netflix’ political drama House of Cards. Starring the brilliant Kevin Spacey, this TV series has hit global screens with a huge impact, already winning itself a number of awards in the 2013 Emmys.

Adapted from the 1990 British miniseries of the same name, Netflix’ new program encaptures viewers with the dark story of a man’s political deviances. House of Cards complements its predecessor through its unconventional format (long episodes with gradual character arcs) which is not unlike that of a miniseries. This format has allowed Netflix to be able to release the entire season at once, rather than the traditionally gradual season releases. Through these unconventional aspects, House of Cards has initiated a revolutionary way of content formatting and distribution methods.

As the formatting remains relatively similar, the key divergence between the original miniseries and the US adaptation lies in the setting of the political events. The original program was set after Margaret Thatcher’s period as the Prime Minister of the United States, and follows Francis Urquart’s manipulative schemes to become the next Prime Minister. On the other hand, the US House of Cards is set in the present day in a situation where Frank Underwood has been denied his rightful position as US Secretary of State. This betrayal sets him on a spiral of revenge in which he includes an amateur, yet determined, young reporter.

The success of each of these programs in their respective ways allows House of Cards to be clearly deemed a success for the American television industry. Through adapting the themes of the original program to relate to the current American public, Netflix has been able to penetrate a widespread and dedicated audience. These aspects have allowed the program to both complement its predecessor while still manage to stand out in its own unique way.

Kath and Kim US is the tragic sit-com NBC inflicted on the American public on October 9, 2008. This program, adapted from the Australian show of the same name, aired for 17 episodes before its misfortune was (thankfully) brought to an end.

The concept of this program involves an insight into a dysfunctional relationship between mother and daughter. Set in Suburban Australia, this original program hit jackpot with its ability to portray embarrassing situations which hit a little too close to home for viewers. The reception of the program was outstanding, winning it the title of most viewed Australian program from 2007-2009.

The American version, on the other hand, failed to live up to its high expectations. Throughout the brief airing of Kath and Kim US, the program was highly criticised for it’s inclusion of offensive tones and themes. Unlike the original, the show failed to use effective humour to lighten offensive themes, pushing away audiences and eventually leading to the shows cancellation.

Kath and Kim US was deemed a failure due to the poor transferring of themes and humour across cultures. NBC clearly fell short with this adaptation….

Based on the Israeli program Prisoners of War, this US adaptation is today one of the more successful shows on television. Currently in the midst of it’s third season, Homeland is a highly celebrated program, racking in an array of awards including “Best Television Series- Drama” in the 69th Golden Globe Awards.

The original program, like the adaptation, was also received incredibly well within its country. Prisoners of War, having first aired in 2010, ran for two seasons before the rights to the programming was sold to 20th Century Fox.

Due to the nature of the themes touched upon within Prisoners of War, the show was deemed controversial and raised a lot of dispute amongst families of war prisoners. These matters were quickly resolved, however, and had minimal effect on the programs reception. Keeping this in mind, Homeland aims to provide an unsettling portrayal of imprisoned soldiers without offending the Israeli culture or anyone involved in the true events.

The sensitive transferring of themes between two vastly different cultures has provided a unique and exciting thriller which has proved popular on a global scale. Homeland provides evidence of an effective adaptation of a foreign program, emphasising the importance of sensitivity in doing so.

Skins UK can still hold the title as one of the greatest coming-of-age TV shows of our time. Luring teenagers in with tales of rebellion, drugs, sex and bad parenting, Skins was able to reach out and addict a global audience. Unfortunately, along with thousands of pubescent teenagers, this program also captured the attention of MTV…

Airing in 2011, MTV’s Skins US featured an all-too-familiar script set in Baltimore, America. After the first season, MTV announced, “Skin is a global phenomenon that, unfortunately, didn’t connect with a US audience as much as we had hoped.” And they couldn’t haven been more right.

Sexuality played a large role in the success of Skins UK, and unfortunately the American audience base was not as open to these themes as originally suspected. Much controversy surrounded the release of the adaptation, leading to the withdrawal of the majority of the programs advertisers and supporters. Child pornography was a large concern surrounding the show, as a significant number of the cast involved in the program’s sexual scenes were underage.

The intensity of the themes and lack of thorough script adaptation can be seen as the primary contributors to the failure that was Skins US. Meanwhile, the original program continues to produce seasons that only continue to draw in teen viewers from all over the world. 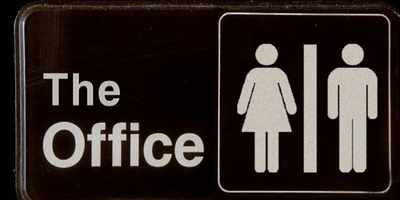 A mockumentary on the inner workings of an advertising firm, The Office US has recently finished up its 9th and final season of a highly successful and humorous program. In the past, American adaptations of British comedies have almost all led to a dismal end. However… Amongst a series of failed attempts (The IT Crowd US, Faulty Towers US), The Office US has finally hit a sweet spot, producing a global audience of adoring fans.

Based on the UK program of the same title, The Office US is arguably on equal turf with the original series. Adapting the humour to suit an American audience, the program has allowed for the popular BBC series to transcend cultures and attitudes in order to create a successful program.

Both series, additionally, feature a lineup of well-known comedians, which not only adds to the humour of each skit, but gives the shows a high prestige and reputation about them. These aspects add to the success of the shows and allow The Office US to be one of the most successful American adaptations as of yet.

As the result of America’s determination to remake foreign television programs, we have been subject to a wide range of unique and different television programs. The success of these programs can be seen in direct correlation to how effectively the creators have adapted themes from different cultures to suit the American public. Comedies have proved particularly difficult to successfully adapt for the likes of American humour.

America has seen it’s fair share of cancellations within this trend, however the huge success of programs like The Office, Homeland and House of Cards have proved that the America adaptation of foreign television programs is a worthwhile pursuit after all.

Posted on Nov 22, 2013 by
Nicola Kahler
I study the entertainment industries, drawn mainly to film and TV. I love psychological thrillers and unsettling themes. That being said... give me a good chick flick any day
Follow