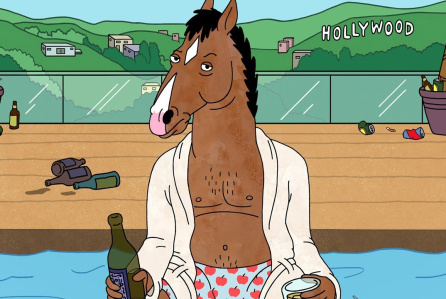 It’s no secret that humor is almost always based on some form of misery. Slapstick is based on physical pain, insult based comedy is driven by personal offense, and even the humble knock-knock joke makes a foil out of the respondent. However, despite this close relationship between comedy and misery many comedic outlets, especially television, fail to strike a balance between the two. This is especially apparent when comedies deal with particularly a heavy theme such as death, drug addiction, the decay of relationships, and depression. The main issue seems to be that one-off jokes on dark subjects are relatively easy to handle whereas a thematic analysis of dark issues in a comedy setting is much more difficult. Often, TV-comedies dealing with a heavy theme fail to incorporate these kinds of topics without them feeling out of place. This frequently involves not giving the subject the analysis it deserves, sacrificing the comedic elements of the show, or any number of issues that can arise from failing to strike an appropriate balance.

This is where the show Bojack Horseman truly excels. Bojack Horseman is a continuous narrative comedy produced by Netflix. It follows its titular character, a washed-up 90s sitcom actor, as he attempts to revitalize his career and achieve happiness. The show, like many other comedies, draws humor from several miserable sources such as substance abuse, celebrity culture, and death. However, unlike most comedies, Bojack Horseman has a strong central theme of sadness. While not necessarily about depression in the clinical sense, the show frequently outlines the crushing sadness and self-loathing of three of its five principle characters. This includes discussions over toxic personalities, self-deceit, and a central theme of failing to find fulfillment. Part of the brilliance of the show is that it can incorporate these dark themes in depth without disrupting the comedic elements. The show achieves this in three different ways.

The Balance of Characters

The most prominent strategy the show uses to address dark themes is through balancing cynical characters with positive ones. As noted previously, three of the show’s five principle characters, Bojack (Will Arnett), Diane Nguyen (Alison Brie), and Princess Caroline (Amy Sedaris), are cynics who struggle with issues related to the central theme of sadness. Conversely, the two other principle characters, Todd Chavez (Aaron Paul) and Mr. Peanutbutter (Paul F. Tompkins), are overwhelmingly positive characters with extremely optimistic world views. This relatively even split between optimistic and pessimistic characters gives the show’s writers the ability to easily shift focus to and from dark characters and storylines, often going from addressing the show’s central theme of sadness, to lighter or more optimistic material. The last two episodes of the second season are a good illustration of this strategy in practice. The second last episode is a Bojack-heavy episode, which, (spoiler) amongst many heavy themes of teenage drinking, near-statutory rape, and infidelity, outlines his inability to escape himself and his past as he attempts to start a new life and find fulfillment in New Mexico. All told, it is a very dark episode that, on its own, could be considered a dark comedy or flat out drama. However, the next episode, which focuses on Todd, counterpoints this tone with a more upbeat, yet still biting, criticism over improv comedy and Scientology whilst also providing more positive conclusions for other principle characters. This ability to shift focus to either positive or cynical characters and their storylines allows the writers the ability to regulate tone throughout episodes, seasons, and the whole series. 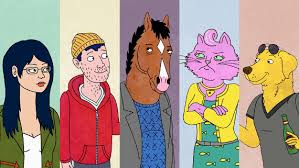 Another approach taken, and used to perfection by the creators of Bojack, is the proper use of pacing. Proper pacing is an aspect of media that is key for comedies dealing with dark themes. One of the more ubiquitous examples of poor pacing in these situations is the “very-special-episode” sitcom trope. The “very-special-episode” usually follows regular sitcom format and pacing until a jarring tone change involving some accessible hot-button issue like drugs, alcohol, or bullying. While this problem is most obvious in the “very-special-episode” context, the core issue of jarring pacing shifts is still present in many otherwise critically and audience acclaimed series. The inverse of this issue is almost as problematic, as spending too much time in a slow or serious tone can disrupt many opportunities for comedy. Bojack Horseman is able to regularly navigate between these two problems.

The show has a great sense of when and how to slow down the pacing of a scene or an episode. For instance, the aforementioned second last episode of season two is a heavy episode with an appropriately heavy climax (spoiler) of Bojack attempting to sleep with his friend’s daughter. To get to this climax, the episode goes from regular pacing, to regular pacing with dark humor, then slowing pacing, into a drama sequence that ends with the climax of the episode. This incremental slowing of pacing prepares the audience for darker sequences and in doing so gives them more weight and entertainment value. The show is also usually able to navigate out of these heavy sequences with tact. Frequently, the show will use the end of the episode, the beginning of the opening credits, a new plotline, satisfactory conclusions, or appropriate joke-stabs to gear back into regular comedy pacing. There are a few times when Bojack resorts to off-beat tension-breaking one-liners but they are few and far between. 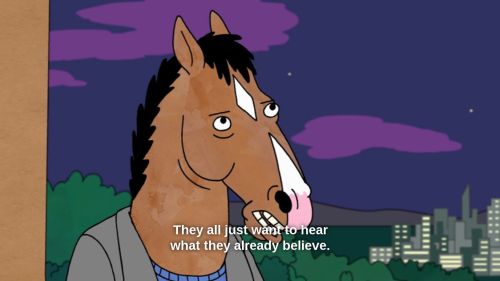 The final asset used by Bojack to deal with heavy themes in a comedy is its realistic, funny, and well done dialogue. Between the skill of the writers, directors, editors and actors, the series is able to present witty yet grounded dialogue that is always in keeping with the characters. This is not only important to the overall quality of the show, but also its ability to deal with dark themes. Many comedies that do not handle dark themes well usually face their most obvious problems in their dialogue. In many instances, the more serious parts of a given episode will have dialogue that is wooden, completely devoid of humor, and/or inconsistent with the characters involved. Several examples of this can be seen in the otherwise high-quality comedy How I Met Your Mother. For instance, the character of Barney Stinson (Neil Patrick Harris) is, for all intents and purposes, comic relief within a comedy, yet when the character is placed in a serious situation, the dialogue is almost always uncharacteristically serious, and as a result makes the character seem more like a vessel for the writers than a realistic person.

Bojack, conversely, has an excellent grasp on how different people and characters react to uncomfortable situations, namely that many cope with humor, optimism, passivity, or many other ways other than complete immersion in the seriousness of the situation. For instance, Todd, a goofy slacker character, deals with (spoiler) Bojack sabotaging one of his projects by quickly and passively brushing it off in a way that makes sense for a goofy slacker rather than a drawn out scene that discusses the sabotage in overly dramatic, unrealistic ways. This is also prominent in many of the serious Bojack scenes wherein the character uses humor as a response mechanism to uncomfortable events. These moments infuse comedy into discussions of the show’s dark themes in a way that helps maintain the balance between drama and comedy while also feeling natural to the characters involved.

By analyzing these various strategies, it is clear that Bojack Horseman serves as a shining example of how TV comedies can address dark themes. The show addresses these kinds of themes with intriguing depth while tactfully maintaining a good level of comedy throughout. As such, it is a must-watch for anyone looking for a heavier, well thought out comedy. Seasons 1 and 2 are available on Netflix, with season 3 set to be released summer 2016.

Should Children’s Films be Dark or Light?
The “Actual” meaning of Encanto
The Appeal of the female characters in Arcane: League of Legends
The nature of Self in Centaurworld
Steven Universe and Fascism
Disney’s Live Action Remakes: Who are they for?
Children’s Animation and “Bad Behavior”