The Cinema of Abbas Kiarostami: The Legacy Lives On 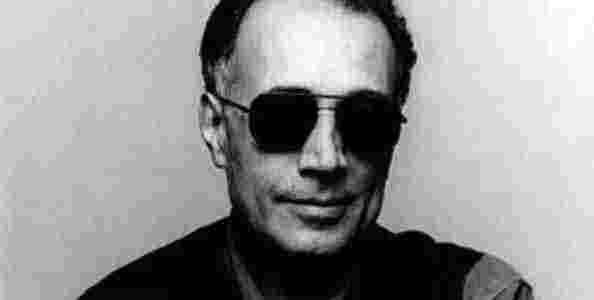 Abbas Kiarostami’s death was a shock to the cinema world. He was more than just a filmmaker – he was an artist. His work revolutionized our notion of Iranian Cinema because he focused on authenticity and not popularity. His global success allowed Iran to be seen for its culture and not its politics. In addition, his films were widely known globally across the world and he gained recognition in the festival circuit. His films were not about plot twists nor did it follow any formal structure. Kiarostami just captured the essence of Iranian culture by giving the audience real people to play in his films who have endured struggle, disaster and pain.

His use of the car in almost all his films gave his audience an understanding of the private lives of Iranian people. The car was used as an expression for stories of marriage, depression and personal struggles to unfold. His film, Ten (2002) took place in the city of Tehran, but the audience never gets a chance to city space. Instead, the audience is restricted to the inside of the car in order to focus on the stories of women who are dealing with personal struggles influenced by the state. The car was representation of a home where expression is freely expressed. The space of the car forced the viewer to hear these stories and understand the depths of these stories for its significance.

Kiarostami gave his viewers freedom to become a filmmaker. His simple storylines, his constant use of landscape shots, the peaceful sounds of his music throughout his film gave the audience the freedom to become their own filmmaker by giving them the opportunity to create their own narrative through his films. His simplicity gave viewers the freedom to create the complexity by trying to find their own purpose in relation to his films. He allowed his films to be produced by his audience in order to show that cinema is not about the authority of the filmmaker but rather, the relationship between the filmmaker and its audience. In addition, his simplicity made room for the viewers to express their own questions and their own thoughts. His cinema wasn’t for his own personal growth or understanding of himself instead, it was for his viewers understanding of themselves.

Kiarostami’s cinema revolted against mainstream Hollywood by allowing the audience to make their own conclusions. He never gave his viewers a direct ending to his films because the authenticity of cinema wouldn’t exist. In other words, cinema isn’t about giving the viewer what they want but allowing them to think, reflect and question the purpose of the film. For example, Shirin (2008) was about women going to the movie theater to watch a film. But the only thing the viewer knows about the film that they are watching is the dialogue and the women’s expressions throughout the film. He forces us to watch these women unfold their emotions, which are a direct representation of how it is to fall into the world of cinema. Shirin is about the authority of the viewer, rather than the authority of the filmmaker and Kiarostami ensures that the audience acknowledges it.

Kiarostami will be missed. His passion for the art of cinema was reflected throughout his films which will be inspiration to many aspiring filmmakers. His lack of focusing on conventional techniques such as: use of scripts or famous actors or studio productions gave his cinema more originality. Kiarostami blurred our notions of reality and fiction in order to signify that there is really no true distinction between the two within cinema. His blend of reality and fiction gave the audience an illustration of life by showing that what is real versus what is just an illusion can never be fully defined. He would surprise his viewers with real footage of himself making the film the viewer just finished watching in order to constantly remind the viewer that this is a film, but also a representation of reality. No one still has the real answer behind why Kiarostami would always blur reality and fiction and now, no one will ever know. However, it isn’t about finding the answer to that question because if Kiarostami gave his viewers that answer then, his cinema wouldn’t have its authenticity.  His style will never be fully understood, but that is the beauty of cinema because the style belongs to the filmmaker and the narrative and the moving images belong to the viewer.

Abbas Kiarostami will never make a film again and that is okay because his films will always be relevant. Aspiring filmmakers should gain inspiration from his films because his cinema breaks free from the truth. He allows the unity of cinema aesthetics to capture the beauty of what cannot be explained. If a filmmaker constantly focuses on the truth it doesn’t allow for personal growth because there is nothing left to be said about it. But if you capture the simplicity of the unknown, then there is more to be said. This is what Kiarostami established throughout his cinema which enables his stylistic techniques to always be questioned because no one will ever know why. He allowed his creativity to take control, which in turn produced unique cinematography that can never be duplicated. His death will always be a shock to many because the world wasn’t ready to let go of an artist just yet. In the end, Kiarostami will never be forgotten and will live on screen forever. 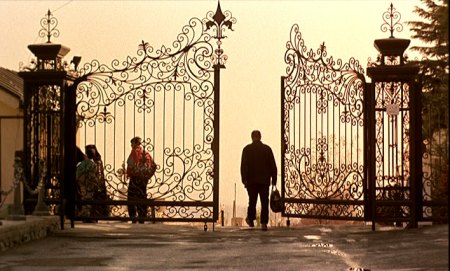 Scene from Through The Olive Trees (1994) 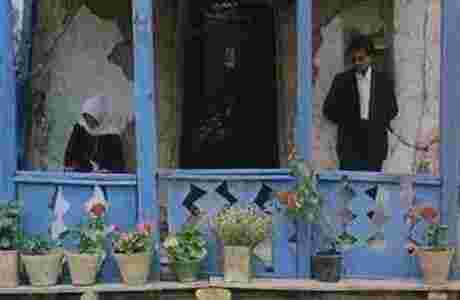