Comics Code Authority: How censorship has affected the history of American comics

The Comics Code Authority (CCA) once ruled the comic book industry so that creators were restricted to follow certain guidelines when it came to writing their work. However, in 2011, the CCA officially went defunct considering comic book publishers were no longer adhering to the guidelines of an outdated comics code. Publishers were given the freedom to create content they desired to make.

Despite it no longer being around, the CCA played an influential role in the early days of the American comic book industry. It is time to go through the history of the CCA in order to see how influential it was during its reign. 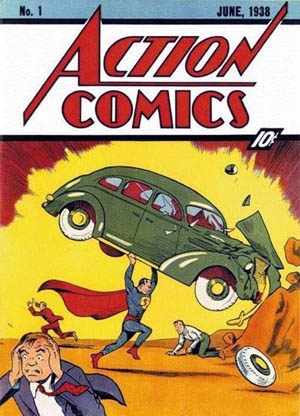 During the time of the Great Depression, when the American comic book industry was in its infancy, comic books were gaining notoriety from various parties who felt they were a threat to the youth. Educators objected to the publication of comic books claiming that they negatively impacted students’ education, primarily their reading and literacy skills.

The fear at the time was that children were being exposed to content they should not have been investing time in; parents were scared their children were reading inappropriate material.

Other civic and church parties joined the protest, claiming that comic books were “immoral” due to the content they gave readers, such as nudity and acts of violence. The situation for comics book became wores when mental health experts began to participate in the discussion wanting to see comics banned permanently from distribution. One of these mental health experts was Dr. Fredric Wertham, who advocated for the complete annihilation of comics and the author of Seduction of the Innocent.

Wertham’s argument against comics was that they exposed children to violence and would cause them to desensitize violence itself. His arguments were based on evidence in what was being published in comics themselves. Seduction of the Innocent was thus written to discredit the comic book industry as a whole.

Seduction of the Innocent 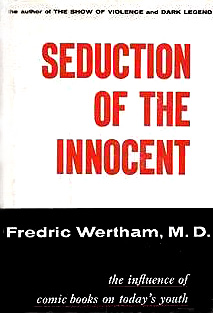 Seduction of the Innocent was Wertham’s ultimate attack on the American comic book industry. The book came out in 1954 and detailed how “bad” comics were and how they were detrimentally impacting the youth of that era.

Wertham’s argument against the comic book industry was built on his work in social psychiatry and his perception of how comic books were bad for children. He wanted there to be comic book legislation in order for comic book publishers to be restricted in the work they create; Wertham wanted comic book publishers to follow rules that would inhibit their ability to create “inappropriate” content. He would often present his findings at various events such as legislative hearings in order to make his case.

Eventually, the U.S. Senate Subcommittee on Juvenile Delinquency began an investigation, with hearings being held in April and June of that year where numerous witnesses testified to determine what the intentions of comics were. The investigation called forth many individuals who were working in the comic book industry in order for the court to hear their side of the story in the war between comics and the public. But while Wertham was conducting and showing the public his research, the CCA was forming, an entity consisting of the most prominent figures in the comic book industry to manage what was being published in comic books. 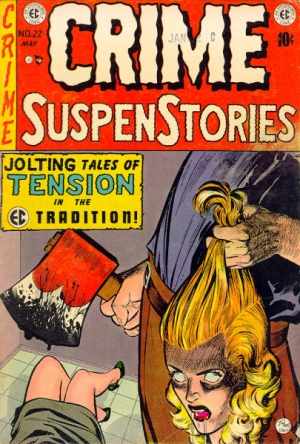 During the subcommittee’s investigation into comics, several parties in the comic book industry testified to give better insight into their works. One of the people who testified was William Gaines, the publisher of EC Comics.

When Senator Estes Kefauver prompted Gaines during the testimony to offer an opinion on a comic book cover created by artist Johnny Craig featuring a severed head and bloody ax from the Crime SuspenStories series, Gaines said that cover was in “good taste.” Due to Gaines’ testimony, EC Comics shut down.

Because of EC Comics’ unfortunate demise, publishers banded together to form an entity that would help to oversee the comic books being published and called it the Comics Magazine Association of America (CMAA). The association created a regulatory code that highlighted what comic book publishers were and were not allowed to place in their work, which became the CCA.

The 1954 code had a list of rules that comic book publishers were supposed to abide by in order for their works to be approved. Some of the rules included never attacking religion and any indecent exposure of a character(s).

Gaines joined the CMAA after initially being hesitant to join. But Gaines’ tenure with the CMAA was brief, and he resigned in 1955 to start his MAD magazine business, which today is owned by DC Comics. But despite comic book publishers requiring themselves to abide by the CCA, some individuals wanted to defy the code to publish content that talked about real-world problems, with one being Stan Lee.

Lee, the face of Marvel Comics and the voice of the comic book industry today, was asked to craft a story that touches on the subject of drug abuse. He published the story in Spider-Man, but unlike the majority of comics published in those days, Lee published the story without seeking approval from the CCA.

The story featured Spider-Man’s best friend Harry Osborn struggling with drug addiction and how it negatively impacted him. Lee thought it was a story worthy of publication as it delved into a real-world problem, showing how comic book characters are fictional manifestations of real world people and problems.

But while Lee published his work with Marvel due to his employment with them at the time, underground comics managed to find a way to slip out of the CCA’s radar. These comics bypassed the CCA through direct market distribution.

Due to Lee’s defiance, the CCA updated the code in 1971 to ease the restrictions on what could be published. The changes were the following: less restriction on crime comics and the ban lifted for horror comics.

Eventually, Lee’s defiance of the Code set a precedent for other comic book publishers to follow suit. Publishers realized that through direct market distribution, they could escape the CCA’s clutches.

The code was further updated in 1989 when DC Comics argued that the 1971 code was not needed during the time. The CMAA then drafted two documents based on DC Comics’ demands that then updated the code.

In the years following the 1989 revision, the CCA slowly faded away. The 1989 code was the first to fade from existence.

Then, in 2001, Marvel Comics withdrew from the code and it and other publishers began to regulate their own comics, with the CCA eventually dying out in 2011. Essentially, the comic book industry no longer kneeled to a high authority. Since 2001, comic book publishers have been able to craft stories and more mature content for an audience consisting of both teens and adults.

Publishers now have the ability to create the kind of work they have always wanted to create and do not have to fear any regulations from any code. No longer are they restricted to exclude characteristics that would be deemed “inappropriate.”

Some recommended readings are Spawn, The Private Eye, Scott Snyder and Greg Capullo’s Batman and Rick Remender’s Uncanny X-Force. These books demonstrate that comic book publishers have used their creative freedom to craft stories free from any rextrication and show how the comic book industry has evolved since the CCA faded from existence in the early 2000’s.

Posted on Aug 23, 2017 by
BMartin43
Contributing writer for The Artifice.
Suggested by sk8knight. Edited by Karen, m-cubed, Misagh, Munjeera. Notes by Nate.
Follow