Dolly Parton, Cher, Celine Dion. These are unlikely to be the names that come to mind when thinking about a Superhero movie’s original soundtrack. In typical Deadpool fashion, these artists are featured throughout the movie in an outrageous and somewhat ridiculous manner. Well known for shocks, comedy and gore, Deadpool 2 took the superhero conventionalism and turned it upside down. As Dolly belts out “what a way to make a living, Barely getting by, it’s all taking and no giving”, we see multiple assassinations occurring at the hands (or swords) of Deadpool. Apart from his typical inappropriate comments throughout this massacre scene, the song is quite dramatically juxtaposed with what is actually happening on the screen. It makes a violent, gory scene more enjoyable and even funny, and this recurs throughout the duration of the film. What makes the soundtrack so effective is the fact that these songs are not an expected choice of song for an action movie, particularly with the scenes in which they feature.

In recent films, we have seen the emphasis on the the importance of the movie soundtrack. Perhaps notably known, Baby Driver’s accompanying soundtrack was integral to the success of the film. It enhanced the emotions throughout, which is so easy to get wrong! Poor song choices can ruin the entire tone of the movie, which is where Deadpool 2 triumphs above others. We’ve also seen the insurgence of soundtracks featuring various artists, as opposed to films such as The Dark Knight, of which is predominantly orchestral music to set the tone and theme. This approach taken in Deadpool 2 proved effective, enjoyable and was ultimately unexpected for a movie of this genre. It is the significant juxtaposition of the song with the scene that makes this film that much more enjoyable! As opposed to other films, where the song is perfectly matched to the scene to create emotion (sombre music for a sombre scene, upbeat music for a suspenseful scene etc), it was the unexpected and somewhat ridiculous aspect that really elevated the film above other superhero films, and contributed heavily to the comedic element we have come to expect from Deadpool. Pairing violent scenes with the likes of Annie? Or perhaps an Aerosmith love ballad with an explosion of limbs? Although the songs did not necessarily match the accompanying scene (as explored below), they were still effective and tied-in perfectly with the nature of this film.

Below are some of the most unexpected songs featured throughout the film.

Celine Dion? In Deadpool? The ‘opening credits’ served as a parody to the James Bond films, which are commonly known for their extensive opening scenes, usually by a popular artist such as Adele. In its typical comedic fashion, Deadpool 2 used a beautiful Celine Dion song called “Ashes” as the background to an introductory scene full of jokes and swearing, rather than announcing the cast members (along with Deadpool’s very own interpretive dance). Why was this so effective? The fact that Celine Dion agreed to write a song for a superhero movie that actually has no relevance to the movie or the scene in which it is featured is why it worked so well; who would’ve thought that the artist that brought us My Heart Will Go On would provide the opening to an R-Rated movie such as Deadpool….

Perhaps the most ridiculous song choice of the soundtrack was “Tomorrow”, from Broadway’s Annie. This song plays out toward the end of the film almost heart-breakingly so as we anticipate something distressing is about to unfold. When we hear the first words of the songs belted out, the first thought is “really?” *face palm*. Though beyond the ridiculousness of this song choice with this scene, it actually ties in perfectly and has a major impact, particularly as we come to realise that Deadpool is about to make the ultimate sacrifice. With lyrics like “There’s got be someone who cares, Don’t know where they are, But I am going there”, not only does it add the humorous yet emotional aspect that we’ve come to know and love from Deadpool, but it adds to the dramatic effect of the scene as we come to realise our anticipations were correct (almost). Why was this so effective? A song by an 8 year old child is literally the last song you expect to hear when a team of mutants are engaged in a vicious battle.

Perhaps one of the best songs to feature in a film to build excitement, suspense and ultimately anticipation as the tune builds. Featured in plenty of movies before Deadpool, Thunderstruck was used as a way to pump up and excite the audience as the X-Force parachuted out of a plane ready for battle. It generated major excitement amongst the audience, as this upbeat, almost motivational song implied something epic was about to happen. It made it all the more shocking and unexpected when almost every single one of Deadpool’s newly formed team violently plummets to their death. Why was this so effective? Thunderstruck makes you believe that something epic is about to unfold, as the riff gets more intense, the drums kick in… But this scene was the complete opposite. It ignited the anticipation of such a scene but the element of surprise was thrown in, and so many characters were killed in such a short time, to an incredibly fun and heroic song.

If I Could Turn Back Time – Cher

Those who left the cinema early would’ve missed some of the best scenes featured in the credits, where Cher’s If I Could Turn Back Time is playing throughout. We see Deadpool travelling back in time with the help of Cable’s time-travelling watch to previous movies such as Logan (Wolverine) to prevent his death, and earlier in the film to save his fellow X-Force team members from their demise. We also see him preventing the actor that plays him, Ryan Reynolds, from accepting his role as the highly disappointing Green Lantern film. With the obvious reference of the song being Deadpool turning back time to save characters, this song elevated the scene and added the comedic element we’ve come to expect of this franchise. What made this song choice so effective? The fact that it was such an obvious choice for a character travelling back in time, yet such an effective addition to the scene.

Known for his work on Guardians of the Galaxy, score composer Tyler Bates provided an exceptional soundtrack for this film; being one of the only superhero movies that can be classified as a comedy, he successfully put sentiment and energy into the film through his choice of songs, and found the perfect balance between comedy and emotion. The film jumps between serious and humorous tones, and to be able to effectively implement these elements through licensed songs set for some really high impact scenes throughout, albeit for the purpose of comedy. Overall, the soundtrack elevated the impact of every scene in question, and the blatant juxtaposition of the song with the scene makes this completely genius. With Dolly Parton providing the musical backdrop for a montage of violence, how could you not think so? 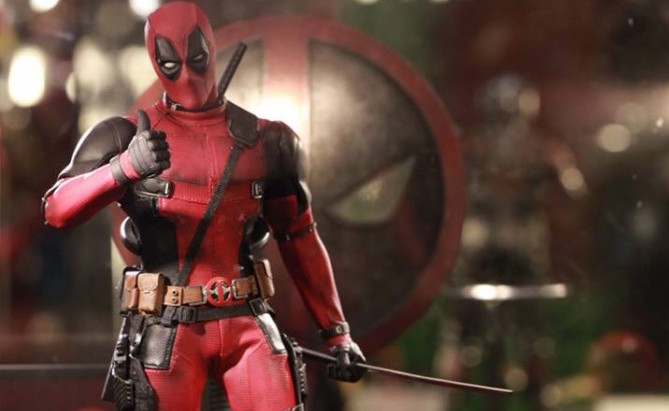