How Dystopian Futures Are Merely Mirrors Into Our Own Society

After our appetite was recently satiated on Hunger Games, we are diverging our fingers to the next tasty literature meal: The Divergent series by Veronica Roth. Again we sink our teeth into a dystopian society and a bleak prediction of our future Earth. What these books never fail to dish up are the faults with society, humans and their failure to actually attain humanity. Yet, what we also find in the pages of these books is that shadowed face of ourselves reflected back in the dim lights of our bed-side lamp. Books are the indirect way of examining our life and letting us see our reality through an imagined reality.

Once again, Roth did not disappoint in turning me into a broody and musing teenager, with my “Rise Against” music blasting through my headphones. This book mirrored my conformist life and I didn’t like the reflection staring back at me. The imagined dystopian world felt too familiar. 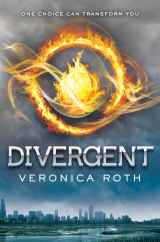 Sound familiar to our own society? Today, the communities teenagers live in have established their factions and we find ourselves pressured to fit into one. Roth’s first faction is Amity, the community dedicated to peacefulness and most likely to be gallivanting around with flowers in their hair. In today’s society, you would probably refer to them as the hipster kids– the vegan dieting and Green-Peace loving type. Then there is Erudite, intellect-seeking brainiacs, who safeguard their society’s knowledge. You’ll see them in your school library, fixated on their MacBook screen and spending their time socialising with a digital Pokémon, rather than real people. Next are the Dauntless– the reckless and thrill-seeking– who are metaphorically embodied in the binge drinkers of today, whose vernacular is often reduced to “let’s get loose after school.” Abnegation is the fourth faction, benevolent and selfless souls, who walk the school corridors moralising your hedonistic ways and condemning brown-nosing teachers. Lastly, there is Candor, the blunt and truthful faction. You find them hidden behind locker doors, gossip mongering and sticking their nose where it doesn’t belong. Today, we can’t seem to escape “The Plastics'” mentality of a stratified society, based on fitting a particular paradigm. I can almost hear Gretchen Wieners screaming in my ear: “You can’t sit with us!”

So where do we fit? Or are we faced with the horrid concept of being Divergent?

Perhaps the greatest lesson Divergent can feed us after being left hungry from Hunger Games– is that we crave these dystopian novels because they mirror our society all too closely. Or sometimes are our societies. Controversy is a dish best served cold. As The Wall Street Journal suggests: “DIVERGENT is really an extended metaphor about the trials of modern adolescence: constantly having to take tests that sort and rank you among your peers, facing separation from your family, agonizing about where you fit in, and deciding when (or whether) to reveal the ways you might diverge from the group.” Ultimately, this book made me ask the question: Is any dystopian novel really an insight into a future society or is it merely an imagined metaphor OF our society? Hidden behind the inky black text of these novels, we see our cultural anxieties and calls for change. This is reflected throughout the history of dystopia fiction. 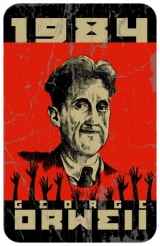 George Orwell’s erudite 1984 (published in 1949) comes to mind first, where the protagonist, Winston Smith rebels against the totalitarian Oceania state in which he finds himself in. An advocate for socialism, Orwell creatively denounces despotic systems that repress the human spirit, witnessed in history in Nazi Germany and Communist Russia. In the novel the Soviet Leader, Stalin is personified in the infamous “Big Brother” character that shrouds the future society, with parallel ‘stick techniques’ to keep the proletariat in line. The novel also deals with the brainwashing of citizens through propaganda, where “the past was erased, the erasure was forgotten, the lie became truth.” Nazi Germany and its propaganda minister, Goebbels are probably the most infamous for this, as he believed “if you tell a lie big enough and keep repeating it, people will eventually come to believe it.” Orwell saw himself as the educator for the ignorant citizens of his time that took things at face-value in an almost zombie-like inertness.

United Kingdom hierarchical society was also metamorphosed into the writer’s state of Oceania, so the book could serve as a lens into how the upper-class of society used politics as a vehicle to maintain hierarchical control. His classic quote: “War is waged by the ruling group against its own subjects and its object is not the victory… but to keep the very structure of society intact” reverberated through the brick foundations that his very society was built upon. Furthermore, quips against English aristocracy are alluded to within the text, such as O’Brien (the representative of the oppressing political party) being pictured as someone who would have used a snuffbox in the past– an iconic companion for any English gentleman’s pocket. Ultimately, Orwell was only using the novel as a veil over his socialist message that “the essential structure of society has never altered” from its class system and probably never would. His future society was an allegory of the one he was surviving at the time. 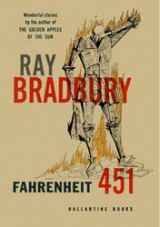 Additionally, Ray Bradbury’s Fahrenheit 451 (1953) served as a hammer to pulverise analogously McCarthyism and its push towards cultural homogeneity in the 1950s. The author lived in a time where those with original thought were persecuted as communist enemies” by the Un-American Activities Committee. Ergo, through Fahrenheit 451, Bradbury contended that Americans were living in a censored world, being fed “water poured down the spout and out the bottom, and (McCarthy) telling (the public) it’s wine when it’s not.” In the novel, prohibition and mass book burnings conveniently achieved at a temperature of, you guessed it, fahrenheit 451,are used as an allegory to McCarthy’s power censorship and the scorching of individualism and self-knowledge in American Society. Bradbury detested the ignorance that pervaded American citizens, as they believed the government’s Red-Scare was actually imminent. McCarthy’s communist witch hunts were also metaphorically represented with the protagonist, Guy Montag actually fleeing a mechanical hound (the embodiment of the President), for defying the strict laws that govern society. Ultimately, Fahrenheit 451 became the temperature in which the ideologies of the 1950s burned. 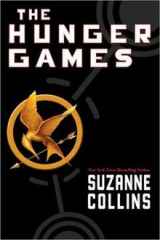 Also, we cannot look past Suzanne Collins’ Hunger Games and its blatant commentary on the inequitable distribution of the word’s resources aand wealth. Child soldiers holding knives, trained to kill for a mindless cause for a power-body, horrified many readers when they first picked up this novel. Yet, what they do not realise is that this dystopian future is happening right now across the ocean. We read about the Capitol, (Collins’ metaphoric USA), eating their cuisine as they sit passively and watch children fight for survival, without lifting a helping hand. The ‘Hunger Games’ mentality is not too far from reality, in which every day the low socio-economic areas of the world, where children are stolen and trained to kill for their leaders and their ambitions.

Furthermore, a blatant attack on today’s plastic surgery is revealed through the sprouting blue eyelashes and cat noses that the Capitol people model. Collins is asking: how far are we willing to warp our bodies in the attainment of beauty? Joan Rivers, I’m looking at you. Again, we see a society fixated on surgically engineered perfection– that the concept of beauty becomes so distorted over time. Again, this is prevalent today, if you just go pick up your closest “Dolly” magazine and look at the skeletal and emaciated figure on the front.

Each of these examples reveals how the socio-cultural context of the times is permeated under the block-text of dystopian novels. So perhaps dystopian fiction encourages societal narcissism– as we constantly find ourselves staring at its pages, only to see our society reflected back at us. Though I encourage anyone to diverge their eyes to Divergent, if they think they can handle what society they’ll see in the mirror.