Snacks for Thought: 5 ‘Edutainment’ YouTube Channels To Improve Your Knowledge

Since its beginnings over a decade ago, YouTube has come into its own as a media format; with a growing amount of people looking online for information and entertainment, YouTube careers have become a reality and creators are producing great quality content on a variety of topics. There’s still plenty of cat videos, funny personality vlogs and extreme sports fail compilations – and long may these continue – but also growing is the number of thoughtful, researched and professionally edited series designed to educate as well as entertain.

The 5 following channels produce bite size ‘edutainment’ videos, friendlier to a short online video format, showing that YouTube can become more than just a way to have fun or pass the time, letting people from all over access informative and thought-provoking content for knowledge and inspiration.

Crash Course, founded way back in 2006 by Hank and John Green of vlogbrothers fame, really has become the mother of all edutainment channels, because there’s simply so many subjects involved. Whether you want to brush up on U.S. history or regrasp the properties of protons, neutrons and electrons, this channel has a course for you. They’ve also recently launched Crash Course Kids, which covers various areas of science for younger audiences.

Many other famous faces, from Craig Benzine (wheezywaiter) to Phil Plait the charismatic astronomer, have jumped on board since the channel’s humble beginnings, and qualified consultants verify every series to deliver the best possible information. It’s John and Hank, however, who have brought a fantastically entertaining format into the mix, along with excellent animations from Thought Cafe and a dedicated editorial team.

Crash Course series do tend to be rather in-depth, with each video averaging 10 minutes and each course lasting from ten to forty videos, so it’s not the best option if you want a quick video or two for snack-sized thinking, but these high quality, amusing videos are well worth the time, as you can see from the channel’s staggering 3.5 million followers.

For shorter edutainment videos by the Green brothers and others check out SciShow, which answers fun science questions and explains scientific concepts, and Mental Floss, which collects together knowledge lists for trivia nerds.

2. The School of Life

The School of Life is a wonderfully diverse channel encompassing videos about history, philosophy, careers, relationships and a whole host of other things responding to the big questions about life in general. The School of Life identifies itself as ‘a rigorous, un-ideological organisation devoted to helping you deal with the important things you were never taught in school’. With a healthy gain of 500,000 followers since May 2010, as of November 2015, its clear The School of Life has some important lessons to teach.

The great thing about The School of Life is that it approaches topics from an aspirational perspective, often using historical ideas and figures to help the viewer address their own views and thought processes. For example, the channel’s video series on philosophers contextualises the thoughts of famous philosophers like Nietzsche and Kant in a way which takes history into account but also makes their ideas accessible to the modern world. Other videos are broader brain teasers based on a theme, such as the video ‘Why We Hate Cheap Things’, which questions how we attach importance to price in capitalist societies by telling the history of the pineapple’s price and popularity.

As with all media, it is best to view The School of Life videos with a pinch of salt; they are explorational and thought-provoking, and in some cases may help you think about something you never had before or see a topic from a new angle, but as the channel deals with a lot of philosophical and ideological topics its videos will never be able to cover everything or reach out to every lived experience. This, however, does not tarnish The School of Life’s admirable ethos in addressing personal, moral and ethical issues, as it is a great resource for getting your thoughts into action and expanding on ideas. 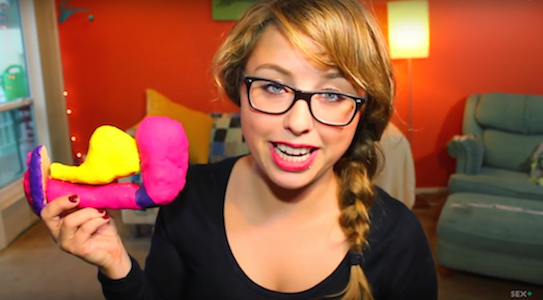 The Sex+ channel is a sex edutainment series run by ‘sex education activist’ Laci Green, whose humour, compassion and factual advice has won the hearts of nearly 1.5 million subscribers online.

In a way which is refreshing compared to more mainstream sex education, Sex+ operates from a progressive feminist perspective, giving this topic the liberated and honest treatment it so desperately deserves; one of Green’s most popular videos is ‘You Can’t POP Your Cherry! (HYMEN 101)’. This video addresses the pervasive myth that for someone with a vagina to lose their virginity (a problematic concept in itself) sexual activity must tear or ‘pop’ the hymen, so the sex is painful, which just isn’t true.

Green’s videos on Sex+ are important because they serve to break down barriers of embarrassment and misunderstanding about sex, love and relationships, in a refreshing and fun format that lets you laugh as well as learn. 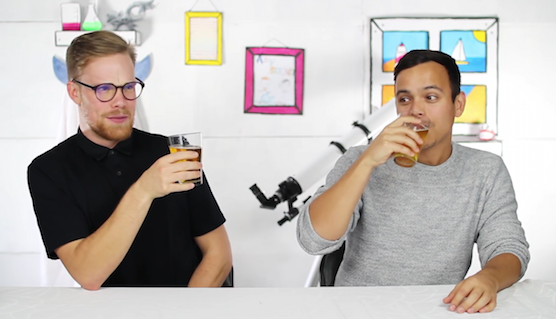 AsapSCIENCE is the channel which delivers ‘your weekly dose of fun and interesting science’, by covering a huge range of topics which explain everyday things in terms of digestible scientific facts and theories. Though a relatively young channel started in 2012, AsapSCIENCE has amassed an amazing 4.5 illion followers in three years and this popularity looks set to continue.

AsapSCIENCE takes popular science to the next level, with intriguing and sometimes hilarious results. Some of the channel’s most popular videos answer viewers’ questions about familiar phenomena usually taken for granted, such as why people cry or the science of cats. In their special segment The Lab, the hosts take viewers’ questions one step further and turn them into hilarious experiments, like getting drunk to test breathalyzers or drinking their own urine to test the limits of disgust.

The channel also addresses fun thought exercises through scientific analysis, such as whether getting kicked in the balls or giving birth hurts more, if humans could be scared to death, or what would happen to the planet if humanity disappeared. Furthermore, their videos often address contemporary social issues, like explaining the differences between smoking and vaping or the current understanding of clinical depression.

It definitely helps that the hosts of AsapSCIENCE, Mitchell Moffit and Gregory Brown, are clearly so passionate about science. The channel’s video format, with drawn whiteboard diagrams and upbeat music, makes for very watchable edutainment; AsapSCIENCE demonstrates how science plays such a huge role in our lives, in a way which is accessible and fun for everyone. 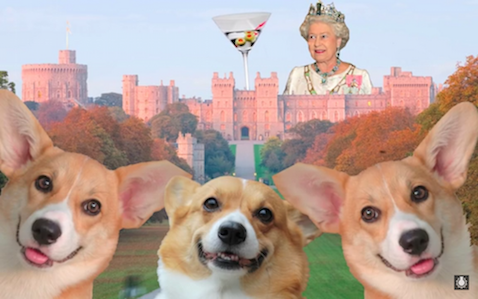 The CGP Grey channel (named after its creator, who started the channel in 2010) is a treasure trove of videos about history, politics, geography and ideology, in an informative style that doesn’t shy away from opinion and humour.

This channel’s appeal, evident from almost 2 million subscribers, comes first from how it usefully and comprehensively explains common yet complex ideas, such as the geographical and legal differences between Great Britain, the United Kingdom and England, the history of the Netherlands and Holland, or how the European Union functions.

What keeps the viewers coming back to his channel, however, is Grey’s deadpan and witty narration, which injects humour into topics which may otherwise grow a bit stale in others’ hands. CGP Grey pokes fun at the complex histories and geographies of the world, its countries and borders, and the various historical rulers and governments within them.

Beyond this, the channel also covers everything from copyright laws to First Past the Post Voting to coffee. CGP Grey is ideal for viewers who don’t think knowledge and humour are mutually exclusive, and many of these videos can be watched again and again.

Posted on Dec 13, 2015 by
Camille Brouard
From Guernsey, anchored in Sheffield. Books, Anime, TV, Films and Tabletop RPGs float my boat! Writing about them puts air in my sails (I also like over-using metaphors.)
Edited by Jordan, Brandon T. Gass.
Follow