Fear and Loathing in Israel/Palestine 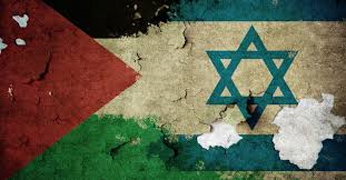 Israel and Palestine have experienced conflict for decades and this conflict manifests to fear and anxiety of the other. The tension in the environment affects every aspect of life. Fear-based anxieties heighten due to the constant strains of warfare. The pressure continues through intergenerational fear of the other. An environment pressured will give way and only those best suited will survive. Through a comparative analysis between two Israeli writers, David Grossman, and Edeet Ravel these two writers show the pressures that induce fear and anxiety in Israel/Palestine. David Grossman, the author of Writing in the Dark: Essays on Literature and Politics, is a writer whose style is fluid and lyrical yet intense. He constructs his words to build upon language and engages many senses and emotions. Whereas the writer Edeet Ravel, the author of Ten Thousand Lovers, precisely deconstructs words to get to their root of origin she begins with fearful suspicions.

The Hebrew word for “suspicious” (hashud) buzzes through life in Israel like an insistent fly that won’t leave you alone. Suspicious objects and suspicious people who need to be taken aside and checked out are only part of the problem. A bigger problem is the military problem of suspicious movement or a suspicious figure when you’re in fighting mode. If the principle is (as the spokesman says) to shoot only when in danger, how deep does the suspicion of danger have to be before you shoot (Ravel 43)?

Humans have the instinctive ability to sense fear. Humans also instill fear; this type of fear is conditioned. The people of Israel/Palestine experience conditioned fear through their mothers, fathers, siblings, and other relatives who saw death and torture, and instill these messages with their warnings of fear. There is another type of fear called universal fear. “Scientists are focusing on ‘universal fears’ these fears are particular to people, regions, communities, or even cultures”(Layton). Universal fears describe the environment in Israel/Palestine; fighting for region, divisions within their communities, cultures, and religions. All the elements of ‘universal fear’ are met in Israel/Palestine. David Grossman has many passages containing ‘universal fear,’ such as:

The sense of besiegement and the fear of what is being plotted against us beyond the borders inevitably create an eagerness for internal consensus at any cost-a consensus that sometimes seems like the frightened convergence instinct of a threatened heard of cattle. But if the day comes when we do not have to define ourselves in terms of war and besiegement, if we allow ourselves to gradually let go of rigid, narrow-minded, and one-dimensional definitions of those who are “with us” and those who are “against us,” of those who are one of “us” and those who are foreigners (and as such, suspected as enemies), perhaps we will slowly learn to be more tolerant of diverse opinions and different voices in politics, art, gender roles, relations between men and women, and, not least, the tense and volatile relationship between Arabs and Jews within the State of Israel (Grossman 91).

The psychological and physiological effects of anxiety are also a part of life in Israel/Palestine. Anxiety is a chemical reaction in the body. Humans cause anxiety by overreacting to stimulus or perceiving events that may not come to fruition. Many people in Israel/Palestine cause anxiety by constantly thinking about the other. To graduate into a more complex definition of anxiety, there is existential anxiety. Theologian Paul Tillich who wrote, The Courage To Be analyzes anxiety throughout Western culture and some of his ideas correspond with the anxiety in Israel/Palestine. Paul Tillich proposes three categories of existential anxiety, ontological, moral, and spiritual. Tillich believes humans can express these three anxieties when the core foundation breaks. When leadership collapses, chaos reigns and belief system crumble. When new leadership over throws the intrinsic former power, and anxiety becomes rampant. Steven Kries, Phd. explains Tillich’s theory as two nightmares; “one is the anxiety of annihilating narrowness, with the impossibility of escape and the horror of being trapped. The other is the anxiety of annihilating openness, of infinite formless space into which one falls without a place to fall upon.” Both situations breed anxiety for both Israelis and Palestinians they are both facing the same angst of being isolated into the darkness of an anonymous void (Kreis 2012). Edeet Ravel’s passage is on point with Tillich’s existential anxiety theory.

Enemy in Hebrew is oyev and “the enemy” is ha-oyev. When I was a child in Israel we used the word, ha-oyev, all the time. We, who must fight the enemy. There, where the enemy sits. I’ve always found the effect chilling. The enemy is, first of all, faceless and nameless, a dark force hovering in the distance. Apart from that, it’s an eternal force, like “the night” or “the sky.” The enemy is always there, no matter what. It’s something you have to learn to live with. If the enemy had a name, you could ask why you had that particular enemy, and whether there was any way to turn that enemy into an ordinary neighbor, but “the enemy” is your enemy without rhyme or reason. It’s just a matter of bad luck (Ravel 49).

My grandmother had an island, nothing to boast of. You could walk around it in an hour, but still it was; it was a paradise for us. One summer, we went for a visit and discovered the place had been infested with rats. They’d come on a fishing boat and gorged themselves on coconut. So how do you get rats off an island? Hmm? My Grandmother showed me. We buried an oil drum and hinged the lid. Then we wired the coconut lid as bait, and the rats would come for the coconut, and…they would fall into the drum. And after a month, you have trapped all the rats, but what do you do then? Throw the drum into the ocean? Burn it? No. You just leave it, and they began to get hungry. And one by one…they start eating each other until there are only two left, the two survivors and then what? Do you kill them? No. You take them and release them into the trees, but now they don’t eat coconut anymore. Now, they only eat rat. You have changed their nature the two survivors (Skyfall 2012).

Javier Bardem as Silva in Skyfall and his opening speech about environmental pressures.

Israelis and Palestinians will continue to live to survive. “According to Irfan Jamil, bishop of Lahore, as the world constantly changes, the greatest fear is the fear of survival. The social, economical, spiritual, political and educational circumstances in life make survival difficult in regard to such pressures that can come out of it” (Jamil 2012). The teeming combination of fear; a real and tangible threat, coupled with anxiety; a psychologically induced state that can manifest into a physical aliment manufactures environmental pressures in Israel/Palestine. These pressures force the instinct for survival daily. Scientific, philosophical, and theological expressions examine fear, anxiety, and environmental pressures in this region. There is no simple solution to the fear, anxiety and environmental pressures experienced in Israel/Palestine. Without corrective action the outcome will be rats trapped in a barrel.