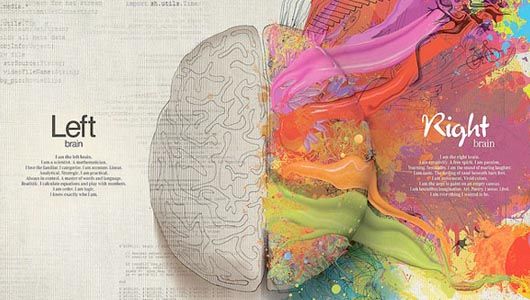 Throughout human existence the study of science and history has stifled the natural human aversion to accepted, uneducated assumption and stereotype. For example, over time it has been falsely believed humans only use 10 percent of their brain. When in actuality humans utilize nearly every neurological pathway available to them in the perception, processing and storage of memories, information and overall compiled data of daily life and study. It has been ignorantly spewed that people are either ‘left brained’ or ‘right brained’ dominated by one or the other in both temperament and orientation. This misconception lies in that all things analytical and all things creative rest in separate, opposite lobes of the brain, though in reality brain function works in a synthesized operation throughout the entire organ. Long ago, it was even once taught that the earth was the center of the entire universe. From Marie Antoinette’s ‘let them eat cake’ to Julius Caesar’s “Et tu, Brute?”, along with various formulated lies of history, these are fueled by the natural human impulse to agree with the multitude. Other accepted truth such as a constant, structured curriculum for growing children remains the best way to teach them; this is just another sociological fallacy facilitated by our culture and times, and in retrospect this may be severely detrimental to the education and molding of young minds. In truth, recent data and contemporary studies are showing “free play” and unorganized versions of imaginative play have undeniable, superior effects on the brain than the inflexible, past championed philosophy of a strictly organized learning construct.

“Free play” is a rising idea in child care and may be the answer to solving problems affiliated with social, cognitive and emotional development of kids. In a clinical report issued by the American Academy of Pediatrics and the Committee on Psychological Aspects of Child and Family Health, the entire memo was dedicated to the importance of child play. Such play lets kids apply their innovativeness while expanding adeptness, group involvement, neurological pathways and temperamental adaptiveness. Play is significant to a blooming brain evolvement. It is by means of free play young kids communicate with the world they’ve created. This prompts them to generate a reality they govern, vanquishing anxiety and rehearsing grown up responsibilities. While children interact in their fantasy, these creative delusions support advanced capabilities, and foster strengths needed in order to combat trying times that lie ahead in adulthood. Unstructured play urges a child to accept communal reliability, and a general understanding for peaceful conflict resolution. (Ginsburg) Play gives kids the much needed excuse and specified time to expand emotions and build upon skills needed as they progress through life. Without this creative outlet it may enable a fundamentally rigid social script that does not stimulate growth and learning; nor does it nurture cognitive competency or emotional mobility. Neurologically speaking, these behaviors are in their highest malleable stages throughout the beginnings childhood and should be given the amount of thorough analysis and positive care it undoubtedly deserves.

With an absence of play and excess of stress, this can predispose kindergarten age children to social and mental instabilities that may take form in their adolescent progression. Suicide rates have increased almost four times over for teens since the mid 1900s and more kids are being exposed to high degrees of social stress. Anything from the rising advocation of lofty performance on standardized testing, to the heightened amount of extra curricular activities, this is dramatically effecting the cortisol levels in young people. So much so, that in a recent poll to the average American seventh grader, when inquired “Am I happy with my life?”, only a staggering 36 percent answered ‘yes’. (Pelliserier) This perpetuates a dangerously high, stress-filled profile for young kids and begs the question as to whether or not this micromanaged approach in education and daily life is optimal for a child’s social development.

On the same note, this damaging over-structured ideology can also effect the cognitive abilities of kids. Sergio Pellis, a researcher employed by the University of Lethbridge and advocator of play says, “The experience of play changes the connections of the neurons at the front end of your brain…And without play experience, those neurons aren’t changed”. Those microscopic evolutions present in the prefrontal cortex throughout the course of maturation cultivate the brain’s executive control center. Pellis adds, that this plays a vital part in cognitive functionality. (Hamilton) This neurological arousal helps with attention span, learning proficency, and higher tiers of intellectual thought. Yet play is ironically cast aside as unneeded and frivolous in comparison to disciplined modules. This connects back to the original, introductory idea that people, throughout the course of time, have been mislead by previously accepted notions of historical or scientific conclusion. This misinterpretation has created perilous consequences directly contingent to wrongful logic it was first based upon.

As for the emotional benefits of free play, their imaginative fun can actually abet emotional efficacy and overall psychological health. Children, of elementary school years, polish emotive control in their imagination inspired realms. The child usually engages in emotionally-inflamed circumstance, embracing subjects that may evoke angst, enmity, or grief. This has all been meticulously documented by a respected researcher and well renowned textbook author by the name of Gisela Wegener-Spöhring. For instance, she observed several play contexts in which a group of small girls made believe that they were orphaned sisters who’d been abandoned by all family and stranded in a thick wooded area along with bears and terrifying obstacles. To manage both their pretend sadness and horror, the girls often hugged and chatted lovingly; even constructing a home with fake appliances and weapons, in a simulated cave, to protect them from the beasts of their formulated wilderness. (Gray) This intense emotional play conclusively required imaginative and emotional resiliency in which the child was urged to take on. The participation in such practical solutions to their mock anxiety builds the ability to combat an inherent functional fixedness of the human tendency, and enriches a child’s emotional acclimation to a variety of poignant environments.

So how can one fight off this infinite struggle between teaching a child in a structured climate yet allowing them the freedom to develop in a healthy and creative fashion? Surprisingly enough, there is a two word answer: FREE PLAY. If the statistics and studies were insufficient, how about the continued guidance for pediatric care to emphasize to parents that engaging in free play along with your child can strengthen lifelong bonds and nurturing attitudes? Children will be more likely to succeed along with dealing with the failures of life appropriately. It is also made clear by these pediatric guidelines that the necessary characteristics for children to thrive are not grown from academic performance or extracurricular obligations, but born in the secure bond of parental love and inventive creativity formed in childhood. (Ginsburg)

History will always preserve the falsities of previously believed principles, but hopefully with the drive to overcome these once untold effects of creative free play on the human mind, these educational approaches can be reasoned through and set to help the generations of children to be born and develop healthily long after this era has past.

Posted on May 28, 2017 by
JulieCMillay
Contributing writer for The Artifice.
Edited by Munjeera.
Follow