Game-to-Film Adaptations: What Can We Expect From Assassin’s Creed?

It is no secret that most film adaptations of video games are…well, terrible. Some of the “bad” ones that often come to mind include Super Mario Bros. (1993), Street Fighter (1994), and Mortal Kombat (1995). Whether it be the laughable dialogue, the plot, the disconnect from the source material, or all of the above, films such as these do nothing for the gaming industry and the franchises with which they are associated.

With all that being said, what chance does the new Assassin’s Creed film have? The AC trailer has generally received praise from fans and professional critics alike. Paul Tassi at Forbes calls it “mercifully excellent” while Ben Child at The Guardian claims it may be the “video game movie that might just make us forget all about the cinematic crimes” of various producers and directors who have burned us with bad video game films in the past. In spite of the positivity, trailers can be promising but what it really comes down to is the movie itself.

So what can we expect from the Assassin’s Creed movie? Could it truly be the video game movie that redeems its predecessors? To answer these questions (or at least come close to an answer), we need to look at the mistakes other adaptations have made in the past, and how these mistakes might be reconciled for future adaptations to come. 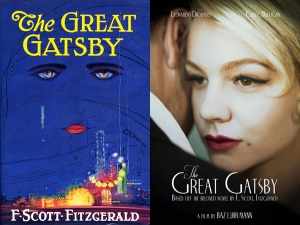 Video games are not the only mediums of entertainment that are adapted into films. Book adaptations also face a lot of heat, yet somehow, book adaptations do not face the same criticism—at least not on such a broad level. Again, the general consensus is that all video game films are bad, but not all book films are bad. Some fans may like the creative liberties that the writers take, while others may find that sticking too closely to the source material really doesn’t produce anything original in terms of adaptations. Producers take the same liberties with book adaptations as they do with game adaptations and the outcome between the two can be drastically different. What are the unseen variables here?

Perhaps the biggest reason game-to-film adaptations fail so much is that they rarely stick closely to their source material (i.e. the games themselves). This tends to get us gamers riled up. But on the other hand, book adaptations don’t always do this either, yet they often receive praise. The answer is not simply that we gamers are a more passionate, fanatical crowd. The answer is more likely that directors and producers just don’t understand games as they should. Only recently did the gaming industry become more mainstream. Prior to this shift, the industry was stereotyped as a form of entertainment for “nerds” and “geeks” who preferred virtual reality over actual reality. Those of us who remember living in that little bubble probably feel a lot more protective of our “gaming community” than members of the “book community” because we came from what was once such a niche community. Ultimately, books seem to be a lot more accessible than video games, even in spite of the mainstream turn which the gaming industry has recently taken.

If it comes down to awareness, how might Hollywood producers better represent video games in the film industry? The following are three points that directors, the film industry, and the gaming industry ought to consider if game-to-film adaptations hope to be successful.

1. Necessity: Should Games Just Be Games?

The fairly recent announcement of The Last of Us and Uncharted film adaptations received mixed responses. On one side were the fans who welcomed these beloved games to the big screen, while on the other side were the fans who felt that games these days—especially The Last of Us and Uncharted 4—are cinematic enough that they don’t need film adaptations. The shift from cutscene to actual gameplay in games like these is so seamless that it truly is like playing a movie. Eliminating that interactivity thereby eliminates the magic that makes games nowadays so spectacular. Is it really necessary to adapt everything into a film? According to one Professor Kirk Kjeldsen at Virginia Commonwealth University: no. Kjeldsen claims that a game-to-film adaptation “is like making a song out of a painting or a sculpture” because games and films are “completely different animals.” Indeed they are, and if directors understood this, they might be more inclined to leave video games alone—except for, you know, the money.

2. Alternatives: Why Not Go the CGI Route?

Remember Final Fantasy VII: Advent Children? Of course you do. In 2005, Tetsuya Nomura released this entirely-CGI film as a sort-of sequel to the universally beloved Final Fantasy VII (1997). Though the film received mixed reviews, the majority of critics agreed that the graphics and the fight scenes were outstanding. For a game as vast as FFVII, and one with such a passionate fan base, it would seem a terrible risk to allow anyone but Nomura to touch a cinematic sequel (and by “anyone,” I mean Hollywood). Any given Final Fantasy game cannot be translated to film without 150% care and devotion to the source material because of the vastness and depth of the world, the characters, and the story. If a film adaptation is absolutely necessary, producers ought to consider CGI first and foremost, especially given the high quality output of games these days.

Furthermore, for games like those in the Final Fantasy lineup that defy reality (hence the word “fantasy”), it would be impossible to convert those infamous boss battles, those summons, and those gravity-defying fight scenes into Hollywood cinema without lots of CGI and green screens. If a director is already going to use that much CGI anyway, why not just go the full-CGI route? In the end, CGI films do what “real” films can’t do. In the end, the majority of game fans would probably prefer a CGI film produced by the same company that produced the game itself.

3. Creative Control: Leave it to the Professionals

If after the first two points, Hollywood producers still find it necessary to adapt a video game into a film, the least they could do is give a huge portion of creative control to the same studio (i.e. writers) that developed the game in the first place. It has been confirmed that Neil Druckmann, the writer and director of Uncharted, Uncharted 2, Uncharted 4, and The Last of Us, is actually writing for the film adaptations of Uncharted and TLOU. Melissa Loomis at Gamerant calls this “promising” because Druckmann “knows the story, knows the audience, and knows how to make it work.” Of course, this doesn’t mean Druckmann has 100% creative control in production, but if all game-to-film adaptations had people like Druckmann on board, we gamers would sleep better at night knowing our beloved franchises are not going to their deaths. If Hollywood knows what is good for it, it will continue to allow these creative geniuses into its golden city, and let them do what they do best.

Back to Assassin’s Creed…

Going by the above criteria, Assassin’s Creed is 0 for 3. It has been confirmed that most of the movie will be set in the present rather than in the past. Although Desmond Miles was loved by the majority, his story was not what most fans played for. Red flag Number One. Additionally, the film’s producers already have plans for two sequels. It is just a bit too early to be jumping the gun on a trilogy when the debut film has not even been released and its fans are already on the fence about it. Is this confidence or naivety on the producers’ part? Who knows? Red Flag Number Two. Lastly, the franchise hasn’t been doing too well lately, especially considering the generally poor reception of games in the series such as AC:III (2012) and Unity (2014). Syndicate (2015), the latest AC release, saw better days than its predecessors, but Ubisoft has been beating the dead horse for a while now. If some fans are already done with the gaming series itself, why would they bother with a film adaptation?

But these points don’t necessarily mean anything. Although this will be director Justin Kurzel’s first video game adaptation, his past films such as Snowtown (2011), The Turning (2013), and Macbeth (2015) all received generally positive reviews from critics. Furthermore, Ubisoft itself is developing the film, so that should give us fans at least a little peace of mind. Michael Fassbender—who will play the protagonist, Callum Lynch—has stated he knew nothing about the AC series until he took the role, yet since then he has thoroughly educated himself and seems to understand now just how attached fans are to the franchise. Hopefully his efforts to produce something true to the source material will show in the end.

No pressure or anything.