For many people, writing is a passion, a hobby, a way to express themselves, a habit. For most people, their jobs involve communication through written word as a necessity. But for the very few lucky ones, writing (specifically fiction) is a job. All writing has a purpose and it’s the writers job to present that purpose, and the reader’s job to extract it.

Writing is an exhilarating profession for those who can “make [their] vocation [their] vacation,” in the words of Mark Twain.

That, however, comes with responsibility that relies on ethics. What is right and what is wrong? What is offensive? These questions often come into play when a writer is writing a fictitious story based on a true event. But where is the line when a writer borrows too much from real life? What happens then? American author, Joyce Carol Oates, writes arguably for both reasons, and consequentially has not only been recognized for it, but was also blamed for the audacity.

Binary between the Writer and the Reader

Most of this blame comes from the reader, how he interprets the story, and his morals and thoughts about what is okay and what isn’t. That’s what it always boils down to — the reader. The reader is not sitting next to the author (which is, many times, unfortunate) while reading the story, and so this allows the reader to interpret and take away from the story only what he has come up with. The author is mostly obsolete in reading, but not in writing. The author, sometimes unfortunately, must take the blame for what they wrote. Therefore, authors have one main responsibility and that is to write exactly what they mean to say.

A writer that publishes many stories, novels, plays, poems, even her own diary journals, is still something of a mystery for many of her readers. Joyce Joyce Carol Oates describes herself as, “transparent, like a glass of water.” Perhaps this accounts for why she borrows from real life scenarios, many revolving around crime, throughout her writing. Though many authors do this, helping them make their dialogue more realistic and perfecting their descriptions of people and every day life, there are two important questions to keep in mind. The first is, how much borrowing is ethical? The second is, does it benefit or harm the author and the writing? This need not be a binary, it could be both beneficial and detrimental at the same time.

Carol Oates wrote and published in The New Yorker her short story, “Landfill,” on October 9th, 2006. “Landfill,” is a story about a college freshman, Hector Campos, Jr. attending Michigan State University. Campos, Jr. pledges at a fraternity and during one of their parties, he suddenly disappears. No one was alarmed by his absence until the weekend ended. Hector Campos, Jr. was officially missing as of March 25th, 2006. Weeks later, the reader discovers that Hector Campos, Jr.’s body in a local landfill. Throughout the story, there are several interviews with people who surrounded Campos Jr., investigating what might have happened the night he disappeared. These interviews reveal many details about the character, allowing the reader to assume that Campos, Jr. was an average jock in a fraternity, only caring for partying and drinking, and getting C’s and D’s in all his classes. His character was made out to be a jerk. Though any author has complete authority to do what he wishes with a character, when the only detail that was changed is the character’s name, assuming and implying to others what Fiocco Jr. was like is unethical. Unethical in this sense is not based on a formula calculating exactly how many facts should be changed in order to assume a character’s personality. Rather, it is intuitive.

The foundation of Joyce Carol Oates’ story actually came as a shock to many readers and provoked a strong reaction, to which she had little remorse. On March 25th, 2006, John Fiocco, Jr. went missing and weeks later was found in a landfill. Fiocco Jr. was a freshman at The College of New Jersey and was pledging for a fraternity. There were many other exact facts that Oates borrowed and used in her fictitious story, without ever having known or met the Fiocco family. Joyce Carol Oates had no connection to the family and came across very unsympathetic towards the death of the family’s only son. Joyce Carol Oates’ insensitivity came across strong especially because she published her story approximately seven months after John Fiocco Jr.’s death. Many people who were grieving at the time, found it very disturbing that Oates published a story about it, gaining from their loss.

Evidently, this was not the first time the media and readers have heard about fiction stories stemming from real life events. Joyce Carol Oates is also well-known for her novella, Black Water, which she based off the Chappaquiddick incident, where Mary Jo Kopechne drowned in a car with Senator Edward M. Kennedy driving. Although many argue that Black Water had a purpose, and was sympathetic towards Mary Jo Kopechne, whereas in “Landfill,” Joyce Carol Oates portrays John Fiocco Jr. as a disrespectful, selfish jock. Many are still unsure why Oates wrote about Fiocco’s death and what she was trying to achieve or state when she published it.

That is the biggest question that arises in this and similar situations. Do authors have the right, ethically, to publish stories about real events and real people, making judgements without ever being an insider to the situation. If the answer is sometimes — depending on the situation, then a double standard arises.

Why can Joyce Carol Oates write about the Chappaquiddick accident but not Fiocco Jr.’s accident?

Both involved the main character as death’s victim. These are two different cases though. Black Water arguably is completely ethical because Oates is bringing to light a tragedy that could have been easily hidden from someone in Kennedy’s position and status. However, when an author brings to light something tragic that puts the victim at fault when in real life the victim was not, this is unethical. It brings to light a lie, a misconception and draws the wrong attention. Many readers do not research every story they read and great fiction is easily though of as part of our real lives. It is easy to forget when something is factiously written and those who didn’t know the real story but perhaps heard of Fiocco Jr. might have gotten the wrong idea.

When confronted, Joyce Carol Oates was short of an apology, saying, “If I had to do it all over again, I certainly would have changed some details.” With the death of Fiocco Jr. fresh in mind, it is questionable whether or not publishing the story was ethically and morally right, let alone publishing it seven months after the incident.

Fiction is thought to be work of the mind, of the imagination, something made out of one’s creativity. It is natural that we borrow from real people, real scenarios, real moments in our lives or others’ because these are the moments that lie in our consciousness and our subconscious. There is a very clear difference, though, between taking all facts and using them, creating an entire story around them, and changing just the name, and taking one or two facts and applying them to a story. There is no universal definition for how much of a true story needs to be included for a story or movie to say “based on a true story.” 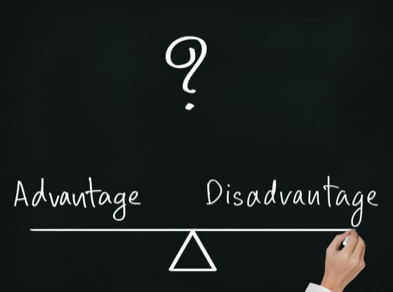 Disadvantages to writing a piece so closely to a real event often depend on how the story and the characters are portrayed. Since the writer most likely doesn’t know these people in real life, that’s when fiction comes into play. The writer is free to make these characters as mean or as selfish or as nice as she would like. In a situation like this, the writer risks seriously offending the readers and those victims. This writing comes off as rude and offensive, not to mention, when a situation finally gets attention, the worst aspect is inaccuracy.

However, the advantages often outweigh the disadvantages. This kind of writing most definitely attracts the attention of many readers because of it’s shocking effects. Shocking writing, writing that takes readers aback, is good writing, is writing that many people gravitate towards. This is also arguable the hardest quality in writing. Those readers who don’t know the true story and who don’t know it’s based on a true story are allowed to feel a wide range of emotions because the story is quite realistic (and often shocking enough to make a great story in the first place). The biggest advantage, and perhaps this is not one that is necessarily only beneficial to the writer but also those who experienced the event, is that these stories bring forth to light the horrible and sometimes masked events that society needs to know about. This education allows prevention of similar events in the future.

Does Timing Make It Okay?

There is another aspect to consider in these sensitive situations and that is time. The big uproar about “Landfill,” may have not been as big and may not have been looked down upon to the degree that it was had Oates published it a few years after the death. Of course, the way she depicts Fiocco Jr. has a huge influence on whether or not this was ethically acceptable to write in the first place, but had she waited there is a possibility that people would not have minded as much. However, Oates most likely thought this through, even a little, and decided to publish “Landfill,” when she did for a reason, and although it remains unknown, it brings up the question, why do authors use real events in their stories anyways? Perhaps to make a point, perhaps to bring awareness; mostly, a reader is deeply moved by a story when he knows it’s based off of real events and people, more so than if it were purely fiction.

“Landfill,” is not the first time that Oates’ readers see her basing stories off of real events, leading to controversial topics and debates on whether it is ethically acceptable or not. Thus, Oates’ readers can count on her to use the same technique in her future publications. Joyce Carol Oates is a well-known, and respected writer, and much of this stems from her fearless attitude to publish about controversial and sensitive topics. After all, that is what readers demand from their favorite authors. Using this technique is a strong way to bring awareness to readers and spread your opinion as an author. However, although it is unclear what her message was with her story, “Landfill,” it made for a well crafted story that was a very moving read — which, ultimately, is every writer’s goal.