K-Pop on YouTube: How the Platform Has Made it Global

When the word ‘K-Pop’ pops up, what comes to mind? Gangnam Style of course. The most viewed video on YouTube by a wide margin also happens to be classified under the genre of K-Pop, but how did this come to be? The song is in Korean, a language not widely spoken, only restricted to two countries in the world. How could a song like this become so popularly known around the world? The answer is simple; the video and accessibility of it.

One of the phrases heard most when sharing a K-Pop video with someone is “This video has a high production value”. Think of the Gangnam Style video for a moment; what makes it appealing? The colours, the dancing, and the pure weirdness (or plot) of it all make the video hard to turn away from. These three key elements are found in all of the viral K-Pop videos on YouTube, making them eye catching and easily shared among people with access to the internet, whether or not they can understand the language. An added bonus to make the song even more appealing is that one catchy English phrase that everyone can sing along to.

Taking a look at the most viewed K-Pop girl group videos on YouTube, we can start to see a pattern. I Got A Boy by Girls’ Generation, for example, is number one out of the girl group videos with a whopping 169 million views as of August, 2016. The features of this video include the aforementioned elements; colours, dancing, plot and a key English phrase.

Girls' Generation 소녀시대 'I GOT A BOY' MV

The colours are bright, vivid, and eye catching. The sets are all very vibrant with a large amount of hot pink, and the outfits the girls are wearing are also very colourful and distinctive. Often times bright hair colours and eye contacts will be worn as well for added effect, as we can see in I Got A Boy with many of the girls having chunks of bright colours in their hair, or the entirety of their pretty little heads dyed a bright, unnatural hair colour. Depending on the concept of the video the colours will vary; if the concept of the video and song is a bright, bubbly, upbeat concept then the colours will match, as they do in this video. If the concept is darker and more somber, the sets, clothing, and hairstyles will all match in colour as well.

Continuing with the example of I Got A Boy the next feature is the dancing. In this video there is a substantial amount of choreography shown that matches the upbeat feel of the song. One language commonly spoken among all audiences across the world is body language, and dance is a common dialect of it. The dancing makes the video engaging and entertaining to watch, as well as providing a common form of communication for the viewers to follow along with and start doing themselves. It’s a connector between artist and fan. Not to mention how impressive some of the choreography in these videos actually is. Awards are given out at major music video and music awards shows in Korea for choreography performance alone. The dances are a big deal in K-Pop.

What sets apart K-Pop music videos from American pop music videos is the plot of the videos. Some American pop music videos have some decent plots, but most if not all K-Pop videos have some kind of plot, some more complex than others, and all successful videos have a plot that ties in with the song itself. I Got A Boy has a simple yet effective plot that explains what the song is about without having to use much English. The song is about the members of the group each having a boyfriend, and within the plot of the video, each member goes out on a date with their boy. Simple, easy, understood. Anyone shown this video and asked what the song is about would be able to explain it without much effort.

Finally, there is the key English phrase. In I Got A Boy it’s pretty obvious what the key phrase is; I got a boy! The English phrase gives the global audience something to shout out confidently when jamming out to the song, and also is an indicator of what the song happens to be about, giving the viewer the sense of “yes, I understand this”. The phrase ‘I got a boy’ sums up the entire meaning of the song, which most key English phrases tend to do. The phrase is usually only a couple of words, kept very simple and clean so it’s easy to remember. When humming that catchy tune, the person will have some words they understand to sing as well.

These videos are not taken lightly. The money and effort put into these videos is quite immense and much more compared to most other genres of pop. The video for Come Back Home by 2NE1 has been reported to have cost 500 million KRW (~469,000 USD) in production costs, the video possessing 53 million views as of August, 2016. The budget is high, but the results don’t disappoint.

BigBang is one of, if not the, top boy group in Korea. Last year the group made their first comeback in 3 years, sweeping the charts with their songs and videos and taking home some major music awards, breaking records for the number of times a single artist has won Artist of the Year in Korea. This five member group has been debuted for 10 years now and has kept themselves current and relevant while sticking to the formula that keeps international fans hooked. It is safe to say that BigBang is the most commonly known K-Pop band among foreign fans. Undoubtedly their biggest hit has been Fantastic Baby. 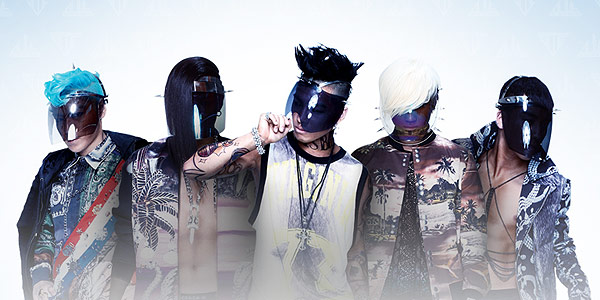 Fantastic Baby starts out with a very colourful visual surrounded by dark, somber colours, giving the viewer a direct focus on the first frame, giving a feeling of both vibrancy and dampened spirits. The colours not only are appealing and eye-catching but also aid in telling the plot of the video. The beginning of the song is a slow build, the verses getting higher in energy and impact until the bombastic chorus hits, and the colour patterns follow this pattern of events. If it’s not the set, it’s the hair and costumes that are brightly coloured. G-Dragon’s colourful ‘seaweed hair’ and T.O.P’s bright blue hair and red jacket are examples of this. By the end of the video the five singers find themselves in a colourful crowd of dancers jamming out to the end of the song, the singers themselves shedding prior black clothing and now wearing colourful jackets, ending on a high note along with the song. 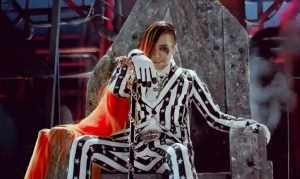 In Fantastic Baby, although no set choreography is shown we still see some dancing happening at the end of the video. The song itself is classified under electronic dance music and so the urge to dance will be there whether or not the video itself has choreography in it. The group has released a dance practice video for this song on their Youtube channel, and the choreography for the chorus of the song has become a well known, iconic dance throughout Korea, Japan, other Southeast Asian countries and among the foreign fans (this dance is known as the ‘windshield-wiper dance’). 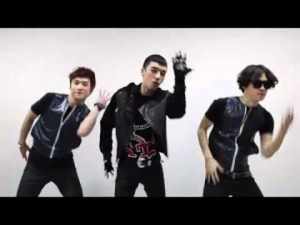 The video has a plot that is both simple to follow but also has some deeper roots than what appears on the surface. The simple plot of the video is five singers breaking free from their restrictions, fighting off the nay-sayers and letting their music live. The deeper plot of the video is five kings locked up for an unknown amount of time making their comeback and letting their music thrive, fighting off the anti-music police and reclaiming their thrones as kings of music. This deeper plot connects to the struggles the members of the group have faced in their music careers concerning scandals and hiatuses the singers have faced. This plot is a personal one for the group as well as an artistic plot, which makes a connection between artist and viewer and arguably makes this video that much more impactful. 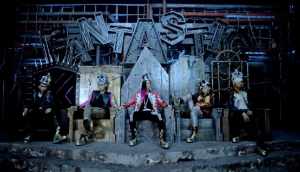 Finally, there is the catchy English phrase of ‘Wow, Fantastic Baby!’ that has become one of the most recognizable K-Pop phrases known to date. There are other catchy bits of English in the song such as the rest of the chorus; Dance! Woo! I want to dance, dance, dance, etc. The most memorable phrase however is definitely ‘Wow, Fantastic Baby!’ which hit the nail on the head for brain-washed catchiness. The epic electronic music even comes to a halt for this phrase, making it nearly impossible to miss.

K-Pop originally was popular in Southeast Asia, however with YouTube becoming the main platform for music videos to be released on with millions and millions of users on the website daily, the genre of music has expanded to wider audiences. K-Pop videos uploaded to YouTube have made the genre boom from centralized in one corner of the globe to spreading across it like wildfire. YouTube has made these videos more accessible to a global audience than ever before, and has features that make it easier to discover the genre of music and it’s videos as well.

The suggested videos that pop up on the right sidebar alone have contributed to people on the other side of the world stumbling upon the genre of music. There is a whole YouTube music chart dedicated to K-Pop now as videos are released onto the platform at a rapid pace. 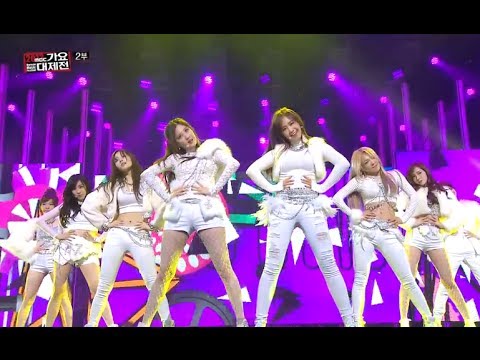 Many entertainment companies in South Korea have made their own YouTube channels where they upload their music videos, behind the scenes videos, and messages from the artists to the fans. YouTube has become the number one source for K-Pop groups to reach out to their global fans. A channel called 1theK has been created that uploads videos of smaller groups to YouTube to help get the groups more recognition as well.

Popular television stations in Korea such as SBS and MBC have made channels and post live performances from their music shows of these K-Pop songs to be shared and watched globally as well. It’s easy to find, easy to share, and easier than ever to fall in love with.

Posted on Aug 17, 2016 by
Shiah
Graduate Student at the University of Windsor studying English Literature and Creative Writing. Avid Gamer and lover of pop media in all forms.
Edited by Emily Deibler, LaRose, Misagh, Munjeera.
Follow