WARNING: THIS POST CONTAINS SPOILERS FOR ALL THE SERIES MENTIONED

It was purportedly the ancient Greeks who first established the idea of the “tragic hero.” This is generally a character who is remarkable in almost every way, capable of amazing feats…and yet defined by a single tragic flaw. This flaw is the key to any epic tragedy–Odysseus was constantly undermined by his pride and anger at the gods, Oedipus’ obsession with a self-fulfilling prophecy brought about his downfall, and so on and so forth. The idea of a defining character flaw has remained a staple of fiction in the centuries since those days, and the tragic hero has become a classic archetype. But, if we indeed began telling these stories to escape our own grim realities, why did we choose to center them around realistically flawed characters? Well, the obvious answer is that it makes for compelling storytelling; a story with a flawless hero has no stakes, after all. But there is perhaps a deeper reason that we should want to root for flawed protagonists: because we can relate to them.

We are currently living in the heyday of moral ambiguity in television, and some of today’s best series feature some incredibly complex characters–characters who take the Greek ideal to the extreme. Ask anyone who his/her favorite TV character is, and chances are the nominees will have made more than their fair share of morally questionable decisions. These are the extremely flawed characters, from series both past and present, whose stories we can’t help but become invested in:

Nucky is pretty low on this list, mainly because he exists in a series populated by a multitude of characters, most of whom are more likeable than he is. We have the troubled, brooding and oddly captivating Jimmy Darmody (Michael Pitt), the honorable but possibly sociopathic Richard Harrow (Jack Huston), the frustratingly heartbreaking Margaret Thompson (Kelly MacDonald), and many more. But Steve Buscemi’s Nucky, despite being a stubborn old man in the early stages of what could be a darker period in his life, still compels many to root for him, despite all the atrocities he’s committed. And, after all, he is undoubtedly the lead, and this is a list about protagonists. 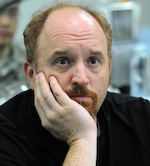 Louis CK, played by…Louis CK…is a nice guy. He’s a good dad, a decent friend, and even treats his siblings relatively well. He’s probably the least problematic character on the list, by most people’s standards. But he’s also a pretty average guy, which automatically makes him flawed. He’s lazy and a bit of a coward, and he doesn’t always make the right choices. But he’s pretty damn loveable, even (especially?) when he’s talking about how much he loves to masturbate. Actually, Louie is probably the most likeable character on the show, as most of the other characters–with a few exceptions, such as the friendly and helpful gay couple next door–are all incredibly selfish and oblivious. The thing is, the show is so cynical that even the most likeable character has enough issues to put him on this list. 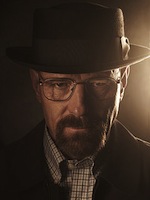 This one seems extremely obvious, but depending on who you ask, Walter White’s morality is not ambiguous at all.Many would say that Walter (played brilliantly by Bryan Cranston) is straight up evil. Now, whether or not the concept of “evil” should ever be applied to any well-written, nuanced fictional characters (and I would argue that it should not) is an argument unto itself. Regardless, we have to take into account that, no matter how you view the current incarnation of Walter White (who some would argue isn’t Walter at all, but his Heisenberg persona in full force), he began the series genuinely wanting to provide for his family: he knew he wasn’t long for this world, and so he took drastic measures to ensure the financial security of his wife and children. The drastic measures are what muddied the waters of Walt’s potentially pure motives, and the effect of this stain on conscience is what ended up coloring his growth (or decay?) as a character. Furthermore, the fact of the matter is: Walter White, in his current state, is not a force of nature. He’s not some unstoppable psychopath. He’s a man ruled by pride but filled with fear, a man who’s slipped up more than once (despite what his Heisenberg veneer may indicate), and above all, he is a man with a soft spot for at least one other human being: his former partner Jesse Pinkman. And if that doesn’t make him complex, I don’t know what does. 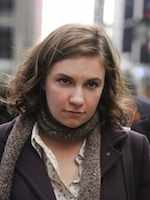 This item could be the most divisive, considering Girls is one of the most divisive shows currently airing. Hannah Horvath, played by series creator Lena Dunham, is, like the realistically fictional Louis CK, a very true to life character, and an incredibly average human being. An aspiring writer from a middle class background working menial jobs in New York City, she lives in a world of basic privilege, and yet she can’t help but feel she is being cheated by life at every turn. She sabotages every relationship she’s in, throws away every chance at success, and lacks the fundamental self-awareness required to (at least in part) remedy her life…and yet we still feel for her (or at least some of us do). Hannah is basically the human embodiment of “first world problems,” which is probably why so many people hate her, and definitely why she is on this list. That, and because she’s one of the most relatable characters on TV.

Tony Soprano, played by the late James Gandolfini, is the only character on this list from a show not currently airing. The Sopranos ended in 2007, but its influence is plainly seen in just about every great crime drama (and some other dramas) on TV today. Likewise, Tony is one of the most iconic TV characters of all time. Although, like Walter White, he was/is considered a monster by many, he did have a soft spot for animals as well as a certain sense of honor (albeit one that he didn’t always uphold). Tony definitely had a code of ethics (albeit one influenced heavily by the relatively unrealistic actions of fictional characters), but it was his inability to live up to this code that really screwed him up and turned him into the rage-fueled insecure man-child he was. But he occasionally managed to live up to his own screwed-up standard of what a man should be. Interestingly enough, one of Tony’s most controversial acts in the series, his “mercy killing” of drug-addled cousin Christopher Moltisanti after realizing Chris’ addiction could endanger the life of his baby girl, could be considered either his most noble or his most heinous, making him almost perfectly complicated. 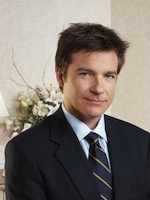 Michael Bluth (Jason Bateman) wasn’t always a bad guy–or if he was, it wasn’t immediately apparent. Sure, he was arrogant and sometimes selfish, but he really cared about his son and (like the opening titles constantly reminded us) he kept trying to keep his family together. That was in the series’ initial run, when he was essentially the “straight man” amidst a cast of delusional, hedonistic, neurotic, hopeless supporting characters. When the acclaimed sitcom was revived in 2012, picking up several years after the last season left off, Michael had been through hell and back, humiliated and traumatized despite all his efforts to keep his life stable. Now he’s just another lying, scheming Bluth, and his decision at the end of the fourth season to knowingly sleep with his son’s girlfriend is undoubtedly his lowest moment. Michael is no longer the competent, level-headed centerpiece keeping the Bluth family afloat amidst catastrophic seas. Whether that’s for better or worse is another question, but there’s no doubt that the once “normal” Bluth has become just as morally twisted as the rest of his iconically depraved family. 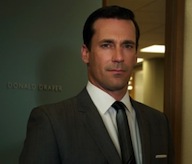 Don Draper (Jon Hamm) is perhaps the most complicated character in all of television, protagonist or otherwise. In keeping with the show’s whole “identity crisis” theme, Mad Men‘s lead has so many sides to him that no one is quite sure who the real Don is, not even the man himself. He began life on a farm as a bastard named Dick Whitman, but arguably embarked on his true journey–the one that would lead him to become the Don Draper we all know–in a whorehouse in Pennsylvania. During the Korean War he found a new identity, cut off his old one at the roots, and began floating aimlessly until he landed a job at Sterling-Cooper. Ever since then, Don has bewildered many with his seemingly unpredictable behavior. He can be a perfect gentlemen or a manipulative bastard. He’ll cheat on his wife, then come home and tuck his kids into bed. It can be argued that he’s either the hero or the villain of the show. But most importantly, don is a man in crisis within himself: this man, whoever he is, no longer wants to be Don Draper. But he’s stuck… for now. Anyway, it’s complicated.

So it’s no secret that morally ambiguous protagonists are all the rage, as television audiences can’t seem to get enough of the likes of Walter White and Don Draper. But, if so many years ago we did indeed begin telling stories about tragically flawed, sympathetic heroes to make all those epic tales of escapism a bit more relatable, why did we end up populating our fictional universes with messed-up characters like these? Surely we can’t really relate to adulterous 1960’s ad executives and murderous 1920’s gangsters? Unless… could it be our humanity–our flawed, flawed humanity–that connects us, regardless of time or place? Could it be that we’ve made some progress since ancient times, and we’re truly ready for mature storytelling? Or could it be that we’ve just decided that murder and adultery are cool, and this whole “complexity” thing is just another trend? Only time will tell…

But if the Greeks were right, we’re all doomed anyway.

Posted on Sep 11, 2013 by
Sam
If you found this page by namesearching me, know these articles are meaningless fluff and don't reflect my current opinions. Sadly the admins refuse to delete them. Sorry!
Follow