The Music of Doctor Who: 6 Themes and Variations to Get You Hooked

Everybody has a different story as to why and where they started with Doctor Who. One person’s friend convinced them to watch Blink, and got them hooked. Another person happened to turn on the TV while Vincent and Doctor was showing and couldn’t turn away from the feels. Yet another made a deal with a friend – they would watch Doctor Who if their friend watched Avatar (which I still haven’t gotten around to… erm…).

Why did I start watching Doctor Who? Actually, I started with the Eleventh Doctor, and in case the title of the article isn’t a big enough hint, I started watching entirely because of the music. I’d managed to read an article on a soundtrack review site for series 5 of Doctor Who, and the music was rated 10/10. This was pretty near impossible at the time for that site, so I decided I absolutely had to listen to the music.

The first song I heard was Words Win Wars.

Within a week, I’d finished watching series 5 and had quickly moved onto series 6, before catching myself in the deadly mid-season hiatus. In the intermediate time, I’d caught up on series 1-4, as well as finding out about the classics and, of course, spending a great deal of time listening to and analysing the music. Soundtracks and character themes has to be one of my favourite things in the world, and I’m not ashamed to say that I’ve found myself watching many movies, TV shows or playing video games entirely because of the music.

With all of that said, I am of course going to the 50th Anniversary Doctor Who proms this July, because for a fan who started with the music it’s just too good an opportunity to miss. And as a fan who started with the music, I thought it would be worthwhile prepping everyone for the proms by discussing six of the themes in Doctor Who and the ingenious ways in which Murray Gold has varied them. So… without further ado: 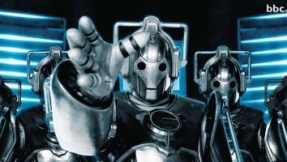 It was quite tricky for me to figure out whether to discuss this theme or that of the Daleks. Both are certainly brilliantly done and extremely iconic, but in the end I have to admit that the theme of the Cybermen has much more going for it in the way of variation. It’s only really six notes, and yet it has a lot behind it. When we first hear their theme in the appropriately named track The Cybermen, we begin with a theme that is almost mechanical, rigid, with a great deal of momentum. But at the same time it’s slow, there’s something almost tragic in the music. Despite their later appearances, the basic concept of the Cybermen in Rise of the Cybermen and The Age of Steel frightened me more than any of the other monsters in Doctor Who, even the legendary Weeping Angels, and the music certainly played its part in building this unsettling travesty.

Fast-forward a few years past series 2 and we have the return of the Cybermen in ‘The Next Doctor’. In the track ‘Not the Doctor’, a very grandiose, Classic-Doctor feeling theme, we have the ghost of the Cybermen cropping in, playing alongside the rest of the music in a beautiful manner that makes it almost hidden. Once again, there’s a sadness in the theme, but we also hear something that the Cybermen’s theme is particularly good at – subtly creeping in on another piece, just edging through as we see the flash of a face or the hint of an arm. The theme is again used this way in The Pandorica Opens, in the track Beneath Stonehenge – just one playthrough of the six notes, reminding us that the Cybermen haven’t quite left yet.

Beyond that, though, the music in ‘The Next Doctor’ is hardly subtle and creepy. The musical highlight of the episode – and certainly my favourite rendition of the theme – is ‘The March of the Cybermen’. This version feels like the Cybermen theme unleashed; there’s no reservation here, no travesty or darkness or sadness – this is a grand, speeding-train sort of a theme. There’s momentum, there’s grandeur. These aren’t the Cybermen who bide their time converting people like a plague – these are the Cybermen who launch a ridiculous full frontal assault on Victorian London. You have to admit, they do it with style.

Doctor Who Specials Disc 1 - 10 The March of the Cybermen

River’s ‘theme’ is an odd one. She really started off with several little themes, which focused more on a common emotion than an actual common tune, that would later become one as her plotline became more significant. When we first meet her – or, rather, when she last meets us – River’s theme is the mysterious and sad The Song of Song. It certainly fits the character, but is replaced by more militarised themes, River’s Path and River Runs Through It in Series 5. The mystery and sadness returns in A River of Tears, with the wonderful reversing effect that perfectly characterises her (almost) inversed timeline. Still, there’s nothing cohesive to make us say “this is River Song.”

Until series 6. In Series 6 we’re presented with The Impossible Astronaut, Melody Pond and The Enigma of River Song, among a multitude of other tracks, which really solidify an emotional base for River’s themes. Haunting, mournful, and yet with a touch of wonder in them (particularly that fantastic end to Enigma). The themes are less a mirror of the outer character as they are in tune with her inner feelings and thoughts. All of this comes together in a splendid manner in what we could call River’s grand finale, The Wedding of River Song, which brings together different themes built up over the series, but more importantly maintains that emotion that is so very River. Although it’s hard to tell whether the same motifs are used or not (several are), you know that this is a song of Song.

Gallifrey’s theme is first heard with the return of the Master, in the popular song This Is Gallifrey: Our Childhood, Our Home. It first enters throughout Utopia as small hints and snatches of a song, but builds into its full glory in The Sound of Drums, as the Doctor recounts his history. It’s a magical, nostalgic theme, with a great sense of wonder to it, and one of the favourite themes in the whole series (used to wonderful effect in the 2010 Proms, to follow the regenerations of all the different doctors). From thereon in, it becomes not just the theme of Gallifrey, but a theme for the Time Lords as a whole. As such, it’s significantly used in The End of Time, in the rather more sombre Gallifrey as well as in the grander, more militarised The Council of the Time Lords.

My favourite arrangement of the theme has to be the most recent, played as a simple fanfare in the opening of The Name of the Doctor, in that wonderful First Doctor cameo. It continues throughout the piece, weaving in and out of the Doctor Who theme itself, and unlike its other incarnations it isn’t sombre, nostalgic or with an edge of darkness. It’s more triumphant – not a look back on Gallifrey so much as Gallifrey as it happened. Needless to say, I can’t wait for the series 7 soundtrack to be released.

Possibly my favourite piece in the entire series is Little Amy. It is, like Amelia and like Amy’s story itself, a fairytale, and perhaps the perfect sound to open with for anybody new to the her character. The chimes, the vocals… the tune sends shivers down my spine. It’s also one of the most recurrent themes in the series from 5 onwards, and it isn’t even Amy’s only theme. Amy’s second theme, for the older Amy, the ‘true’ Amy, not as the Doctor sees her but as she sees herself, is the aptly named Amy’s Theme. It’s a more mature sound, Little Amy grown up, more mournful, perhaps, but with the magic still alive.

I can hardly recount every single instance of Amy’s themes, but suffice to say they’ve had their fair share of variety, from the emotional tracks The Life and Death of Amy Pond and Fragrance, to the older, more broken 36 Years. With the exit of Amy in series 7, we’ve been offered even more powerful (but currently unnamed) renditions, notably the music which plays at the end of The Doctor, The Widow and the Wardrobe, which is probably my favourite version of Little Amy.

The Doctor’s Theme is, surprise-surprise, the theme of the Doctor, specifically in his 9th and 10th incarnations. It’s introduced in series 1, and is a haunting, quiet theme, with a single vocalist, acting as a sort of passage to the darkness of the Doctor’s past and whatever happened in the Time War. This theme returns in series 4 as The Doctor’s Theme Series Four. This time, it’s not just a single voice, and although it remains emotional and haunting it’s something more. It’s grand, it’s powerful, it’s… well, it’s Ten, really. The theme reappears in Turn Left, in an almost broken way, not quite there – perfect for the parallel universe that killed Ten. Of course, the most impressive rendition of the theme is during the climax of Vale Decem, a perfect farewell for Ten as the Eleventh comes in. However, the end of Ten does not mean the end of the theme – there is, for example, another track during The Doctor, the Widow and the Wardrobe which has both Eleven and Ten’s themes running alongside each other.

I feel it necessary to mention The Doctor Forever here, which is also a rather varied theme of 10. I would normally describe it in further detail, and cite a few variations, but as this theme is also the same as Martha’s Theme (though with the personality of Ten), it’s hard to say that this really is purely ‘the Doctor’s theme’. Nevertheless, it’s worth a listen; it’s excellent.

The Eleventh Doctor has two themes, I Am the Doctor and The Mad Man with a Box. The former is probably the most varied theme in the entirety of New Who, probably even the series as a whole, so it’s absolutely impossible to discuss any music from Doctor Who without discussing this theme.

I Am the Doctor actually began its life in the specials, as All in the Balance. It soon returns, as right after the sadness of Vale Decem we are tossed into the faster paced beginnings of Eleven’s theme, The New Doctor.

The two songs of these themes worth mentioning are the mad fun (and later darkness) that is Time is Moving, and the much, much more emotional tune of You and Me, Amy, which accompanied what I still say is Matt Smith’s finest acting yet.

So what do you think? It’s a pity I can’t go into all the themes in as much detail as I’d like (not to mention the unfortunate sacrifice of All the Strange, Strange Creatures), so tell me – what themes and variations interest you the most in Doctor Who?

See you at the Proms!

Posted on Jul 9, 2013 by
Joshua Sammy
I sit awkwardly somewhere between the arts, the sciences and my new-found love - languages. I'm obsessed with Doctor Who, film scores, Discworld and just, well, stuff.
Follow