The Novel: The Finitely Infinite Form

The novel has already proved itself to be as infinite in genre, style, and subject matter as human experience itself, perhaps more diverse and more liberated than any other medium. From Daniel Defoe’s creation of the novel of character to Georges Perec’s omission of the letter “e”, from the removed third person narrators of Charles Dickens and Jane Austen and Victor Hugo to the immersed stream-of-consciousness of James Joyce and Virginia Woolf and Ralph Ellison, from the restrained novel of manners to the extravagant Gothic to the sprawling Romantic to the experimental post-modernist to the implicitly political to the intricately metafictional, it is the very shape-shifting nature of the novel that makes it so difficult to define, whilst simultaneously standing testament to its limitlessness. It is impossible to mention every form the novel has taken from its beginnings in the early 18th century to the present day, let alone touch upon every genre it has formulated, every style it has stretched, every subject it has explored.

Despite this, the patterns that emerge when scrutinising those novels that are part of the Western canon, the classics that are broadly studied on English literature courses and held up as being artistically valuable, restrict the rich diversity the novel has to offer. The fact that there is such a thing as canonical literature in the first place limits the development of the novel as a form; the classics saturate our culture to such an extent that real life begins to mimic and reflect common tropes, stereotypes, and ideologies found within this small selection of novels. 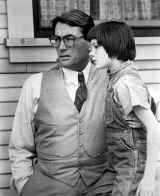 According to the Center for Learning and Teaching of Literature, the ten books most frequently taught in high school English classes in the USA are: Romeo and Juliet, Macbeth, Huckleberry Finn, Julius Caesar, To Kill a Mockingbird, The Scarlet Letter, Of Mice and Men, Hamlet, The Great Gatsby, and Lord of the Flies. Although six of these ten books feature women (Juliet Capulet, Lady Macbeth and the three witches, Scout Finch, Hester Prynn, Ophelia, Daisy Buchanan and Jordan Baker) as main characters, only three of these women (Juliet Capulet, Scout Finch, Hester Prynn) are the protagonists of the novels they are featured in. Juliet is not even the sole protagonist of Romeo and Juliet, it could be argued that Scout is merely the narrator of To Kill a Mockingbird, with Atticus Finch as protagonist, and the strength of Hester Prynn lies more in anti-Puritanism than anti-sexism. Only one of these ten novels (To Kill a Mockingbird) was written by a woman. Only three of them (Huckleberry Finn, To Kill a Mockingbird, Of Mice and Men) feature people of colour as key characters, and the representation of these people of colour is problematic in many ways. Not a single one of these ten novels features an explicitly LGBTQ+ character.

Of course, as students progress to higher levels of education, the range of novels studied in literature classes becomes more diverse, with the option on university literature courses of studying specific genres or time periods or themes. But how many people choose or have the choice of going to university? And how many of those people specifically study literature?

Those that do are often still faced with almost exclusively heterosexual, white, male protagonists, written by heterosexual, white, male authors. Novels that do feature female characters, such as Portrait of a Lady and Madame Bovary, are still written by men and enforce Laura Mulvey’s theory of the Male Gaze, lending a voyeuristic feel to the representation of women. Jane Austen, George Eliot, and the Bronte sisters are perhaps the only exceptions to this, but their texts are just a wave in amongst a sea of novels that exclude women, and all of them focus in some way on marriage plots, as though women are incapable of leading a story that does not involve men. Feminist authors like Virginia Woolf and Jean Rhys and people of colour authors like Chinua Achebe and Haruki Murakami are confined to classes focussing specifically on modernism or post-colonialism or the specific time period in which they were writing; they rarely appear in more general classes intending to give an overview of the novel as a form. Representation of characters and/or authors who identify outside of the gender binary is scarcer still.

Today, the male-dominated canon has been somewhat overwhelmed outside of academia by novels preoccupied with romance. There is absolutely nothing fundamentally wrong with a plot focussed on romance. Love is and always has been a universal theme in literature in some form or another. It is once again the limitations that have become apparent within this broad and potentially infinite form that are problematic. 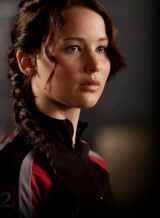 The young adult novel, a form of the novel currently considered notable for the way in which it explicitly tackles important and meaningful themes such as mental illness and sexuality, is particularly guilty of being surprisingly limited in representation. An alarming number of YA book covers feature white, heteronormative couples. Frequently, any person of colour who is a protagonist in a novel is whitewashed on the front cover and/or in subsequent movie adaptations, such as Katniss Everdeen in The Hunger Games. This is so the reader is able to identify with the protagonist and empathise more poignantly with their story, but it thereby assumes a white, heteronormative reader and excludes any reader who does not conform to this supposed societal normality, further marginalising already marginalised groups of people.

This marginalisation is immediately obvious for LGBTQ+ people seeking representation in literature. Most book shops place LGBTQ+ literature in a separate section from mainstream fiction, which is frequently labelled as Gay/Lesbian Literature, excluding every person who identifies as a different sexuality and mislabelling any other sexuality that happens to be featured in the literature placed in this section. Queer Literature would be a more inclusive title, but the use of the word queer by heteronormative people is problematic and offensive, as the word itself is a reclaimed slur and should only be used by people who identify as such. The fact that there is a separate section for LGBTQ+ literature is in itself arguably harmful, as it sets up the representation of the sexualities featured in these novels as being inherently and fundamentally different, and perpetuates the problematic idea that heterosexuality is some sort of default sexuality that everyone is born as identifying with and LGBTQ+ people somehow deviate from. But the alternative is to have to search through a sea of heteronormative romances when specifically looking for LGBTQ+ literature, and questioning what even constitutes LGBTQ+ literature in the first place brings up further problems.

Until recently, novels – particularly young adult novels – that do feature LGBTQ+ characters are frequently solely about that character’s sexuality. While it would be just as problematic to write a novel in which an LGBTQ+ character’s sexuality was not represented at all (Dumbledore in the Harry Potter series is a quintessential example of this), focussing solely on their sexuality suggests that there is nothing more to an LGBTQ+ person than their sexuality, which is of course a ridiculous and harmful notion to perpetuate, even unintentionally. 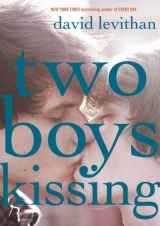 It is getting better. Representation of marginalised groups of people is slowly growing in modern culture; David Levithan’s new young adult novel Two Boys Kissing features exactly that on the front cover, and there are university classes being taught about homoerotic narratives in canonical novels such as Sherlock Holmes and Les Misérables. These are just two examples; with a little research, more become evident. Progress is being made, and that progress should be highlighted and celebrated alongside criticism regarding a lack of progress.

Because it is still not good enough. PBS’ Independent Lens found that “3 percent of the decision-making in media comes from women. That means that 97 percent of how women [and people of other genders] are portrayed is decided on by men”. The Guardian found that in the past 19 years, there have been “257 Academy Award-nominated portrayals of heterosexual characters, and 23 of gay, bisexual or transsexual characters. Of the heterosexual characters, 16.5% (59) die. Of the LGBT characters, 56.5% (13) die. Of the 10 LGBT characters who live, only four get happy endings”. Literature tells a similar story, and literature, film, TV, and music all saturate our culture and contribute to the formation of our ideologies in equally important and pervasive ways. It is impossible to argue that fiction is not important in real life. Marginalised groups of people need more and better representation in fiction in order to achieve equality.

It is getting better, but it is still not good enough, and it is so important that it does become good enough, and soon. The novel, the infinite form that seems thus far determined to restrict itself to limited finiteness, is the perfect starting place for instigating change.

Posted on Jul 20, 2013 by
A
Contributing writer for The Artifice.
Follow