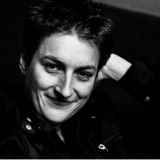 Great art is often created by the harshest demons imaginable. That’s why some of the greatest artists have passed too soon and often before critical fame is reached. In America, Sarah Kane is rarely a name mentioned in terms of artists gone too soon, but she should be. Known mostly for her playwriting, Kane wrote five plays before her death in 1999. Those five plays are in constant production around the world, mostly in Europe and South America. Her work is known for their extreme themes and their dreary outlook at life.

Kane’s first play, Blasted, premiered with controversy after covering the subject of rape, both of a man raping a woman and of a man raping a man. The play was first met with poor reviews with one critic calling it “a poor attempt at shocking an audience.” It was compared to Edward Bond’s play, Saved, another play that had been met with controversy as it featured a baby being stoned in its crib. Bond defended Kane and her talent. In 2002, three years after Kane’s death, the production was revived and was met with better reviews, with many critics retracting their harsher reviews.

While rape is a subject often covered in modern plays, it is rarely done as graphically as in Blasted. This alone made her a pioneer in “in-yer-face theatre”, a 90’s movement that was meant to push the boundaries of conventional theater. Emerging from Great Britain, this category of theater is often taught in American colleges today. The goal, or one of the many goals, is to make the audience uncomfortable and to make them forget that they are at a play. A play covering rape and the horrors of war, as well as the media’s coverage of those, did just that.

While “in-yer-face theatre” isn’t taught in all schools, the experimental style has been compared to “agitprop theatre”, a form of political theater meant to provide change through performances. While different in many ways, Sarah Kane’s work was made to inspire change by showing the truth in terms of the rape and other violent acts that occur in the world. Both, when done well, are meant to stare the audience in the face and show them injustices in the world. “In-yer-face theatre” can often be perceived as pro-violence, but it can also be dependent on how the director decides to use the playwright’s work.

Kane’s use of rape caught the media’s attention and was reported on in several papers and tabloids. The newspapers, she said, were more interested in her portrayal of violence instead of the violent acts she wrote about. Kane said that her use of violence was not set out to shock, but to tell the truth. Kane’s portrayal of a journalist, while nihilistic, mostly leads one to question Kane’s relationship with her father, who was a tabloid journalist. The animosity seemed more towards her father’s profession than he himself as she once said that critics felt it was their job to destroy artists. This belief was more than likely expanded upon when the media almost universally criticized Kane’s work.

Kane wrote for the screen once, a short film that aired in 1995. At 11 minutes, Skin follows a skinhead, played by Ewen Bremner, who finds himself in love with the very thing that he hates. The film is brutal in its depiction of violence and sex, but warrants a watch from fans of gut-wrenching films. The most staggering aspect of the film, though, is its depiction of love. Skin is a love story, but not in a conventional way, because rooted in both of them is an intense hatred for what the other is. Bremner, through Kane’s dialogue, was able to add a small bit of humanity into a character drenched in hate. While all of Kane’s plays deal with a fragmented or distorted form of love, Skin makes it the most prominent piece in that it shows love, or lust, as violence. For most, this film is the easiest way to see a work of Kane’s and her use of extreme topics. Like Blasted, the film also touches upon suicide.

Another of Kane’s plays was Phaedra’s Love, an adaptation of Seneca’s Phaedra. The play differs from the source work in two major ways, the first being a shift in central character. Phaedra’s Love follows Hippolytus, while the original focused mostly on Phaedra. While Phaedra featured violent action, it occurred off stage. Kane took the violence and brought it onstage in her adaptation. Both plays are both about Phaedra’s love of Hippolytus, her stepson.

Phaedra’s Love looks at another form of unconventional love, this being of a man and a motherly figure. Incestuous love, or pseudo-incest, was common in both Greek and Roman plays, but Kane was able to create a play that was accessible for the 1990’s. These kinds of relationships happen in today’s society, and this play still speaks against those distorted values in a way some might consider just as repugnant as the actual act. Her goal, like her previous goal with Blasted, was to show these heinous acts in an unflinching, realistic way. Like all tragedies, both Phaedra and Phaedra’s Love end with several deaths, one of which is a suicide.

Phaedra’s Love, like the majority of Kane’s plays, does feature brutal stage directions, some being characters cutting off appendages. In an interview, Kane said that she wrote the directions feeling as if they would be the director’s problem to work with. While she felt this with the previous plays, she ended up directing Phaedra’s Love and found the directions were difficult to follow. It was a challenge that she said to have enjoyed, though, and a reason why she continued writing such harsh stage directions.

In spring of 1998, Kane’s Cleansed premiered. The play takes place in what Kane described as a university that functions more as a concentration camp. The play features a group of people that undergo cruelty as their love is tested and challenged. It was the last of Kane’s plays to feature stage violence. Cleansed, like Skin, deals with love in a way that is not similar to most written work. The play’s antagonist, Tinker, is set on destroying the group’s love of one another. To destroy ones love is to leave them a shell and the power of love is strong and difficult to destroy. Despite the gruesome nature of the play, this one might have the most positive message, depending on how one perceives it.

Kane’s next play, Crave, was a departure from nearly everything that made Sarah Kane a well-known playwright. The violence was gone and the narrative style had changed, but the depressing view of love remained. It also touches up rape, incest, murder and once again, suicide. Crave is psychotic and haunting, yet the poetic phrasing sets it apart from Kane’s previous work. She left many aspects open to interpretation, the biggest being the character’s sex. The play also has no stage directions, which differs greatly from Kane’s previous stage direction driven works. Kane said that she drew most of her inspiration for this from both the Bible and T.S. Elliot’s The Waste Land.

While suicide is a theme found in most of Kane’s plays, it reaches its tipping point in her final play, 4.48 Psychosis. Written shortly before Kane’s suicide, 4.48 Psychosis follows a clinically depressed person and their desire to die. The play can be difficult to watch, and some lines are bound to cause chills. At one point, the main character mentions wanting to overdose, slit their wrists and then be hanged. The reason that this line is so chilling is the fact that Kane hanged herself two days after a failed overdose. This play, like Crave, used a poetic structure, in both words and formats.

The play’s lack of structure seems to have been caused by Kane’s deep depression as the majority of the play, if not all, was written around 4:48 AM, when Kane would often wake. Kane, along with many depression sufferers, was not able to get adequate sleep, which could have inspired the play’s unconventional structure and pained story. Despite this, Kane’s final work was able to break through conventional theater in more ways than her previous work could, which can partly be attributed to her suicide.

4.48 Psychosis premiered posthumously, meaning Kane was never able to see her final play performed in front of an audience. Some critics, and audience members, recognized the play as a suicide note. Others, including Simon Kane, brother of Sarah Kane, expressed their belief that the play was a work of art unrelated to Sarah’s death. Despite that, the play has become popular with some due to its timeliness towards Sarah Kane’s death.

The demons of depression may have inspired the greatest works of all-time, but none have been so clear than in Kane’s six works. Her body of work is a painful reminder of how depression can fester and grow until an early, untimely end. Sarah Kane was fearless when writing on the subject of rape and death, and that can scare audiences. But for those who can look past the pain, it’s clear that Kane knew how to write exciting plays.

Some writers write about what is beautiful in the world, others write about the horrors of everyday life. Kane did neither; she showed the world the terrible atrocities that can happen in not just words, but in actions. She might never be compared to Shakespeare, but in terms of modern theater, she is among the best. In four years, Sarah Kane did more for theater than some playwrights do in their 30 years of writing. Due to their extreme nature and unique style, Kane’s plays will live on.

Posted on May 29, 2013 by
Austin Bender
I attend college in hopes to one day work in film or theater, but until then I write reviews on the subjects I love.
Follow