Sherlock Season 4: Why You Should Hope the Finale is not True

Obligatory spoilers warning! There will be a lot!

The third season of Sherlock was a lot like the first two seasons. Brilliantly written, engaging stories, and a shocking finale to leave you hooked and desperately waiting on edge for the next season. However, the third season finale brought with it something the other two finales did not have: Implausibility.

The first season ended with the climatic and tense first meeting of Sherlock Holmes and James Moriarty. The second season ended with the suicide of Moriarty and the brilliantly faked death of Sherlock Holmes. Both of these finales were intense and, more importantly, grounded in reality. The last episode of the first season, “The Great Game,” was an elaborate game that Moriarty constructed as a way to get in contact with Sherlock. Perfectly executed, sensible, and gave a lot of new insight into the characters of Sherlock and Moriarty. The even better season two finale, “The Reichenbach Fall,” ended with the shocking suicide of Moriarty that forced Sherlock to elaborately fake his own death in order to spare the lives of his friends.

As expected, the season two finale left behind the massive question, “how did Sherlock survive?” The internet was buzzing with theories, many of which were quite convincing, others involved love triangles between Sherlock, John, and Moriarty (fanfiction.net isn’t written by very attentive fans) . The first episode of the third season, “The Empty Hearse,” revealed how the seemingly impossible task was completed, and it was clear that the faked death was handled with care and thoroughness.

If you rewatch the “The Reichenbach Fall”, you see that many seemingly insignificant scenes near the end, were in fact, necessary steps that Sherlock created in order to complete his suicide ruse (the truck blocking John’s view, the bicycle crash, etc.). These small scenes were proof that the writers were in complete control of the scene and the story.

However, the third season finale was, by far, the most shocking of the three finales. That is because the finale is impossible.

In the finale, “His Last Vow,” we find out that Moriarty, is in fact, alive after he hijacks every television screen in Britain in order to broadcast his message, “did you miss me?” As was expected, the whole world lost their collective mind at this, quite frankly, unbelievable twist. Moriarty is one of the best written characters of the show, and arguably, the most interesting character. So, having him return is a real treat and will no doubt further establish the show’s continuing trend of excellent storytelling and character design, right?

After the euphoria wore off following the reveal, a feeling of doubt should be the next logical emotional state. How is it possible Moriarty survived? Yes, Sherlock managed to fake his own death, but we were treated to numerous scenes in the third season that showed Sherlock was already in a state of preparation and awareness. Sherlock knew, even before he went on the roof to meet with Moriarty, that faking his death was a very likely conclusion.

Moriarty did not have that luxury.

Moriarty’s suicide was a spontaneous act that he was forced to resort to after discovering there could be a way for Sherlock to coerce him into giving him the call-off code for the assassins. To put it simply, there was a chance Sherlock could win, and it was clear at the moment he fired the gun into his mouth that Moriarty would rather die than lose. That is what made Moriarty such a unique and captivating character. His complete lack of fear, his unpredictability, and that fact that he was the only person that Sherlock was never able to fully understand. He was an enigma.

All of these fantastic personality traits of Moriarty combined with the spontaneous nature of his suicide makes his death all the more certain. But, for argument’s sake, we say that the fourth season does bring back a perfectly alive and health Jim Moriarty. The character of Moriarty may return, but all the unprecedented insanity and unique characteristics that Moriarty showed us when he blew his head off (and the things that made everyone love him) are gone. Except the head. That would probably come back.

The Moriarty of old, a man so insane that he would sacrifice his own life to see Sherlock end his, would be gone. In his place, we would have a new Moriarty, who may share his bizarre antics and hatred for Sherlock, but he would lack the insanity and single-mindedness. He would be like Sherlock, in that he would be a man who has a sense of self-preservation and a brilliant mind that enables him to see so far ahead of others that he could convincingly pull off his staged death. That is not a bad character by any means, but we are already treated to that particular character with Sherlock.

What made Moriarty such a great character was that he was not Sherlock. He was his opposite. True, they may share certain traits, but at their cores, the two men are like different species. This was all shown to be true when Moriarty committed one of the greatest twists in TV history by killing himself. By bringing Moriarty back, they are not only nullifying the brilliant twist that was done in the season two finale, they are weakening the character of Moriarty.

Speaking of weakening characters, the season three finale would not only weaken Moriarty’s character, but Sherlock’s as well. It was likely that the (seemingly) obvious intent Mark Gatiss and Steven Moffat (the creators of Sherlock) had when writing the third season finale was to further establish that Moriarty is the intellectual equal of Sherlock.

However, by resurrecting Moriarty, they aren’t showing his brilliance, only Sherlock’s incompetence.

Over the course of three seasons, we have been shown extraordinary scenes that highlights Sherlock’s observation skills. In “A Study of Pink,” Sherlock knew the gun that was pointed at him was not a real gun. So, did Moriarty survive by using a fake gun? If accuracy is valued in the show, then definitely not, or else Sherlock would have spotted the difference immediately.

In other episodes, like “The Hounds of Baskerville,” where he was covered in blood after performing a test studying blood splatters, and “The Sign of Three,” where Sherlock analyzes the attempted murder of the victim by judging the pool of blood around him, we are shown that Sherlock is familiar with blood at crime scenes and can analyze blood splatter so accurately that he can set up the crime scene, prove how the victim was attacked and with what kind of object, and in the process, make Dexter Morgan somehow look stupider than he looked dressed as a lumberjack. So, did Moriarty trick Sherlock with fake blood? If we are to trust Sherlock’s observation skills, he would have known if the suicide was legitimate by studying the blood splatter.

So how is it possible that Moriarty could fake his seemingly clear-cut suicide while he had the watchful eyes of the most brilliant detective actively looking at him while he did it? If it seems impossible, that is because it should be!

Moriarty’s suicide was the greatest scene Sherlock has ever created. By showing it was all an elaborate ruse and not a real glimpse at the unfathomable insanity of Moriarty, that scene is ruined, and ruining that fantastic scene should be a criminal act. Assault on artistic integrity.

While many Sherlock fans count Moriarty as their favorite character and were delighted to see his apparent return, in the long run, every true fan should hope that he stays dead. True fans of Moriarty would rather Moriarty stay dead in order to protect the integrity of his character and Sherlock than be brought back to life as a way to appease many fans and cash in on an already established character.

This article is not a critique of the season three finale, but a warning of what will come to be if the finale takes the seemingly obvious route. There is sure to be at least one fantastic way to handle the third season revelation with dignity, care, and accuracy (article for another time) and you should not have doubt, but utmost faith in the minds behind Sherlock. If there are any people alive who care more about this show and its integrity, it is the creators of the show, Steven Moffat and Mark Gatiss. 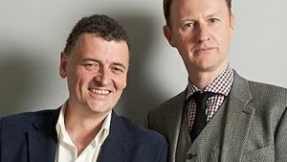 Good luck with season four, boys, and know that the Sherlock fanbase will always stand by your decisions. Though truthfully, we would prefer to stand next to only great ones, which we are accustomed to after three seasons of Sherlock.

Posted on Jan 30, 2014 by
Dennis Fulton
I'm a huge anime/manga/tv nerd and looking for a website to vent my thoughts and opinions. Follow me on twitter @yesdennisfulton.
Edited by Dale Barham, Misagh, Robert Humphrey, Tyler McPherson.
Follow