Superman: Too Perfect For the Modern World? 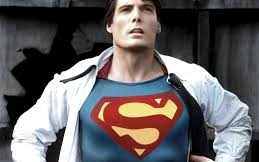 I’ll always remember when I saw the first Superman film, directed by Richard Donner and released over a decade before I was born. It blew me away. Yes, I was only eight or nine, maybe ten, and easily impressed by simple, passé things like seeing a man fly, but I stand by the original assessment I gave while sitting cross-legged on my living floor; it is amazing. Even now, the original Superman film holds a place in my heart reserved for those things in childhood which make you gasp with wonderment and awe. So much so that I can watch it even now and marvel (geddit, ‘cos he’s DC) at how well it holds up. It still has a certain naïve magic in the unassuming perfection of Christopher Reeve as Clark Kent before the cruelty of the world confined him to a wheelchair, Margot Kidder as a gorgeous, feisty Lois Lane prior to the full revelation of her mental health issues, and Gene Hackman having a whale of a time as a villain whose plan makes exactly no sense. Superman a wonderful, bold, Technicolor extravaganza where time is somehow tied to the rotation of the Earth and you really will believe that a man can fly. There really is only one problem with the film: there’s simply no room in the world anymore for moral and personal perfection.

So, while I have nothing but love for the 1978 film, I must concede that Superman lacks some of the sheen that he once had as a character, and I don’t think this is the fault of anyone in particular, least of all Superman himself, it is simply a reflection of the times in which he was created. Superman originated in The Great Depression, a time where the mass, populist entertainment of the American people seemingly had very little room for darkness. People wanted certainty: they wanted their good guys good and their bad guys bad. They wanted Shirley Temple and Mickey Rooney, sweeping romances and precious little ambiguity. It was escapism for a time and place from which any of us would want to escape and a way for young boys to vent some of their frustration at the world around them. It’s telling that in Michael Chabon’s novel, The Amazing Adventures of Kavalier and Klay, which was set in the late thirties and early forties and centred around two Jewish boys creating a superhero comic, the name of their character was The Escapist.

If you were a boy in the 30s when the character was created, you didn’t want to know about the internal turmoil and complex motivations of your hero, you just wanted to see him whaling on some bad guys and saving the day. As such, Superman has a sense of moral certainty, of absolute right and wrong, woven into his DNA. He has bold adventures in bold colours, drawn with thick strokes and little subtlety. Any attempt to deviate from this pattern needs to be done with utmost skill, else it risks undermining what makes Superman so engaging. To take a character too far from what made that character great in the first place is always risky business, and this is especially true of a character as iconic as Superman.

This creates the previously mentioned problem in that, as a culture, we’ve grown far too hard and cynical to simply accept someone as perfect. All of our idols are shown to have cracks: John Lennon hit his wife and abandoned his child, Ghandi was quite possibly a sexual deviant, Martin Luther King Jr. shagged anything that moved, Jimmy Savile, famous for his work with children, has been shown to have been a serial child-molester, Michael Jackson quite possibly had similar perversions, JFK… well, I could go on. Perhaps, though, the most potent demonstration of the fallibility of the seemingly infallible lies in the fates of those who have played Superman. George Reeve was so psychologically damaged that he committed suicide and Christopher Reeve, the man who could fly, spent the last decade of his life unable to even move his arms.

The outcome of this seems to be that we cannot blindly trust the motivations of anybody, least of all our superheroes. This is why modern superhero films have precious little which can be taken at face value: they feature fleshed out characters, with genuine fears and insecurities, rather than grand, shining golden beacons. Our heroes, it seems, can no longer afford to be godlike, and must instead be fractured, deeply fallible beings, relatable as people we could imagine and understand. Where, then, does this leave Superman as a character? Surely, simply to make him a dramatically viable character in the 21st century, some work needs to be done to add depth and demons to the otherwise flawless Kryptonian demigod. 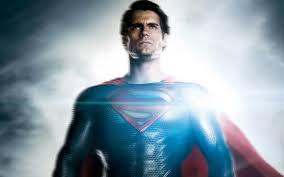 Zack Snyder, in making Man of Steel, seems to have tried to mask the problem of Superman’s perfection by swaddling him in the events of his origin and formative years. By placing a colossus of a man in the middle of impossibly colossal events, I can’t help but get the feeling that Snyder is admitting defeat. He almost seems to be accepting that Superman exists more appropriately as an idol, an empty vessel for our own hopes and aspirations, than as a person in his own right. Indeed, watching the film through, you never get a sense of a person of any description, just a blank, half-formed figured in the centre of events much bigger than him. Instead of fleshing out Superman, he fleshed out the events surrounding Superman, and that is exactly the wrong approach to take.

The fact is that there is room for vulnerability inside that iron shell, some of which is hinted at, but never fully elaborated on. We get a sense that he might be lonely and alienated (literally), but the loneliness and alienation shown is mostly explained through his adopted father rather than the man himself. Superman still remains unknowable and perfect, but we don’t even get the fun, energy and bombast that made Superman so much fun to begin with. Instead, we get a portentous, heavy mess which fails to any better define the character. By making the perfect man nothing more than the eye of the hurricane, the vacuum around which the fury of the rest of the story revolves, Man of Steel strips him of whatever little relatability he may have once had. It is a brave attempt, but ultimately, I feel, a noble failure.

The problem is, I suppose, that there’s precious little room for any grey in a world of red, white and blue. In 1978 when the first film came out, America was in a pretty terrible way. Watergate had given way to the Carter administration and stagflation, a phenomenon so rare I can’t even begin to explain it. There was a gas crisis and, as Carter himself put it, the country was in a malaise. America was in such a desperate state that, only two years after Superman came out, they elected to the Oval Office a man who once shared top billing in a movie with a chimp. I’m English, and wasn’t alive then, so I can’t speak with too much authority, but I’m willing to bet that after a decade of Vietnam, scandal and depression, America hadn’t been more in need to a Superman since the days of his creation. The crucial difference between then and now is not the circumstances (which aren’t so wildly different), it’s us. We have an almost insatiable appetite for superheroes, but of the darker, deeper, more serious kind. Maybe this is fueled by our jaded modern cynicism, or maybe it is just that we prefer all of our characters to have a certain dramatic weight. Either way, the outcome is that we prefer our superheroes with a depth of character that Superman seems to lack.

Maybe Superman will always and forever remain the domain of the kind of young child I was when I first saw Christopher Reeve flying through the air. Adults know that no one can be that perfect, no matter how hard they try or how much we wish they could be. Everyone shatters and falls eventually, be they a politician, an actor, a writer, a friend, a parent, or just someone we admire. No one is perfect, not even the perfect man, and to claim otherwise would be disingenuous. The perfection of Superman means he can seldom be anything more than a player in the uncomplicated, boys-own adventures typified by Richard Donner’s 1978 film. I’m willing to bet that around the world there are young boys and girls who will know Henry Cavill as Superman, and that, for them, he really is the man of steel. For me, however, he is less a man of steel than a hollow, metal automaton, because no man can be made of steel, not even Superman. Until that cold, hard shell is filled with and actual person, I fear there might be no room left in the world for Superman.

Posted on Jun 21, 2013 by
Christopher Dibsdall
I'm a law graduate with no interest in the law, but a deep and lifelong passion for film, music, TV and video games... but mostly film.
Follow