The Animated Sequel: Is Two Too Many?

With the impending release of Despicable Me 2 at the end of June and Monsters University coming later this summer, there’s much excitement to be seen in the eyes of every animation-lover. The trailers to the two films are credibly filled with their trademark witty slapstick and both look set to do well at the box office. Monsters University does seem more original in its content (as a sequel that’s actually a prequel) taking an origins-based plot and delving into early character development in a university setting. 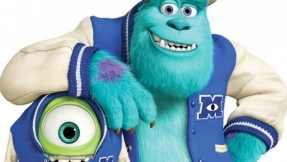 So what are the key ingredients of making a successful sequel, and are there times when sequels shouldn’t be made at all? Their likelihood of being commissioned depends heavily on opening weekend takings and gross income, not to mention the c-word: critics. For me though, there are three key features that are equally (if not more) important in the creation and eventual success of a sequel. The first of these is originality – a film will never take off if it’s been done to death before, or brings nothing new to the party. A director who understands all the intricate details of the franchise would be massively beneficial (I might also add understated), and time to iron out all the creases in the plot or animation itself is key to this genre of film.

In fact, time is pivotal to whether or not a sequel achieves success at the box office. Animated films often require longer for a follow up film because of the lengthy process that goes into creating them, but, as Toy Story has shown us, sometimes a few more months (or even years) are worth the wait if required to perfect the story arc and the quality of the feature. We had to wait four years for a sequel and then (harrowingly) 11 more for Toy Story 3, making a 17 year gap between the first and last film. The brilliance of the third film completely justified the wait though, with both the animation and storyline improving, like a French wine, with age.

Monsters University has had a similarly long gap of 12 years since the original was released, but while the directors that helmed the first film haven’t returned for the second, the originality of the trailer material suggests the sequel is in good hands with Dan Scanlon. The release of Despicable Me 2, on the other hand, only boasts a three year gap since the first film, but both directors Pierre Coffin and Chris Renaud have returned to work on the second film. While the long wait has left me anticipating Monsters University more, both look promising as sequels that will hopefully amplify their original films, and not detract from them.

Sadly, this isn’t always the case with animated films. There are several examples where one well-rounded film was enough, and the sequel managed to clumsily discredit it, rather than add to it. A particularly painful example of this is Mulan II. The 2004 sequel to the 1998 masterpiece almost destroyed all the credence that the original had built up by sacrificing Mulan’s own storyline in favour of one centering around three princesses, the characters of whom didn’t hold nearly enough weight to carry the story. A poor plot and matching poor script, as well as animation that lacked all the finesse of the first film, left me mentally throwing the sequel into a black hole in my mind and pretending it didn’t exist. Unsurprisingly, it went straight to DVD.

The Hunchback of Notre Dame II is, similarly, a direct-to-DVD disaster of a sequel, almost seeking to overshadow the brilliance of the original with its lackluster story and songs. Even the animation was criticised as being worse than the original – an occurrence that seems to be common among some of the Disney sequels. The six year gap between The Hunchback in 1996 and its 2002 sequel, instead of aiding the creation of an individual new story, served to impart a mediocre one at best. A lesson to be learned here: time is a precious commodity but can’t work wonders on a stale storyline. The plot should have been scrapped in favour of a new one, or the sequel shouldn’t have been attempted at all.

However, take one look at The Incredibles and you’ll see the opposite version of events. Here’s a Disney Pixar collaboration that has wit, originality and a score from Michael Giacchino befitting its superhero theme. Yet where is our sequel? So far unforthcoming. Director Brad Bird hinted earlier in May this year that he’d been carefully thinking about a potential follow up, but as of yet nothing is concrete. Disney and Pixar seem to be suffering from a case of indiscretion; intermittently they make decisions to adapt the wrong films for sequels. We’ve been waiting for the words ‘Incredibles 2’ for some time. Guess we’ll just have to wait a bit longer.

As valuable as time can be in perfecting animation, it can also hinder the chances of a sequel. Disney Pixar’s Brave, for example, was undertaken as a project all the way back in 2005, but only released last year. Part of the reason for this was that Pixar were developing two entirely new software programmes to coordinate the 1500 strands of Merida’s hair, which took almost three years to complete. This technological advancement is clearly a beneficial innovation when you witness the gorgeous undulation of her red curls, but the sheer amount of time the animation took before it was in the final stages makes a sequel seem unlikely or, at the very least, a long way off.

Even if Brave 2 was to be undertaken, there’s no guarantee it would be as successful as the first – certainly the originality that was key to the first film would be hard to maintain. Where would Merida’s storyline go next? Having proved that her unique, free-spirited nature doesn’t need to be counterbalanced by a husband, marriage is off the cards, in turn vetoing a Little Mermaid-esque daughter sequel. New adventures are a potential route, but this idea would have to be crafted carefully in order to avoid becoming a repetitive shadow of the first film.

Just because animated sequels seem to be on the rise, doesn’t necessarily mean the original film will benefit from a second wind. Sequels succeed if they have a continuity of good quality animation and a director who really understands the original film, characters, and subplots within it. The return of an original director is usually a good sign, but to me it isn’t vital as long as they understand the inner workings of what made the film great, and don’t rush the sequel. As an animation-optimist and having watched both trailers enough times to be classed as obsessive, I have high hopes for Despicable Me 2 and Monsters University with regard to all these areas.

Is the World Ready for an LGBTQ Disney Princess (or Prince)?
Why Space Jam Worked
Disney’s Live Action Remakes: Who are they for?
Children’s Animation and “Bad Behavior”
Adults Watching Children’s Animation
Is there an end for comedy animation industry?
A study of gender diversity in animated media