The Equalizer: Five Indian Masala Action Films You Should Watch After It

A calm but strong-looking man sits in a quiet diner with a cup of tea and a classic book. A road worker enters. Seconds later, the book has become a lethal weapon and the road worker and his accomplices have been finished off by the seemingly peaceful man. Revenge has taken place.

This very key scene from The Equalizer could exist just as well in an Indian action movie if only one would make a few changes. Many of the men would have to wear mustaches. Instead of a classic book, there would be a tv screen playing Bollywood music videos – Denzel Washington’s character could be working his way through the 100 Best Bollywood Classics instead of the 100 Books You Have to Read In Your Life. Add a few sitar strokes to the dramatic background music and you have बदला लेनेवाला (:literal translation of ‘revenger’ to Hindi).

Technically, The Equalizer is your typical, generic summer popcorn film – an action flick with some intense fights, explosions and not too much story to it. However, this particular film took a turn off the beaten path of its genre and staggered into exotic territory: with its self-righteously glorified, twisted morals and a hero that is truly invincible, The Equalizer has more than just a dash of Masala to it. If you have ever cooked an Indian dinner, you may have heard the term: ‘Garam Masala’ is a broad tag applied to most “Indian” spice mixtures. It also covers a genre that has been particularly popular in mainstream Indian cinema for the last few years, featuring invincible male heroes (preferably police officers or similar) that clean up the streets of their home town. These men bend the law to fit their personal revenge plots and are admired for doing so. In these films, the end result outweighs what it takes to get there.

Denzel Washington’s Robert McCall fits right into the frame of your standard Masala hero. For example, his particular set of skills includes the ability to take each and every person on this planet down with ease. Thus he casually fights his way through henchmen, eventually reaching the top of the Russian mafia. He also likes doing things one would not immediately associate with a human killing machine. In his case, that’s working in a supermarket and reading classical fiction – although he does show off dancing skills that almost match those of his Indian likenesses. Like any Indian masala hero, Robert McCall has suffered great loss in his life and witnessed personal tragedies. There’s even a pretty woman in his life, one who doesn’t serve any significant purpose – at least she isn’t the hero’s love interest though.

However, not everything in the equalizing Mr. McCall is truly Indian. For example, he is older than your average Masala hero, although many of Bollywood’s biggest stars have started aging. Furthermore, Denzel Washington’s star is definitely not one of the brightest lights in the sky of Los Angeles anymore. Let’s be honest; Washington has never really been an absolute A-lister. With few exceptions, he has been stereo-cast in roles demanding action, standard drama and sincerity. This made him achieve a respected career, yet not matching that of a Brad Pitt or the like. Indian Masala heroes are most often cast among the people who have been on top of the industry for a century or longer – if it’s not one of three gentlemen named Khan, it’s Hrithik Roshan. There are also actors like Akshay Kumar and Ajay Devgn that have been successful for a long time, but they mainly get cast in more comedic action roles or smaller, less successful masala films. Lastly, we never get to see Denzel Washington’s bare chest in The Equalizer. In contrast, no Indian action hero can resist showing off their hard-earned abs.

But why not make the comparison yourself? Here are five Indian Masala films that are likely to entertain anyone who enjoyed watching Denzel Washington heroically killing his way through the Russian mafia this summer. 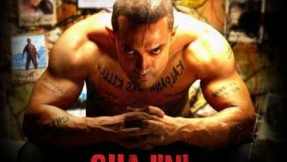 The methodist among Indian superstars, Aamir Khan takes a break from thought-provoking screenplays and amps up his (muscle) game in this action-filled remake of a South Indian Memento remake. What sounds complicated is as simple as taking the concept of an amnesic, tattooed man looking for revenge, exchanging Christopher Nolan’s black-and-white with a truly Indian color palette and infusing the story with generous amounts of romance, over-the-top violence and side plots. Ghajini strays far from the intelligent, gritty film that is Memento, yet it certainly joins the ranks of the more entertaining Masala films of the last two decades. It introduced Bollywood to the talented South-Indian actress that is Asin, cemented Aamir Khan’s ability to elevate any project he is involved in and was one of the movies to start the wave of remakes of South Indian films. 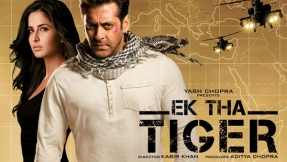 At this point in time, Salman Khan is no longer just a person, nor an actor, nor a superstar. He has become a genre of his own. Salman Khan films are over-dimensionally popular due to their universal appeal (to Indians), they are parties that keep on escalating and finally, they are some of the most versatile and crazy Masala mixtures that have ever been created. Ek Tha Tiger belongs to the one half of Salman Khan films that actually make sense in their own fictional universes (no red London doppeldeckers in a town that is clearly Prague here). Being a spy thriller, it follows the genre’s pattern of twist-after-twist-after-twist. However, not all of them are obvious to an audience of average intelligence. Admittedly, its synopsis is too silly to be re-written here; it suffices to say that it centers around Salman Khan and his beautiful companion (played by Katrina Kaif) and takes them to several exotic destinations. Still, all the plot points come together, the action is fast-paced and well-choreographed and the film is smart enough to not take itself too seriously. 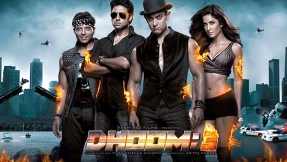 The third installment in a franchise loosely based on the Fast and Furious films, Dhoom:3 blew up a concept that had made its predecessors some of the most popular summer films in the history of Indian films. Trademarks of the Dhoom franchise that started in 2004 are motorcycles, a good dose of silliness and attractive, sympathetic villains. While the first Dhoom helped launch John Abraham’s career, the second film already featured one of Bollywood’s biggest in the role of the “villain” with Hrithik Roshan. For Dhoom:3, the makers went even further and secured a genuine Khan for the enviable position. Aamir Khan grabbed his second change in a few years to part with his shirt and delivered an entertaining, if truly exaggerated performance. More is more when it comes to Dhoom. The film also features the aforementioned “Masala babe” Katrina Kaif, who has much less to do than in Ek Tha Tiger. However, she fulfills her assignments of sexy dance and funny faces and thus represents the eye candy part of the film. Dhoom:3 features more motor cycle scenes, more silliness and less clothing than its two predecessors and so, apart from well-written female characters, has all the ingredients for a solid Masala spectacle. 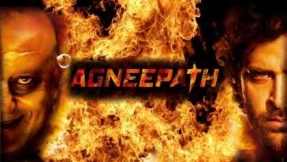 By the contemporary meaning of the word, the only Masala film accredited to Hrithik Roshan apart from Dhoom:2 so far is Agneepath. A remake of a 90s revenge flick, Agneepath is a polished, blood-filled action drama that re-defines the boundaries of life and death. Its 30-minute finale is one of the most ridiculously trashy bloodbaths of current Masala history and of course, Hrithik Roshan goes out a survivor. A cardboard-cut underworld drug lord and a chatty, vigorous girl from the streets (Priyanka Chopra) are only two of the spicy ingredients in this mixture. As a refreshing change, Roshan’s character is a quiet and calm guy – if he doesn’t slip into his crazy punching mode, that is. No overdosing on pompous monologues and catchy one liners this time. In fact, Agneepath bears resemblance to The Equalizer in that respect. 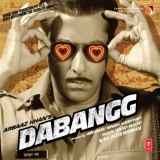 There may have been steps in a Masala direction before Dabangg, but no film defined the trend as clearly as this film. The Salman Khan blockbuster brought self-same actor back to his spot at the top of Bollywood, introduced the rising star of Sonakshi Sinha in the role of his love interest and fostered uncountable imitations. It’s a story right out of the “How to Make a Masala Film” book: a local police officer (Salman Khan as Chulbul Pandey) provides justice by eliminating threats, no matter the method. Pandey has the ability to be fast when everything else moves in slow-motion, he possesses over an impressively trained chest and can impress just about any woman with his Indian back country dancing skills. Dabangg is the film even Masala-haters are able to watch because it is so simple, so deliberately over-the-top and so well-cast that it is impossible not to entertain you.

Now, these descriptions may sound slightly unfavorable or unappealing in places, but I believe that anyone who enjoyed at least part of The Equalizer will find something to like in most of the aforementioned films. And they may realize that Bollywood isn’t always so different from Hollywood. It’s just about finding a corner that suits you.

Posted on Dec 6, 2014 by
Mette Marie Kowalski
19. Traveler, culture addict and aspiring Uptown Girl. Suffers from Peter Pan syndrome. Does her best to improve level of geekiness and explore every corner of the universe.
Edited by Amanda Dominguez-Chio, Austin, Jordan.
Follow