The Lego Movie: The Most Elaborate Advertisement Or A Universally Enjoyable Epic? 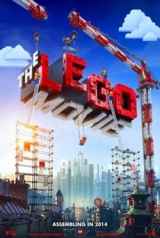 Audiences both young and old will be filled with excitement to learn that 2014 brings The Lego Movie to our screens, with acting legends such as Morgan Freeman and Liam Neeson voicing one of the world’s most beloved toys. It is directed by Phil Lord and Chris Miller, creators of funny and unique film Cloudy with a Chance of Meatballs, and the recently released trailer puts The Lego Movie in a similar genre with a great mix surprisingly impressive action scenes and humour that caters for all ages. It is arguable that The Lego Movie comes as one of the most long awaited concepts, with Lego having long been used for music videos and viral web videos, but none before Warner Brothers making a full length film using the medium.

The plot revolves around an ‘instructions worker’ named Emmet, who seems to have no creative talent when building the Lego City, opting to always follow the instructions. The unknowing hero learns that he is a ‘Master Builder’, and with the help of heroes such as Batman and Vitruvius, an old mystic (voiced by Morgan Freeman) he is tasked with saving the universe from an evil tyrant who plans to destroy everything by gluing all the bricks together. The film is set to have a great mix of comedy, action, and romance, which comes as a great triumph from little yellow pieces of plastic.

Despite the obvious anticipation felt by all generations, it could be argued that The Lego Movie is one of the most elaborate advertisements. The inclusion of LEGO products such as the Marvel and DC Universe Super Hero collections as well as the popular Minifigure collection act as a prompt for hoards of children to beg their parents for all the featured toys to re-enact their favourite scenes. The reported combination of computer animation and stop-motion used for the creation of The Lego Movie will on the upside encourage people to begin making their own small films and begin viewing Lego as more than a toy, but there is obvious potential for specific sets from the film to be sold at possibly ridiculous prices due to demand and specificity.

To imagine the ensuing merchandising campaign for The Lego Movie, we turn to films such as Toy Story. This iconic film and its sequels brought back retro and long-forgotten toys such as Mr. Potato Head, Etch-a-Sketch and Barrel O’ Monkeys, with whatever toys being featured suddenly becoming gold dust in shops across the world. When the shops couldn’t meet demand, owners of the toys would sell them online at a higher price to parents with santa lists comprised of Toy Story characters.

Similarly to Lego, fans of Toy Story were not just children, with collectors paying high sums of money to get a mint condition character. This has already been seen with some Lego products, such as the Lego Star Wars advent calendars, with the product selling out in many shops due to the collectors’ excitement at a limited edition Santa Yoda. Perhaps the most unfortunate thing about the collect-ability of The Lego Movie characters is that they will sit in the box and never be played with, a complete waste of the most important aspect of Lego as a toy with seemingly endless possibilities.

Whatever the potential for extensive merchandising, The Lego Movie will be one of those rare films that brings together audiences of all ages, being something parents will genuinely enjoy seeing with their children as well as a film that brings back a sense of childhood nostalgia and enjoyment for everyone else in between.

Posted on Jul 2, 2013 by
Louise Egan
Writing most fervidly about film, animation, comics and games, but you'll get articles on almost anything if it catches my eye. Not afraid to criticise as well as champion.
Follow