Until Dawn and Mental Health 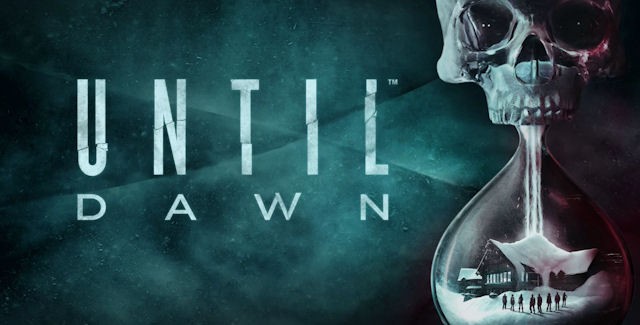 Mental health is a common a theme tackled in the horror genre. It is common that the main antagonist suffers from some form of mental illness and does terrible things to the protagonists. Famous examples include Michael Myers, a homicidal escaped psychiatric patient, from Halloween, the murderer Norman Bates, who suffers from dissociative identity disorder, from Psycho, and the character of Sweet Tooth, from the Twisted Metal games, is also depicted as an escaped psychiatric patient. It is also not uncommon to have a mental health institution as a main setting. The video game Outlast is set in a mental institution and the Baltimore State Hospital For The Criminally Insane is a setting for Silence of the Lambs. The issue of mental health is easily addressed by the horror genre because it relies on human psyche in order to illicit a response. This genre only succeeds because it feeds off of human fears and desires, and both of which originate in the mind. Sadly, the over saturation of negative portrayals involving suffers of mental illness, usually in this genre, have created a stigma around mental health issues. The horror genre relies on the concept of fear and we have been conditioned to fear mental illness and its surrounding issues.

The 2015 horror game Until Dawn, developed by Supermassive Games, seemingly follows the well-known trope of mental illness in its genre. However, the game creates sympathy for a character who suffers from mental health issues by not making the character truly evil, like the common trope, or the main major antagonist. The game follows the horror genre formula, but it also slightly changes the common perception of mental illness if the player is able to piece all the clues given by the game together.

The character of Josh, portrayed by Rami Malek, is revealed early in the game as one of the game’s eight protagonists. He is the older brother of Hannah and Beth, who had disappeared a year prior to the main events of the game. He is initially described as thoughtful, loving and complex. As the game continues he is revealed to be the antagonistic Psycho. During the reveal of the Psycho’s identity, Chris, another one of the eight protagonists and Josh’s best friend, will state “well he’s definitely off his meds.” This would be the player’s first indication of Josh’s mental state if they had failed to escape the Psycho while playing as Sam, the heroine of the story, earlier in the game. The real details of Josh’s mental state can only be acquired if Sam escapes the Psycho and finds the Psycho’s lair.

This information reveals that Josh is off his medication, as Chris would suggest later on in the game. However, the Psychiatric report contains the most vital information in regards to Josh’s mental condition.

The report reveals that Josh has been on medication for almost a decade and he has been prescribed various anti-depressant medications including Fluoxetine, Amitriptyline, Duloxetine, and Phenelzine. It also reveals that the medication wasn’t working as planned and that Josh had begun taking increased doses. All of these drugs focus around the neurotransmitter serotonin. Serotonin is thought to play a role in depression, and has been touted by the media as the cause of depression. However, the link between serotonin and depression has been researched, debunked, supported, and theorized for years. It is a simple explanation for the complex issue of depression. The debate between the link between serotonin and depression continues to this day, but the most common antidepressant medications prescribed are SSRI ( selective serotonin reuptake inhibitor) drugs. The drugs that are prescribed to Josh fall under this category. Sadly, Josh’s actions do not align with the symptoms of depression. Between the drugs not working and Josh’s symptoms it suggests that Josh was misdiagnosed.

Near the end of the game the player gets to witness the hallucinations that Josh suffers from as he goes through major withdrawal. Josh sees grotesque versions of his sisters who taunt him. He sees a giant pig head that wants to consume him. The scene plays out in a confusing and disturbing way, and the player sees what Josh has to live through. This scene serves as the tragedy that is Josh’s mental health and his treatment.

The second interpretation, which can only be achieved by examining all the pieces of evidence provided by the game, is that Josh is a tragic figure. He is a victim of the failures of the mental health care system. Josh was consistently misdiagnosed and he suffered tremendously for it. Josh, albeit a fictional character, is a representation of the very real issue of misdiagnosis in the mental health field. With this interpretation the game could be seen as an urging to not push aside and hide mental illness, but instead try to improve the mental health system and improve the care for mental illness sufferers.

Until Dawn can be interpreted as a message that current mental health care system is flawed and that issues surrounding mental health need to be readdressed. In this aspect that game breaks away from the trope that mental illness is the equivalent of evil. This is also enhanced by not having the character who suffers from mental illness as the main antagonist. However, the game’s ending for Josh perpetrates another sad trope associated with mental illness: there is no happy ending.

The game ends with Josh dying at the hands of Hannah’s Wendigo or turning into a malevolent Wendigo himself. The game was never meant to be anything but a homage to the teen-slasher genre, but with slight and important details in regards to Josh’s diagnosis the game deviated from the common black and white portrayal of mental illness in the horror genre, and could be used as a catalyst for discussion. The game could have taken the opportunity to give Josh the chance at a fulfilling life, but instead made him the only one of the eight protagonists in the game who cannot be saved. The mental illness sufferer cannot be saved. It is a message that is portrayed in media all the time and Until Dawn does nothing to contradict the message. It is unfortunate that the creators of Until Dawn took this approach to Josh’s character, especially after leaving numerous evidence that Josh simply needed proper help. Perhaps Josh’s outcome was to reinforce the idea of him as a tragic victim, but the approach, sadly, appropriated a common theme in media portrayal about mental illness.

Until Dawn is an interesting game to analyze in regards to mental health because it breaks away from a common horror trope in portraying a mental health sufferer as not being the big bad, but rather a tragic figure who was failed by those who swore to help him, but the game also reinforces the idea that a mental health sufferer cannot have a happy ending. Until Dawn is a game that never set out to revolutionize the tropes of the horror genre, the creators considered it as a homage to horror cliches, but it begs the question as to what if the game had?