8 Films to See Before Blue Jasmine: A Crash Course in Woody Allen Movies

With the release of the trailer for his latest feature, Blue Jasmine, Woody Allen seems to have reverted to his penchant for gritty drama rather than the lighter tones characteristic of his last few comedies. Allen has always had an uncanny knack for balancing raw, emotional drama with quick-witted writing and hilarious dialogue. In this respect he expertly wrangles the line between depressing and uplifting, without leaning too much either way. Blue Jasmine promises to draw on his well-established talent for coaxing unexpected and transformative performances out of his actors through its focus on the mental breakdown of Jasmine (Cate Blanchett) after she loses her life’s fortune and is forced to move in with her quirky younger sister in San Francisco. Set for a summer release in the coming weeks, the film promises to intrigue its viewers and deliver an intimate look at the human psyche in line with the rest of Allen’s oeuvre. In preparation for the self-deprecation, familial disintegration, and brutally honest humor that will inevitably feature in Blue Jasmine, here is a tentative list of Woody Allen’s top films. Whether you’re uninitiated in Allen-speak or an avid Allen fan, this list provides the gateway to hours of enjoyable mayhem via the movies of one of the longest-working directors in the film industry today.

A hidden gem in Allen’s impressively long list of works, Hollywood Ending is a tongue-in-cheek comedy built around the unlikely premise of a film director unexpectedly going blind just as he begins work on his much-anticipated new feature. Pointedly self-reflexive and peppered with references about the intersection of art and commercialism within cinema, Hollywood Ending truly captures Allen’s love for the medium. The film illustrates some of his own struggles in trying to fit in somewhere between the realms of the popular and the cult. It remains one of Allen’s most under appreciated films, undeservedly lost in the vast throng of his other works; for both the Allen connoisseur and the novice, Hollywood Ending is a must. 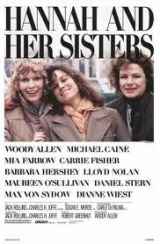 A textbook example of the blending of comedy and drama, Hannah and Her Sisters often leans towards the latter in its depiction of the twisted relationships between three sisters and their respective partners. Insecurities are confronted, long withheld truths are revealed, and the fickle nature of love is exposed. The film is a quintessential example of how Allen creates realistic dialogue, as shouted arguments overlap and conversations follow a natural flow that feels almost documentary-like. The result is that we can’t help but become completely absorbed in the warped reality of these characters, perhaps even more so because of Allen’s casting of himself and his then-partner, Mia Farrow. Though Allen often acts in his own features, his performance here is mesmerizing for its uncharacteristic seriousness as he unravels the complexity of relationships. 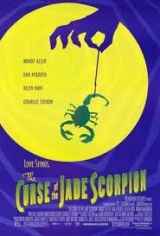 Spot-on casting and some of Allen’s sharpest script writing make this a must for any Allen retrospective, despite complaints that its premise is outlandish even by the director’s standards: an insurance investigator inadvertently ends up running after a criminal he can’t outwit – himself – after he is hypnotized into committing robberies by a deviant magician. Sprinkle in the 1940s setting and the liberal doses of suave jazz and you’re left with a ‘typically Allen’ film, especially considering Allen’s long-term experience as a jazz musician. The bizarre humor and quick-fire dialogue exchanged between C.W. (Allen) and Betty (Helen Hunt) are perhaps the only elements to ever justify the phrase, ‘laugh out loud’, while the supporting talents of Dan Akroyd and Charlize Theron add to the repertoire of impressive performances. Though many an Allen fan may only classify this film as a guilty pleasure, it’s the kind that infinitely rewards multiple (if hidden) viewings. 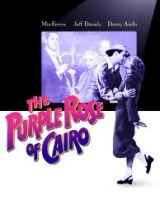 Another sweet homage to his love for cinema, The Purple Rose of Cairo reinforces Allen’s personal investment in the power of film, jazz music, and the illustrious Mia Farrow. The eccentric plot revolves around a disillusioned waitress coping with the economic strife of the Depression and a loveless marriage by going to the movies to revel in escapism. Her wildest dreams come to life when a protagonist in one of the films she frequents notices her repeated visits and decides to step out of the film to join her in real life. Reality and fantasy become inextricably linked when she meets the actor who plays the film character in real life and has to decide between the two suitors. Playful, self-referential, and wondrously comical, The Purple Rose of Cairo both critiques and praises cinema’s ability to draw us into a world where happy endings triumph and impossibly beautiful people enact the dreams that are mere whispers in our own minds. Though seemingly light and frothy, it’s a deeply personal film that explores Allen’s own relationship to cinema in an entirely original manner. 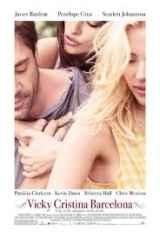 Vicky Cristina Barcelona continued Allen’s trend of working internationally after his slew of London-based films, including Match Point and Scoop. Set in Spain, the film captures Allen’s fascination with non-traditional relationship arrangements and acts as a decidedly ‘European’ examination of love and passion. The film focuses on friends Vicky (Rebecca Hall) and Cristina (Scarlett Johansson) as they travel to Barcelona for an art-infused summer retreat. They meet and begin a complex relationship with painter Juan Antonio (Javier Bardem), even as his psychotic ex-wife Maria Elena (Penelope Cruz) reenters the picture. Exploring once again the intricacies of human relationships, Vicky Cristina Barcelona asks different questions within Allen’s trademark themes. Instead of stressing the impossibility of love, the film straddles the line between expectations and reality to suggest that love can strike anywhere, anytime, and without reason. A characteristic blend of pessimism and optimism, Vicky Cristina Barcelona reinforces Allen’s knack for directing actors and bringing out their best possible performances regardless of their talent and experience or lack thereof. 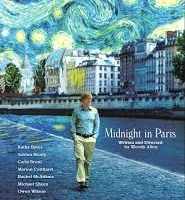 After a number of misfires with awkward casting and lackluster story lines, Allen returned to prominence with Midnight in Paris, a whirlwind modern fairytale of an American tourist (Owen Wilson) who discovers a time portal to the 1920s whilst traveling with his disgruntled fiance (Rachel McAdams). Allen’s forays into the supernatural are always tempered with a believability that renders the plots human and accessible. Moreover, it’s a pleasure to watch Wilson molded as Allen’s duplicate: neurotic, awkward, and hesitant, Wilson assumes his least confident yet most charming role in years. The rest of the casting is equally on par and made all the more intriguing by the representation of historical figures, with everyone from Hemingway to Scott Fitzgerald thrown in the mix. Midnight in Paris captures Allen’s trademark blend of kookiness with depth, asking whether things really were all that much better ‘back in the day’. Allen is no stranger to psychoanalysis and indeed all of his works are infused with it to different degrees. This is arguably done most successfully when the story incites the viewer to confront his/her own demons, rather than when the protagonists rattle off their own neuroses. Midnight in Paris manages to probe deeper without losing its sense of wonder and enchantment, privileging a city that has defied logic for centuries. 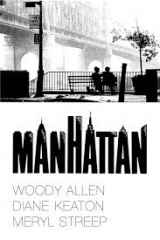 Woody Allen’s personal love letter to the most consistent muse and companion of his tempestuous life is a tour de force of poetry, longing, and intoxicating black-and-white photography. As artsy as it is mocking, Manhattan navigates a love triangle between Isaac (Allen), his best friend’s lover (Diane Keaton), and a teenage girl (Mariel Hemingway), while Isaac struggles to recover from his recent divorce with Jill (Meryl Streep). If that sounds a little complicated, that’s because it is. As the aloof characters attempt to form meaningful relationships and convince themselves constantly that this time they will get it right, we realize quickly that none of them have the answers and some have even forgotten the question. Allen explores the utter nonsense of life, love, and death within a framework of snappy dialogue and quirky twists that have influenced filmmakers for decades since. Meryl Streep’s role as the ex-wife-turned-lesbian had generated laughter years before Carol left Ross on Friends, while Allen’s taboo relationship with a teenager onscreen eerily reflected his own real-life scandal with adopted daughter Soon-Yi. Allen has always used his own experiences as material for his films, but nowhere is this more evident than Manhattan, where the boundary between art and reality thins, blurs, and sometimes even disappears altogether. A cult classic and homage to his true soul mate, Manhattan serves as Allen’s quintessentially autobiographical film. 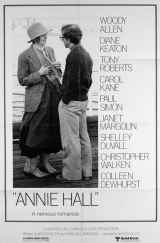 Famed as Allen’s best effort (and the only film to win him the Academy Award for Best Director despite being nominated for the category six other times), Annie Hall serves as the ultimate romantic comedy, in equal parts for its idealism and cynicism about relationships. The film follows the peaks and troughs of Alvy (Allen) and Annie (Diane Keaton)’s relationship as they fall in love despite their opposite personalities and backgrounds. Annie Hall foregrounds Allen’s self-deprecating humor and Jewish identity more overtly than many of his other films, firmly establishing the roots of his comedy in a critique of both tradition and modernity. The classic dinner scene juxtaposing Alvy’s chaotic family with Annie’s straight-laced, WASP-ish one has deservedly been counted among the finest comedic scenes in cinema. Similarly, Alvy’s hilarious trip to Los Angeles has become legendary, reaffirming Allen’s preference for the east coast after he is confronted with the twin evils of sunlight and organic food. Additionally, the film’s brilliant opening and conclusion incorporate Allen’s origins in stand-up, using direct address to deliver some of his funniest yet most perceptive jokes. Through Annie Hall, we not only fall in love with Annie, but also with Allen himself – learning to accept all his flaws and annoying quirks in that extraordinary way only true love can facilitate. Bridging the gap between hilarious and heart-breaking, Allen instills Annie Hall with all of the characteristics that have defined him as an innovative director and established him among the great comedic writers of our age.

Whether it’s through a witty line of dialogue or an exceptionally crazy character quirk we inevitably recognize in ourselves, Woody Allen’s films have touched audiences for decades, and hopefully will continue to do so in his much-awaited new endeavor, Blue Jasmine.